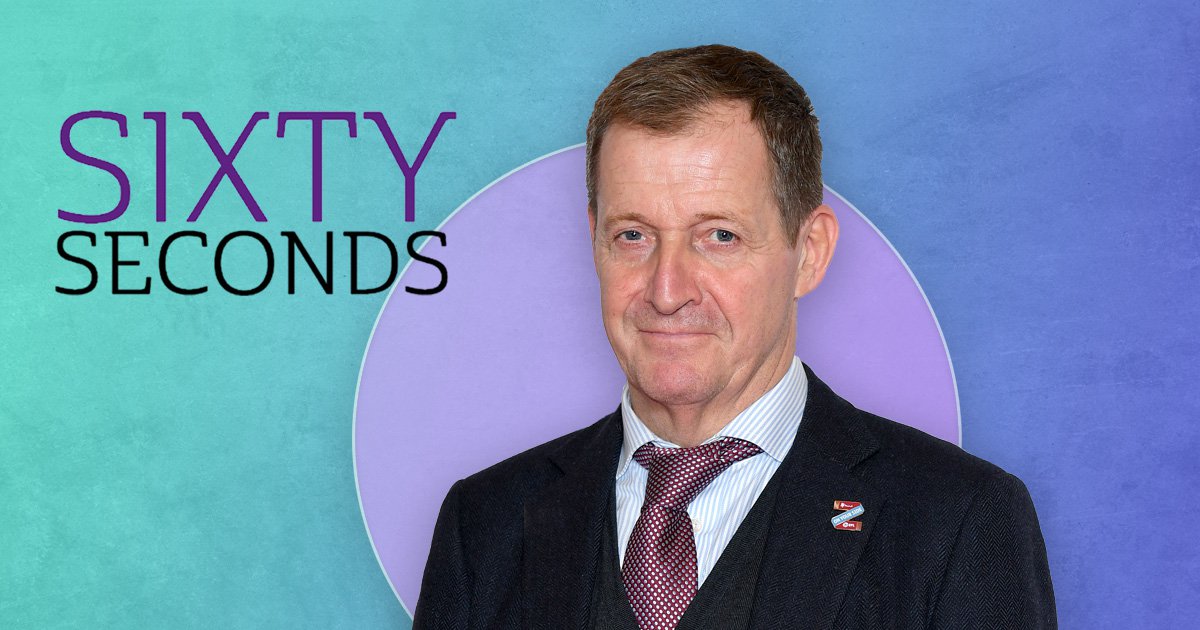 The former New Labour spin doctor, 63, on Abba, alcoholism and why he still hates ketchup.

Your book Living Better: How I Learned To Survive Depression is coming out in paperback. How have you been doing during lockdown?

It’s interesting, I’ve not been physically ill at all. Now, I’ve had one quite bad bout of depression, one moderately bad and one which was OK but not very great.

And I had one spell where I was really quite manic. That’s lower than my usual average…

What advice do you have for people who have been struggling?

My jam jar is very important — that’s just about identifying the things that help me and taking care of them. So looking after your key relationships is absolutely fundamental, as is keeping busy.

If you’re finding big things a struggle, focus on little things and build. I try and do exercise every day.

Sleep is incredibly important. I used to almost pride myself on thinking I didn’t need to sleep very much — that’s a mistake.

And help can come from unlikely places too: cricket legend Geoffrey Boycott helped with your alcoholism…

Boycott was a childhood hero when I was growing up in Yorkshire. I loved the fact that he was slow and cussed, he would just play every ball on its merits.

And so I used to do this thing where at the end of every day when I got into bed, I would pretend to be Jim Laker and Richie Benaud in the Test match commentary and Laker would say [doing an impressive impression], ‘Well, it’s Alastair Campbell, it’s another day, he’s not out. He’s now on 2,942 — what do you think of that, Richie?’ ‘Yeah, well, it’s been a very good performance.’ In my head I was Boycott, determinedly staying at the crease.

Was it tougher to witness your son Calum’s battle with alcohol than it was dealing with yours?

Definitely, because I was conscious that he was in denial, just as I had been. Until the person recognises there’s a problem, there’s very little you can do other than be there for them.

Vladimir Putin once noticed you weren’t touching the vodka at a private dinner. Awkward…

They kept bringing round vodkas for these toasts. Putin looked across and saw my glasses were untouched. That was when Tony [Blair] said — ‘Oh, don’t worry about him, he’s a thing-aholic.’

I do have an addictive personality. There are times I’ve just had to pour drinks into plants.

Do you still have a fear of tomato ketchup?

It’s called saltomaphobia — I can eat tomatoes but I can’t drink tomato juice. I’m aware of how irrational the ketchup thing is but if I even see a bottle in a shop I have this total revulsion.

Did your kids grow up having to put mayo on their chips?

No, I can just about manage. But if we’re out in a restaurant and I see somebody splattering ketchup on everything I have to look away. It’s probably about blood, because I have always been squeamish.

I don’t like watching anything really horrible on TV. I passed out when my wife Fiona [Millar, campaigner and former Labour adviser] had an amniocentesis with our daughter, Grace. I had no idea it involved a needle the size of a saw.

Congratulations on your recent civil ceremony to Fiona, by the way — after 41 years! Did you have to do it after campaigning for mixed-sex civil partnerships for so long?

Grace was always pressing us to do something. And we thought, well, we’ve banged on about it, we might as well do it. Absolutely nothing has changed!

You had Abba on your post-service playlist — what’s your favourite Abba song?

Probably Thank You For The Music. I also absolutely love Super Trouper. Only for the fact that Glasgow’s in the lyric. Normally it’s New York or Alabama or London but Glasgow? I love that.

How would you spin Harry and Meghan back into favour after that Oprah interview?

They’ve made their decision — I would just say, carry on doing what you do. If they worry too much about how they’re seen by the papers, they’ll get nowhere.

Radio 1 DJ Jordan North almost stole your crown as the country’s most famous Burnley fan. Are you worried?

He’s a very nice guy! I have been to 87 grounds as an away fan. Most of his time following Burnley, we’ve only been in the top two divisions. I’ve followed them down to the bottom of the fourth division. He’s never going to beat that.

Your daughter Grace is a comedian and activist. Has she turned you into a feminist to be proud of?

I think so. I’m much more aware of what that generation of feminists means by feminism. I’m still useless in terms of domestication — I still can’t use the coffee machine. But I would say I am a very good theoretical feminist.

Living Better: How I Learned To Survive Depression is out in paperback on Thursday.