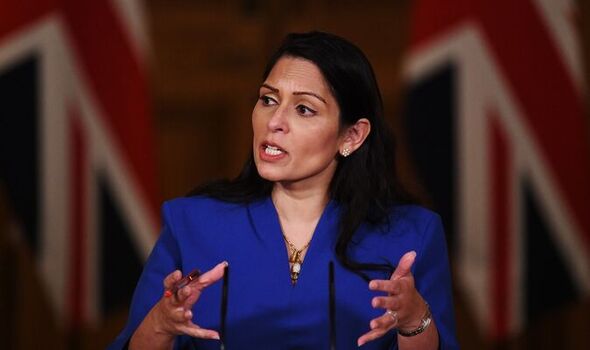 And the Home Secretary accused them of hoping to “disappear into the criminal underworld fuelled by Albanian gangs”. More than 700 Albanian migrants arrived in one day last week and the Home Office now estimates they make up 50 to 60 per cent of all crossings.

The National Crime Agency and regional organised crime units think gangs which control the majority of the UK’s cocaine networks are increasing their stranglehold by bringing foot soldiers across the Channel.

As part of a major crackdown, Ms Patel has struck a deal with Tirana to boost the sharing of fingerprints and forensics of criminals attempting to sneak into Britain.

Albanians arriving by boat illegally will have their case considered immediately, with those whose claims fail sent back as soon as possible.

And the Government has paid for a £1million police station in the Albanian capital to help process the migrants when they are returned.

Ms Patel, who is continuing talks with the country’s police today, said: “It is shameful and absurd so many Albanian nationals are entering when their home country, Albania, is a safe country.

“They are asylum shopping, making attempts to claim asylum in the hope they can disappear into the criminal underworld fuelled by Albanian gangs. We will bring this to an end.”