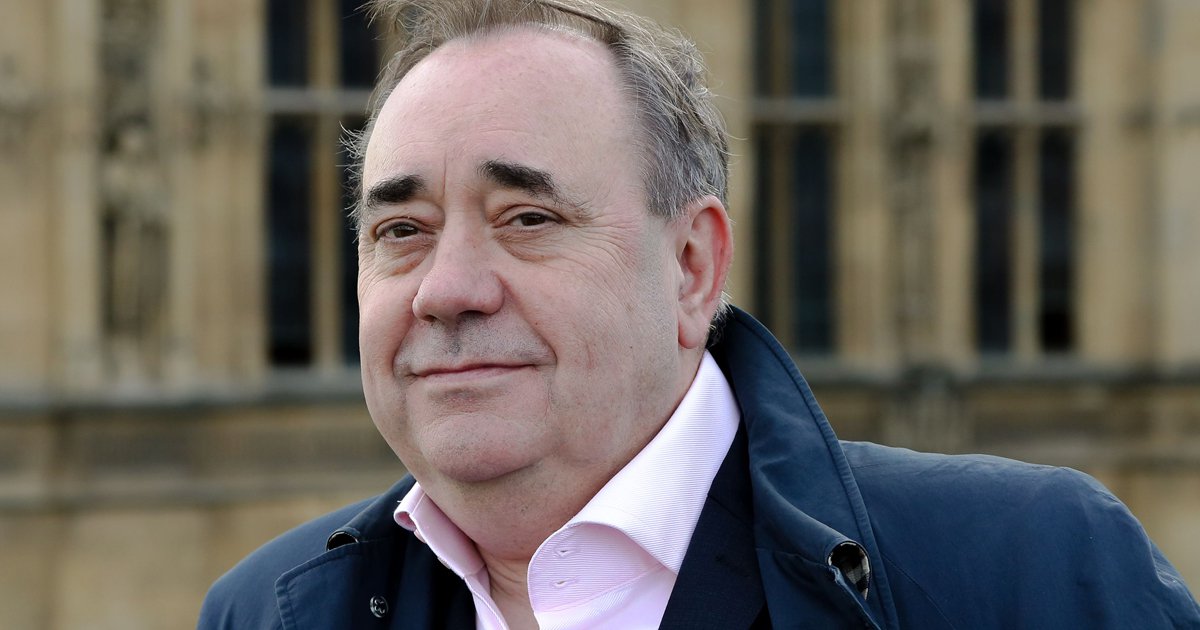 Alex Salmond has refused to give evidence before a Holyrood inquiry into the Scottish Government’s mishandling of sexual harassment allegations made against him.

Scotland’s former first minister was due to appear before a committee on Wednesday afternoon but cancelled after a document of one of his submissions was heavily redacted.

The Crown Office said it had ‘grave concerns’ that his evidence – that had already been published on the parliament website – into an alleged conspiracy by his former colleagues could be in contempt of court.

A Scottish Parliament spokesman announced on Tuesday evening: ‘Mr Salmond has informed the Committee that he will not be attending tomorrow’s meeting to give evidence.

‘The Committee will instead meet in private to discuss the implications of Mr Salmond’s response and the next steps for its work.’

Earlier his lawyer David McKie said the redaction had caused ‘significant surprise and concern’ and that Mr Salmond was ‘entitled’ to have his evidence published.

‘If any aspect of it is removed, it compromises his oral evidence,’ he added.

His lawyers wrote to the MSPs saying that it was ‘now clearly impossible’ for their client to attend as planned but was available to appear instead on Friday.

In the redacted section, Mr Salmond accused officials in the Scottish Government and SNP of ‘a deliberate, prolonged, malicious and concerted effort’ to smear him ‘even to the extent of having me imprisoned’.

He claimed Nicola Sturgeon’s husband and SNP chief executive Peter Murrell, and her chief of staff Liz Lloyd were among them in a section that has remained unchanged on the parliament website.

Mr Salmond also described the Crown Office as ‘unfit for purpose’ in the evidence that was in the public domain.

The Scottish Parliament’s Corporate Body (SPCB) agreed to remove the submission and replace it with a redacted version with five sections censored – almost 500 words.

His successor Ms Sturgeon has denied the allegations and that he does not have ‘a shred of evidence’ to back up the conspiracy claims.

She told BBC Scotland on Monday: ‘This is his opportunity – because the burden of proof of that lies on him, to replace the insinuation and assertion we have heard over several months now with evidence.

‘I don’t believe he can do that, because I know what he is claiming about a conspiracy is not true.’

Parliamentary inquiry, The Committee on the Scottish Government Handling of Harassment Complaints, was set up to look into the Government’s unlawful investigation of allegations against Mr Salmond.

The investigation was found to be ‘tainted by apparent bias’, after it emerged the investigating officer had prior contact with two of the women who made complaints.

Mr Salmond, who was later acquitted of 13 charges of sexual assault in a criminal trial in March 2020, was awarded more than a £500,000 payout after he successfully challenged the lawfulness of the investigation.

He had been expected to give evidence about the botched investigation and face questions about his allegations that Ms Sturgeon misled parliament and breached the ministerial code on Wednesday.

A Scottish Parliament spokesman said: ‘Following representations from the Crown Office on Monday evening, the Scottish Parliament Corporate Body (SPCB) agreed collectively this morning that it will remove the Alex Salmond submission on the ministerial code from its website with immediate effect and republish it later today in a redacted form.

‘The SPCB will respond formally to the Crown Office shortly.’

A spokesman for the Crown Office said: ‘In all cases where the Crown becomes aware of issues of potential contempt, these will be considered carefully and action will be taken if considered appropriate.’

A month shy of her second birthday, Lower Hutt toddler Elenna McKinstry still wears size 0 clothing. At 8 months old, she was in the…

Bikers, British army veterans and their supporters join London rally demanding that no more old soldiers should be tried over historic Northern Ireland offences after…