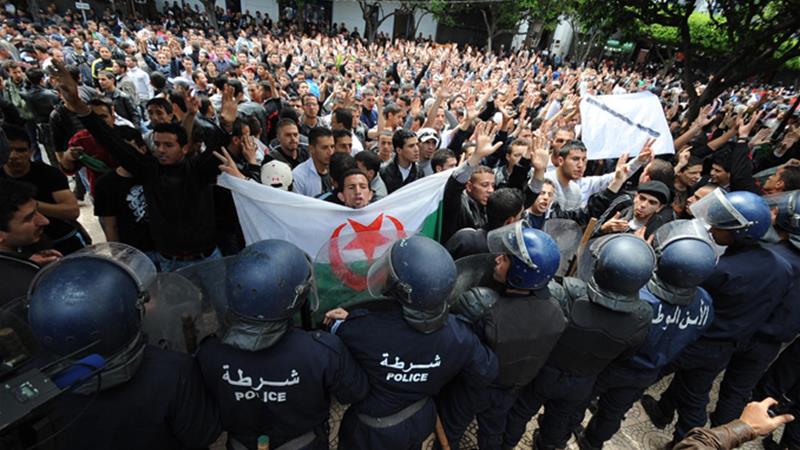 Algeria has recalled its ambassador to France for consultations after French public television aired documentaries on the North African country’s anti-government protest movement, one of which contained shots of young people kissing and drinking alcohol.

The Algerian foreign ministry on Thursday said in a statement the two documentaries, while “seemingly spontaneous and under the pretext of the freedom of expression, are in fact attacks against the Algerian people and its institutions, including the National Armed Forces”.

The statement claimed that the airing of the documentaries, both broadcast on Tuesday, shows “malicious … intentions from some circles” opposed to good relations between Algeria and its former colonial ruler, France.

The documentary on France 5 television portrayed five Algerians in their 20s, notably showing a couple kissing and people drinking alcohol – activities frowned upon in the largely conservative Muslim country where modern social attitudes are at odds with traditional values.

This prompted heated discussions on Algerian social media, with some commentators claiming that the scenes provided a distorted image of the pro-democracy movement.

The second film, also about the protest movement, was broadcast on the French parliamentary channel.

France’s foreign ministry on Thursday said: “All media enjoy complete editorial independence, which is protected by law in France.”

The statement stressed that France attaches “the highest importance” to “deep and old relations” between the two countries.

In April 2019, mass demonstrations brought down the longtime president of Africa’s largest country, Abdelaziz Bouteflika, and his entourage.

The pro-democracy movement is looking for more change in a nation whose rulers have been shadowed by the army since independence from France in 1962.

Algeria ranks 146th out of 180 countries on Reporters Without Borders’ world press freedom index for 2020 – which has Norway ranked first and North Korea in 180th place.