The post-Brexit trade negotiations have been thrown into disarray following the Government’s decision to introduce a new law that may change customs plans with the EU. No.10 has denied that this will “tear up” the withdrawal agreement, which laid out how trade was going to work after Brexit, particularly in Northern Ireland. Reports claim that such a law could “override” the legal force of the treaty — settled on last year — but Downing Street has said it intends only to make “minor clarifications in extremely specific areas”.

However, the EU has been left aghast at the notion, and said the “full implementation” of the withdrawal agreement was a “prerequisite for the negotiations on the future partnership”.

The treaty was signed last year before the UK officially left the EU on January 31, and set out the Northern Ireland Protocol.

This stated that Northern Ireland would still follow the rules of the EU’s customs and single market to avoid a hard border of the island of Ireland, and a customs border would be established down the Irish Sea.

The country itself would officially leave the bloc along with the rest of the UK. 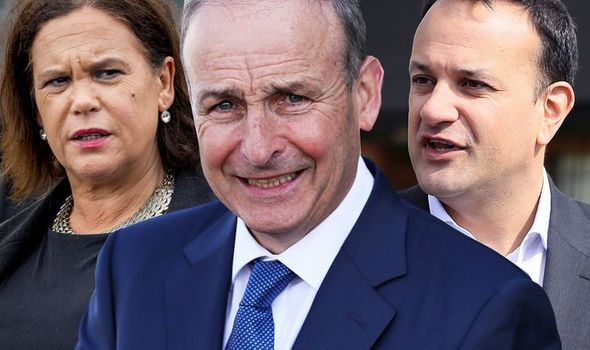 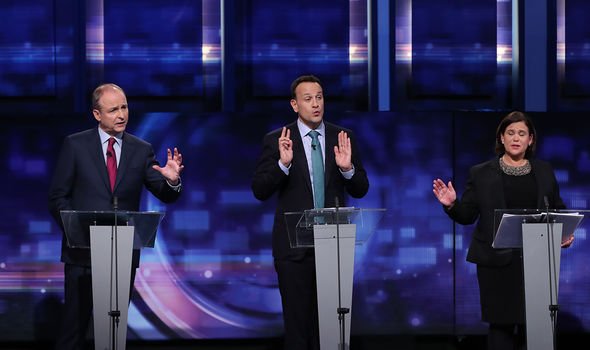 Customs declarations would therefore be necessary for goods travelling from Northern Ireland to Britain, and vice versa — which raised concerns within unionist spheres.

They suspected the country would become isolated from the rest of the UK.

No.10 has now expressed a wish to maintain trade across the four nations of the UK in the event of a no deal Brexit — which could violate the Northern Ireland Protocol.

The new law means ministers could scrap export declarations on goods moving from Northern Ireland to the rest of the UK, and would limit EU state aid requirements to Northern Ireland. 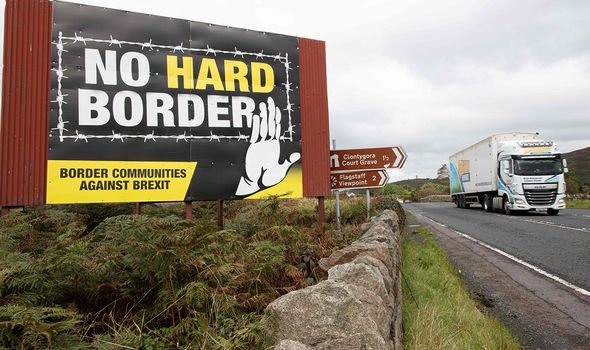 However, according to Economics Professor Kevin O’Rourke, this suggestion is likely to have caused upset in Ireland.

He told Express.co.uk: “I would expect that all parties in Ireland would be united in horror at any attempt by the UK Government to resile from an internationally binding treaty.”

Indeed, the pro-Remain parties in Ireland accused No.10 of “serious betrayal” over its new suggestion. 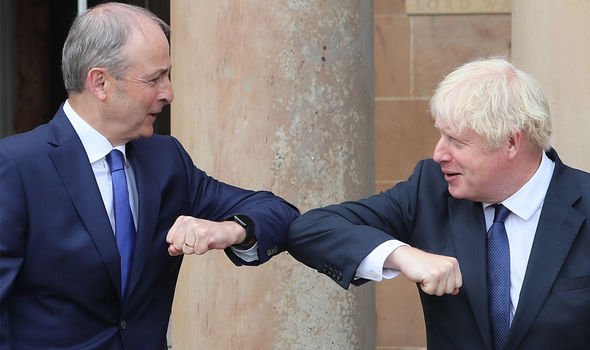 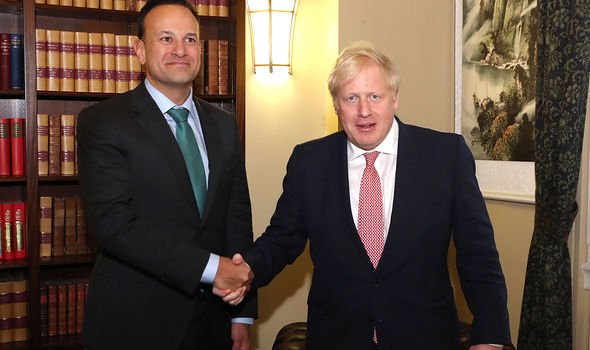 Sinn Fein, the SDLP, Alliance and the Green Party wrote to Mr Johnson this week acknowledging that the protocol was “imperfect”, but that it was crucial to prevent a hard border between Northern Ireland and the Republic.

Foreign Affairs Minister in Ireland Simon Coveney said abandoning the withdrawal agreement would be a “very unwise way to proceed”.

The main Northern Ireland unionist party, the DUP, issued a statement asking to see the “finer details”, but admitted the Government must “continue to work to remove any disadvantages to Northern Ireland brought about by its signing up to the protocol”.

The DUP was deeply concerned after Mr Johnson signed the protocol, believing it would push Northern Ireland more towards the EU as it would still have to follow the bloc’s trade rules.

Mr Johnson has already said that if a deal could not be reached by October 15, it was time to “move on”, and there would be no deal, adding another pressure to the intensified trade talks.

The UK Internal Market Bill is set to be published tomorrow and will reveal the changes the Government wants to make to Northern Ireland trade.