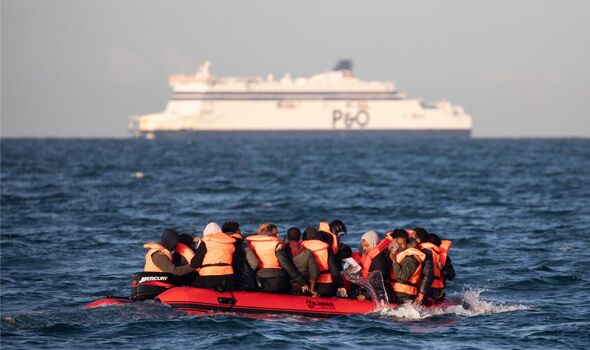 Home Office data showed they were among 60,290 whose cases have been ongoing for more than three years.

It will prompt fresh concern about the Home Office’s ability to process asylum claims in a timely manner, with Home Secretary Suella Braverman previously admitting the system has been overwhelmed by Channel migrant arrivals.

Alp Mehmet, chief of Migrationwatch UK, said: “If after ten years it is still not possible to make a decision, the claim is clearly pretty weak.

“Such failures are the result of dithering and indecision. It’s an absolute disgrace.”

The Home Office said it provides accommodation and a weekly allowance to support asylum seekers.

People seeking asylum are given somewhere to live, and a weekly allowance of £45 to cover food, essential items and travel.

Shocking figures, released by the Home Office under a Freedom of Information request, show 12,994 asylum seekers had been in the UK more than ten years, as of last June.

The think tank said the growing gap between the British and French rate of granting asylum claims is pushing more people to travel to the UK to claim asylum.

Over the past decade, 680,000 claims have been rejected by France, it said.

The asylum system is bucking under the pressure by the Channel migrant crisis and a growing asylum backlog.