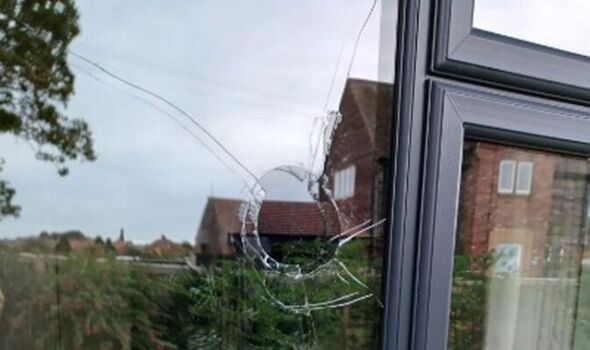 A mum took her son to a police station to be questioned after discovering he was involved in an act of vandalism.

On October 15, a group of boys threw a glass lemonade bottle at a bungalow, smashing a window.

The incident occurred on Park Road in Ryedale, North Yorkshire, at around 7.45pm.

North Yorkshire Police appealed for information at the time in a bid to find out who was involved, reports Yorkshire Live.

Four boys, aged between 14 and 15, wearing dark clothing, were seen fleeing the scene.

A 14-year-old boy was later challenged by his mum and taken to a police station for questioning.

In total, four teenagers were interviewed and each admitted to playing a part in the crime.

The boys said they would apologise to the victim for the damage caused as well as agreeing to pay for the window to be repaired.

Police hope that other parents will do the same thing in future to stop these acts happening.

PC Jane Jones said: “They have agreed to pay compensation to cover the cost to get the window repaired.

“They have also agreed to take part in restorative justice with the victim which includes apologising for the damage and upset they have caused.

“I thank the victim and the parents for supporting this process which will hopefully put a stop to such offending in the future.”

People flooded to Yorkshire Live’s Facebook page to share their views on the matter, with one person commenting: “Well done to the parent for taking her son to police station, we need more parents like her in this day and age”.

Another person wrote: “What an amazing mother. Wonderful of her to make her son own up, together with the others involved, and make the consequences fit the crime.

“I also say well done to the gentlemen for biting the bullet and taking the blame for your actions”.

A third person added: “Good on her; we need more parents like her; kids need discipline, and, not being allowed to get away with things, I’d have done the same thing.”