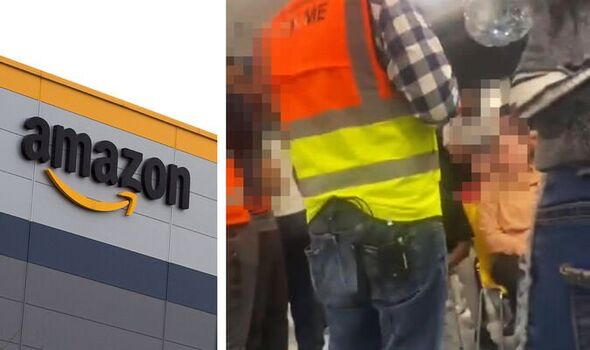 Employees at the e-commerce giant’s plant in Bristol are today (Thursday) staging a sit-in in the canteen, and a few hours ago workers in Doncaster followed suit. Union GMB, which is organising Amazon workers, told Express.co.uk it expects protests to be “ongoing”, risking disruption to orders.

Staff at the online retailer’s sites in Swindon and Rugby are believed to have staged walk-outs, and workers in Coventry have remained in their canteen.

Amazon employees are protesting against the company’s latest pay offer, which GMB says amounts to a 35p per hour pay rise, as workers grapple with the soaring cost of living.

The rise would be worth an increase of just £10 a week for the average worker. 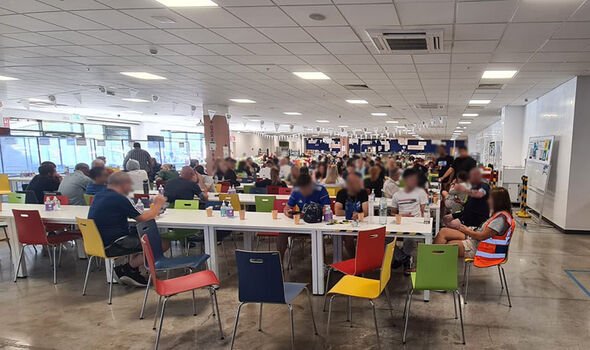 The union is calling for a £2 per hour pay rise from the company, and on Tuesday submitted a formal claim.

Andy Prendergast, GMB National Secretary, said Amazon workers “need a decent pay rise from one of the most profitable companies on earth”.

“When the high street was shut due to COVID, Amazon continued to make money,” he added. “It is only fair that they share this with the people who do the work for their business.”

Amazon workers are said to be paid between £10.15 and £11.10 per hour depending on location. The 35p lift would amount to roughly a 3 percent pay rise. 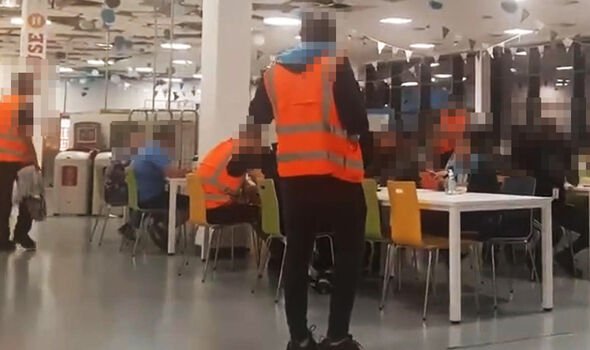 Workers across a vast range of industries and sectors are striking or preparing industrial action over “paltry” pay increases, after two years of largely stagnant wages through the coronavirus pandemic.

Many are seeking higher pay packets in response to a soaring cost of living, which has seen household bills skyrocket. Inflation hit 9.4 percent in June, and is expected to rise as high as 11 percent by the end of the year.

Recent industrial action on Britain’s rail network are expected to continue through the summer, with Aslef drivers set to strike this coming Saturday.

RMT workers will stage industrial action next Thursday and Saturday (August 20). The rail strikes threaten to many stranded as they seek summer getaways. 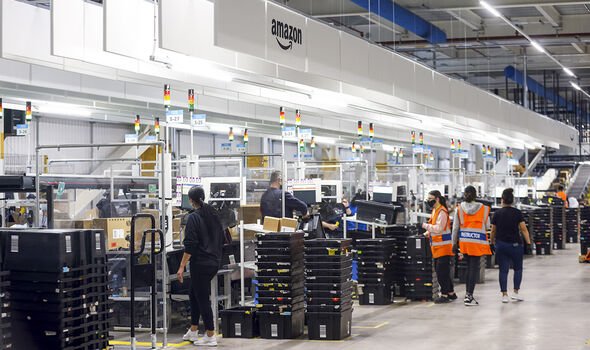 Meanwhile, postal workers are set to strike later in August and at the start of September.

Lawyers have staged walk-outs in a dispute over Government funding, and are expected to stage further strikes in the coming weeks – slowing a judicial system already facing a backlog from the pandemic.

Teachers and junior doctors are also being balloted for strike action.

GMB has called on Amazon to join it in pay talks, facilitated by independent mediator ACAS. 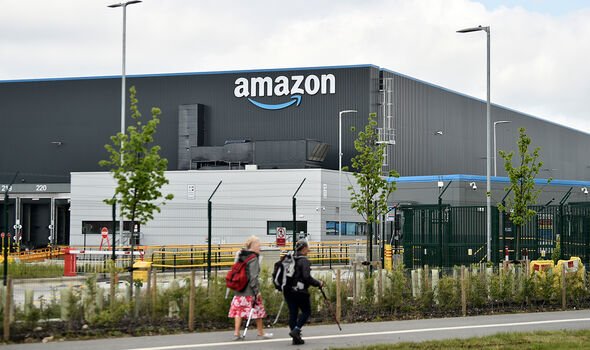 It described the move as “a step towards having a formal industrial relationship” with the global corporation.

Currently, Amazon does not recognise any UK union, despite GMB organising what is believed to be a significant number of its workers. The union said those involved in last week’s walk-outs were facing disciplinary action.

The company has been accused of “union busting” in the past – undertaking activities designed to undermine the formal collectivisation of staff in a workplace.

As such, the ongoing protests at Amazon depots are not official strike action, as GMB member in the workplace cannot be balloted.