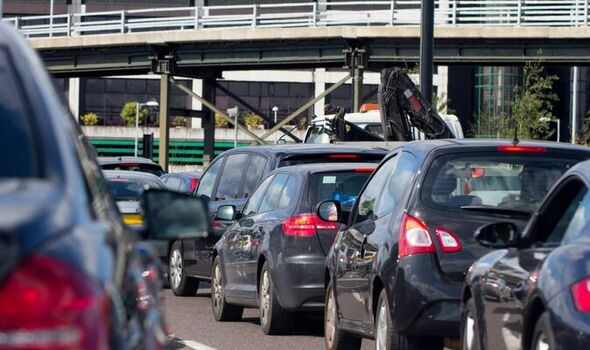 The AA has issued an amber warning for jams as 15 million cars – 45 percent of all drivers – are expected to hit the roads.

Disruption is also likely due to bus crew walkouts in London on Sunday and Monday, engineering works affecting some rail services and air strikes in Spain and Portugal.

Heathrow is still operating its 100,000-a-day traveller cap despite the bank holiday rush.

Saturday is expected to be the worst day on the roads this weekend, with traffic peaking between 10am to 4pm, said the AA.

Problems are expected near the M4/ M5 at Bristol, the M5 between Taunton and Exeter, the M6/M42 at

Avanti West Coast has a reduced timetable due to staff shortages, while at Hull Trains there are planned walkouts. The Stansted Express will not be running on Monday.

Transport for London warned of disruption on some of its routes, mostly through west and south-west London, and parts of Surrey.

The network said that other bus services and public transport are likely to be busier than usual.

Spanish EasyJet pilots are also walking out, forcing the cancellation of four UK flights this weekend.

An EasyJet spokesperson said previously: “We advise customers travelling to and from Barcelona, Malaga and Palma to check the status of their flights on our Flight Tracker page or manage their bookings using our disruption portal.”

Meanwhile, in Portugal ground handlers will strike this weekend over pay, affecting Lisbon, Porto and Faro.