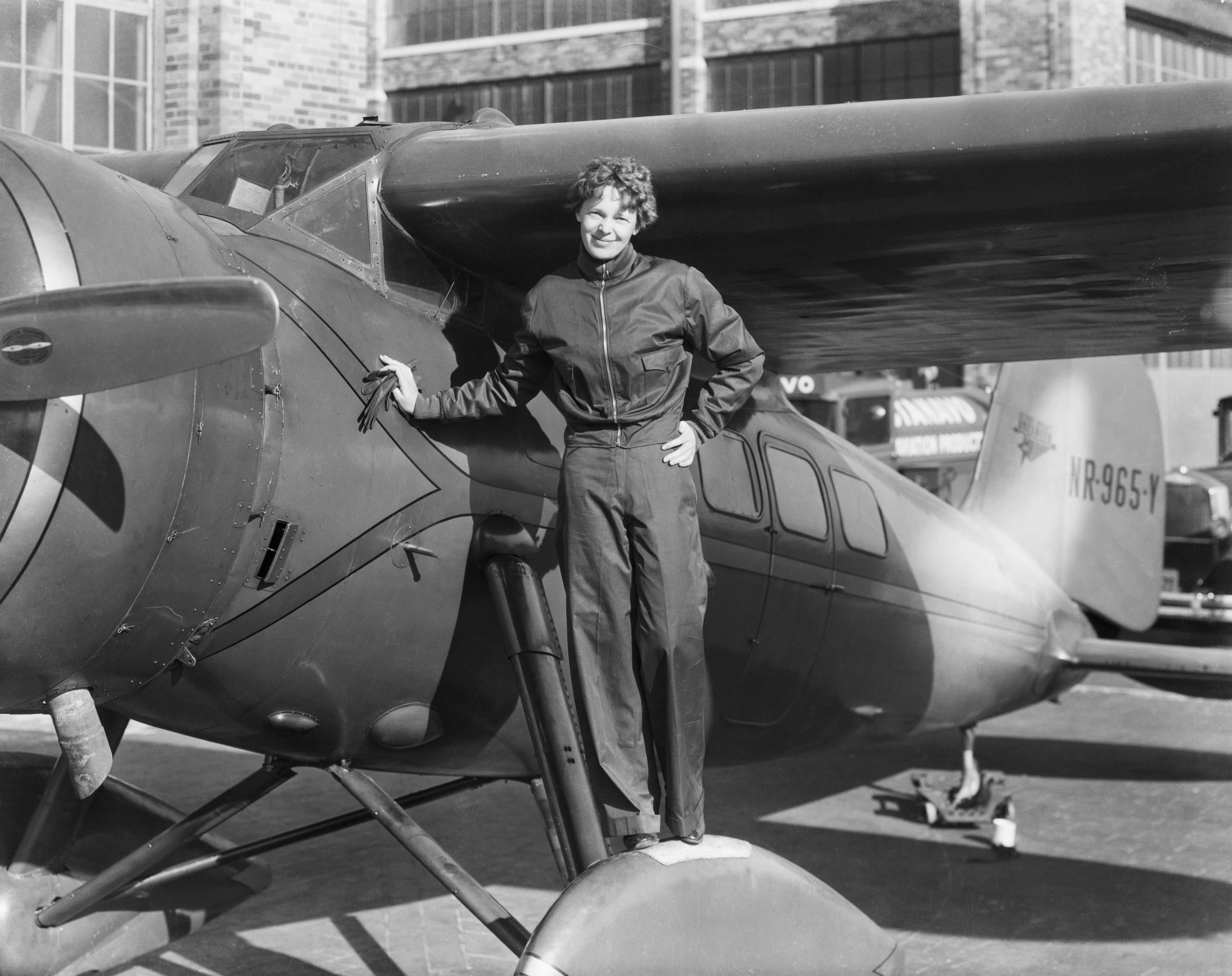 A new piece of evidence has been uncovered that could shed light on the mystery of Amelia Earhart’s disappearance.

The famous aviator went missing during her attempt to fly around the world in 1937 and her whereabouts remain unknown to this day.

It’s widely believed she either crash-landed in the Pacific Ocean or died a castaway after making land – but proof of her death has never been discovered.

However, forensic scientists have discovered letters and numbers etched on an aluminium panel found on a remote island near where Earhart’s plane went missing.

The panel was found on Nikumaroro island in 1991 but, until now, scientists had never discovered the hidden marks.

The markings: ‘D24’, ‘XRO’ and either ‘335’ or ‘385’ could indicate the panel was fitted as part of a repair. That’s because the corroded piece of metal has rivet punctures similar to Earhart’s Lockheed Electra plane but isn’t ‘a precise match.’

The scientists think the markings could relate to manufacturing codes and are working to try and trace their origins.

‘We found what looks like stamped or painted marks that could be from the original manufacturer,’ said Kenan Ünlü, director of the Radiation Science and Engineering Center at Penn State.

If Ünlü and his team are able to confirm the plate is part of the aviator’s plane, it would put to rest some of the more outlandish conspiracy theories – such as Earhart surviving and returning to the US under a false name.

‘D24 and 335, or maybe 385. We don’t know what they mean, but they are the first new information from this panel that has been examined by various experts with different scientific techniques for over 30 years,’ Dr Ünlü said.

It would also give weight to the theory the famous pilot did indeed make it to Nikumaroro and died there.

This theory became popular when human bones were found on the island in 1940. The bones were lost before they could be tested definitively, so we will never know if they belonged to her.

Amelia, who was born in Atchison, Kansas, in 1897 worked as a truck-driver, photographer and stenographer to save the $1,000 she needed for flying lessons.

She became the first woman to fly solo across the Atlantic in 1932, traveling from Harbour Grace to Derry in Northern Ireland in 14 hours 56 minutes.

Amelia was also the first person ever to fly solo from Honolulu in Hawaii to Oakland, California in 1935.