Prince Harry has faced a furious backlash in America after the royal launched an attack on American politics, according to Ms Levin. In a speech to officials of the United Nations, the Duke of Sussex took a thinly-veiled swipe at the landmark decision of the US Supreme Court to overturn Roe v Wade, which removed abortion as an American constitutional right. Royal biographer Angela Levin said: “The Americans are absolutely furious with him because how dare an English Prince with a title tell them what to do.”

Speaking on GB News, Ms Levin continued: “There’s lots of comments today about how they’re absolutely furious with him.

“He talks about climate change and the problem it is and how it eats him up and he was going home in a private plane – there’s a sort of nonsensical hypocrisy there.

“He’s very cross at the about the vote against abortion – well, that’s not his business is it?

“I think it took very much away from the focus on Mandela.” 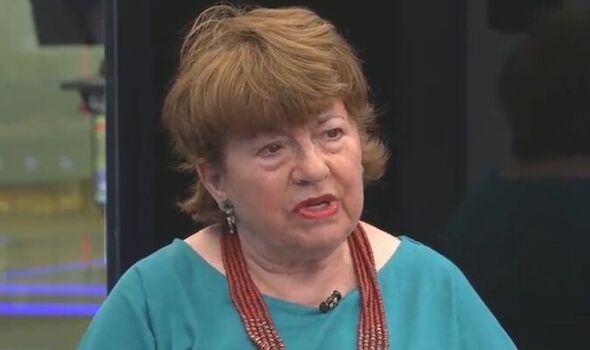 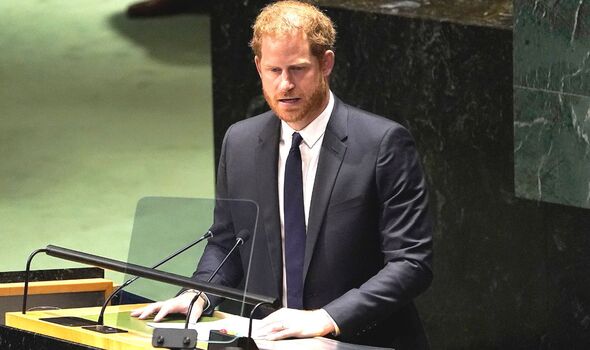 In his speech to the United Nations Assembly in New York, Prince Harry highlighted a “rolling back of constitutional rights in the United States.”

He added: “We are witnessing a global assault on democracy and freedom.”

Ms Levin criticised Prince Harry for using the platform to condemn US politics as she claimed his message detracted from the core focus of the meeting, which should have been the achievements and legacy of Nelson Mandela.

She said: “This was an annual occasion where they talk about Mandela and recognise him. Actually, it ended up being an attack.” 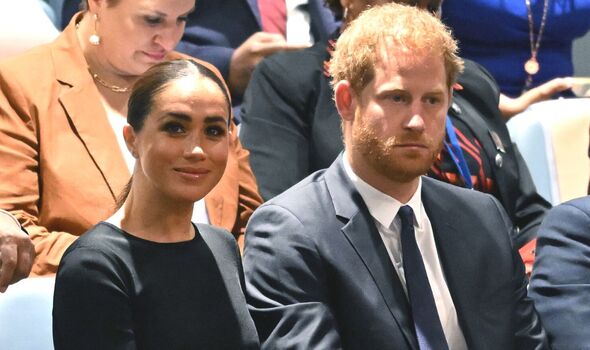 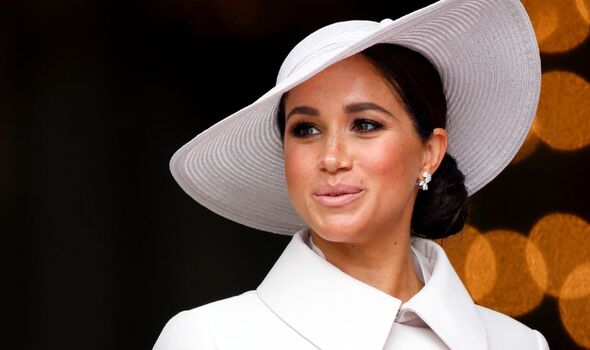 Prince Harry referenced the decision to overturn Roe v Wade as a significant marker in a “painful year.”

The Duke is not alone in speaking out against the pivotal decision as his wife, Meghan Markle, has also publicly criticised the Supreme Court ruling.

Speaking to Vogue, the Duchess of Sussex said: “Frankly, whether it’s a woman being put in an unthinkable situation, a woman not ready to start a family, or even a couple who deserve to plan their family in a way that makes the most sense for them, it’s about having a choice.”

She added: “Women with resources will travel to get an abortion, those without might attempt to give themselves one at tremendous risk.” 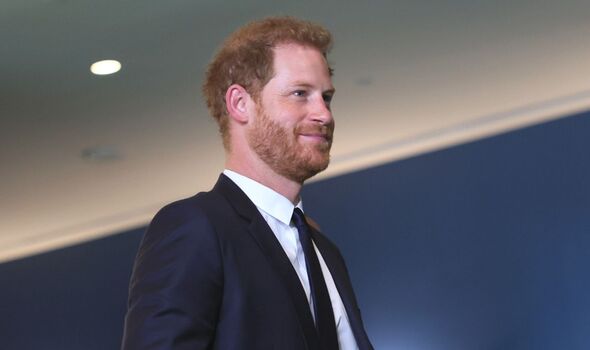 Prince Harry has resided in California since 2020, following his step back from royal duties, and has described America as his home

However, Republicans were quick to blast the Prince for his intrusion into the American political sphere.

United States Representative Buddy Carter said: “I would remind Prince Harry that spreading disinformation is incredibly damaging to the ‘democracy and freedom’ he is so concerned about.”

Lisa McClain, another Republican Representative, added: “Yet again, the Duke and Duchess are sticking their nose into American politics by attacking the US rule of law.”

Read next:
William and Harry rift ‘planted in childhood’ as pair ‘doomed to fail’
Meghan and Harry snubbed as ‘fading force’ for leaving UK
Zara Tindall’s public persona is ‘an insight into the real Anne’
Queen should make plain Harry speaks for Harry not Royals – COMMENT
Dr Shola lavishes praise on Harry and Meghan after UN event