The long-running BBC presenter has landed a new gig as the flagship presenter for the brand new television network GB News. The new channel is set to rival the likes of BBC and Sky and Discovery Inc – which is behind Discovery Channel and Science Channel – has been announced as the main investor.

Mr Neil will be one of a hundred journalists joining the new channel, which is set to differ from its current competitors.

It is believed the veteran journalist will be hosting four one-hour shows a week in primetime and will also chair GB News editorial board.

GB News will be advertiser-financed and available as a Sky channel, on Freeview, Virgin and all digital platforms.

Unlike the likes of the BBC, Sky and ITV, GB News will be an “intelligent, discussion-based show coming from a more independent mindset”. 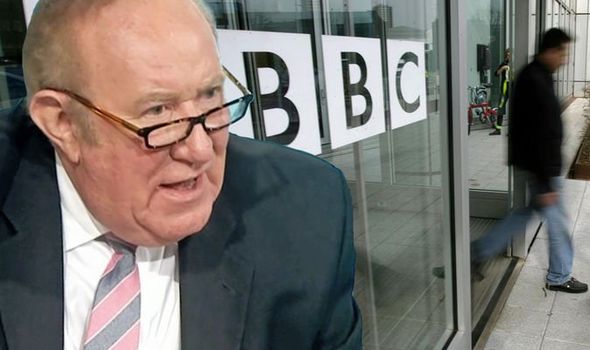 Mr Neil said: “GB News is the most exciting thing to happen in British television news for more than 20 years.

“We will champion robust, balanced debate and a range of perspectives on the issues that affect everyone in the UK, not just those living in the London area.

“We’ve seen a huge gap in the market for a new form of television news.

“GB News is aimed at the vast number of British people who feel underserved and unheard by their media.”

According to the Spectator – where Mr Neil in chairman – the new station will broadcast “good news” and not to always blame the government when things go wrong.

The publication said it will “take a more even-handed approach to culture wars, and doesn’t see coverage of US politics an exercise in exorcism”.

GB News will be a 24/7 station from the get go and other management includes other former journalists.

These include Angelos Frangopoulos (ex-Sky Australia) John McAndrew (ex-Sky News) as Director of News and Programming.

With news of Mr Neil’s new show, the BBC tweeted: “We’d like to give our heartfelt thanks to Andrew for his many years of work for the BBC, during which he’s informed and entertained millions of viewers.

“From his early broadcasting days of Despatch Box in the 1990s to his recent forensic and agenda-setting political interviews, he has proved a formidable and hugely talented broadcaster.

“For years, he was at the heart of the irreverent and much-loved This Week and played a key role in the Daily and Sunday Politics, Politics Live and the BBC’s general election coverage.

“We wish Andrew every success in his new role; we’re sorry the US election coverage will be his last BBC presentation work for the foreseeable future but he will always be welcome at the BBC.”

Back in July, the BBC axed The Andrew Neil Show as part of huge organisational restructure and a total of 520 jobs cuts.

The political programme had been cut during the coronavirus crisis, but was cut amid huge job loses across the BBC.

At the time, the BBC said it was talking to Mr Neil about a new BBC One interview show.

Announcing the latest cuts, the BBC said at the time: “We remain committed to Andrew Neil’s in-depth interviews (as well as the Budget, US Election and other Specials).

“The Andrew Neil Show will not be returning but we’re in discussions about a new interview series on BBC One.”

Mr Neil has been one of the BBC’s top political broadcasters over the past 20 years, fronting programmes such as This Week and Daily Politics.

The Andrew Neil Show began last autumn in the week’s leading up to the general election in December, and the UK’s departure from the European Union.

The massively popular politics programme, included interviews with most party leaders, but Prime Minister Boris Johnson did not appear.

The broadcaster said increased financial pressure on the BBC because of the pandemic means the total number of job losses in BBC News will rise to around 520.