Boris Johnson hit back at BBC veteran Andrew Neil after the broadcaster insisted attempts to lure the European Union into a new trade agreement would be “mission impossible.” The Tory leadership hopeful claimed he would be able to push Brussels into agreeing to a deal under Article 24 of the General Agreement on Trade and Tariffs (GATT) to protect frictionless trade after Brexit. But when the BBC host insisted his plan is a “fantasy,’ Mr Johnson hit out: “I just do think that that sort of BBC-generated gloom and negativity has helped to condition the mindset – seriously, Andrew.

“People in this country feel they have been told for three years that they are incapable of leaving the EU and their politicians simply can’t do it.

“My message to the people of this country is we can do it, we were mandated to do it and there are all sorts of ways in which we need to unite the country. Bringing down crime as I did in London, putting up amazing infrastructure, investing in broadband. There are wonderful things we can do.”

The Tory MP has repeatedly suggested he would seek to trigger Article 24 of GATT to effectively freeze current commercial ties with the bloc in the event of a no deal scenario.

During the heated exchange with Mr Neil, Mr Johnson reiterated his plan insisting he would be ready to rely completely on “paragraph 5b” of the agreement. 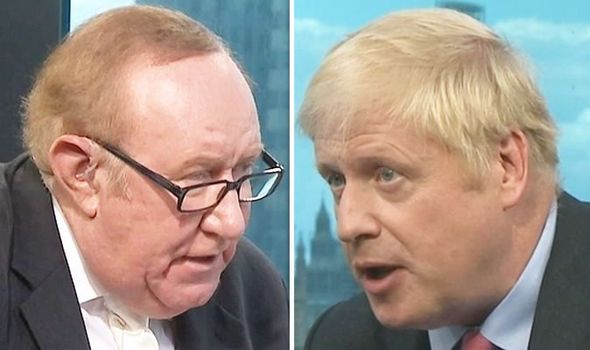 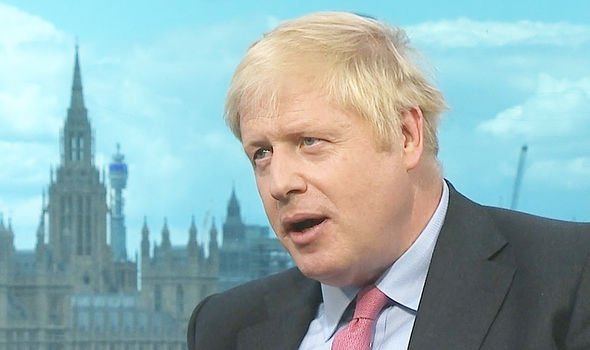 The paragraph dictatest neither the UK nor the EU would be able to modify existing tariffs while the two parties negotiate a new arrangement.

But when asked about the provisions introduced in the following paragraph – which would effectively require the Brussels to agree to a “plan and schedule for the formation of such a free area within a reasonable length of time,” Mr Johnson admitted he had not been aware of limitations paragraph 5c would set.

Mr Neil said: “5c says you don’t just need the EU’s approval. You need to agree with the EU the shape of a future trade agreement and a timetable to getting toward it. 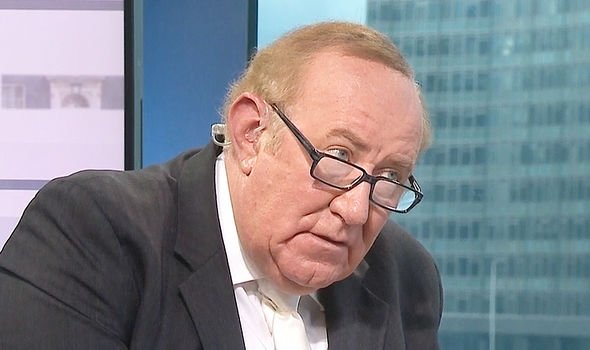 Mr Johnson however insisted his plan would be “attractive” to the EU due to the large trade surplus the bloc has with the United Kingdom.

He continued: “It may be possible, and I accept this must be done by mutual agreement, as we come out to agree under Gatt 24 paragraph 5b to a standstill, a protraction of their existing zero tariffs, zero quota arrangements, until such times we do a free trade deal. That would be one way forward and I think that would be very attractive.

“It’s manifestly in the interests of both sides, Andrew. After all, the EU has a very substantial net balance of trade with us, they have a considerable surplus in goods alone and they will want to continue seeing goods travel freely.”

Is this really the end for Farage’s Brexit Party? [POLL]
Varadkar mocks UK in bitter attack – ‘Not important as used to be’ [LIVE]
Brexit date is our key test for incoming PM [COMMENT] 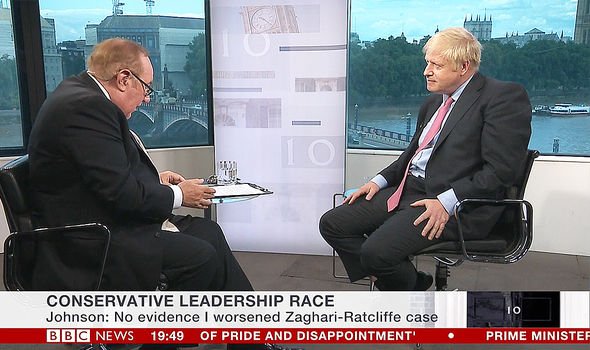 GATT 24 is a piece of World Trade Organization (WTO) law that allows tariff-free trade for up to 10 years while a permanent trade agreement is negotiated.

The article applies to goods only – it has no effect on the trade in services or on issues such as regulations and standards.

GATT 24 has been applied to interim agreements on rare occasions since the WTO was established in 1995, but never for anything as complex at the EU-UK relationship.

And in the event the British Government managed to convince the EU to agree to the implementation of Article 24, WTO rules would then force the UK to offer the same zero-tariffs to the rest of the world.

Rules in Article 1 of Gatt set out the Most Favoured Nation (MFN) rules, which specify a country must offer the same terms to the whole world, not just one country or nation.

But offering zero tariffs across the board would create a sudden influx of cheap produce in the UK, which would put a major strain on British companies and disrupt the economic balance.