Andy Murray is the latest tennis star to slip at Wimbledon, as questions continue to be raised about what appears to be an unusually slick surface.

The All England Lawn Tennis Club (AELTC) said the courts had been prepared in the “same meticulous standard” as usual.

It added that “additional moisture” may have been created because the roofs had to be closed on Centre Court and Number 1 court on the first few days.

As well as Murray, Serena Williams and Novak Djokovic have also lost their footing in the first few days of the event.

Murray tweeted that Centre Court was “extremely slippy”, and also went over in Wednesday’s epic five-set win against Oscar Otte.

After getting up from one fall, he looked at the umpire and said “so dangerous”. US legend Williams was forced to pull out of the tournament in tears after injuring herself, and Adrian Mannarino also had to retire against Roger Federer. 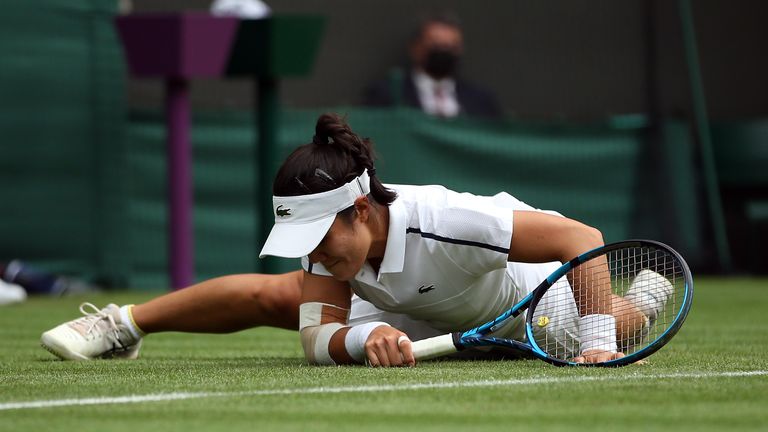 Number five seed Andreescu was unimpressed with the surface.

She said: “I didn’t slip just once; I slipped, like, six times during the match. The courts are pretty wet.

“I mean, the courts are super slippery. I have only played here once before, but they weren’t like this at all.”

Williams – chasing a record-equalling 24th Grand Slam title – was in tears earlier this week after withdrawing from her first-round match against Aliaksandra Sasnovich. 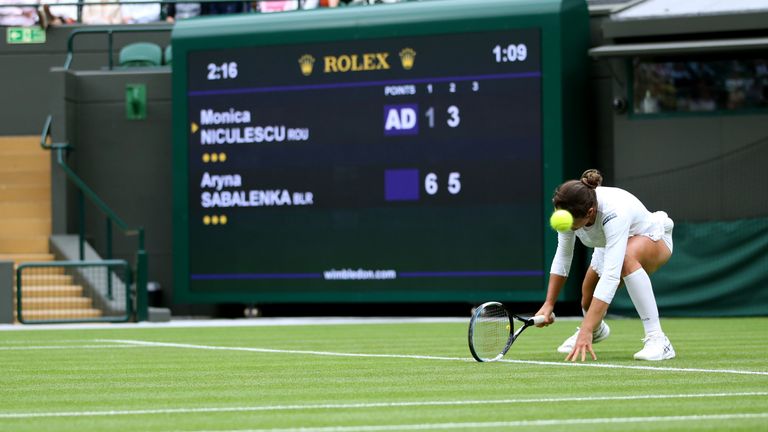 She said in a statement: “I was heartbroken to have to withdraw today after injuring my right leg.

“My love and gratitude are with the fans and the team who make being on Centre Court so meaningful.”

Sasnovich was sympathetic, adding: “It was very slippery. I fell as well. When she give the angle, I couldn’t run because it was so slippery but it is the same for everyone.”

Adrian Mannarino, meanwhile, was left writhing in pain after slipping against Federer.

He limped off having hurt his right knee.

“The court definitely felt slippery to me,” said the French player.

“I wasn’t able to change directions, wasn’t comfortable with that. Definitely not the best sensations since the beginning of the match.” The AELTC statement added: “The weather conditions on the opening two days have been the wettest we have experienced in almost a decade, which has required the roof to be closed on Centre Court and No.1 Court for long periods.

“This is at a time when the grass plant is at its most lush and green, which does result in additional moisture on what is a natural surface. 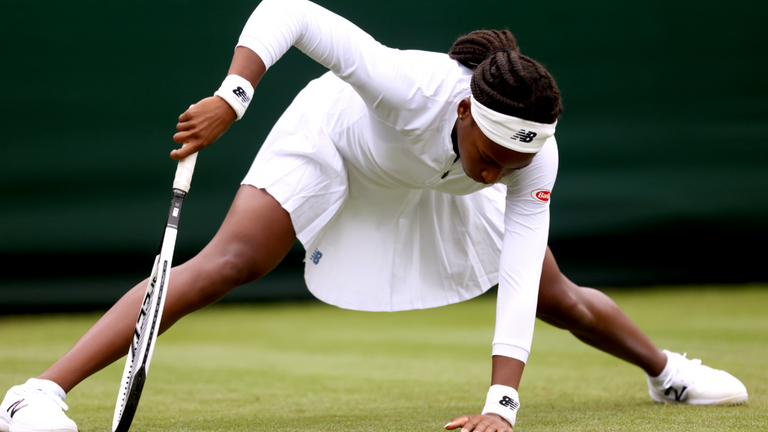 “With each match that is played, the courts will continue to firm up.”

Novak Djokovic has suggested that a lack of practice could also be a reason for players losing their footing, while Roger Federer said the grass tends to be more slippery at the start of the fortnight.