The two women shouted ‘we’re in a climate emergency’ as they glued themselves to the iconic artwork in the National Gallery of Australia in Canberra.

It was the latest incident in which climate protesters have targeted famous pieces of art around the world.

Other protesters have thrown soup over Vincent van Gogh’s Sunflowers at the National Gallery in London and mashed potato at a Claude Monet painting in Germany.

They said they were highlighting the dangers of capitalism by gluing themselves to a work that depicts ‘consumerism gone mad.’ 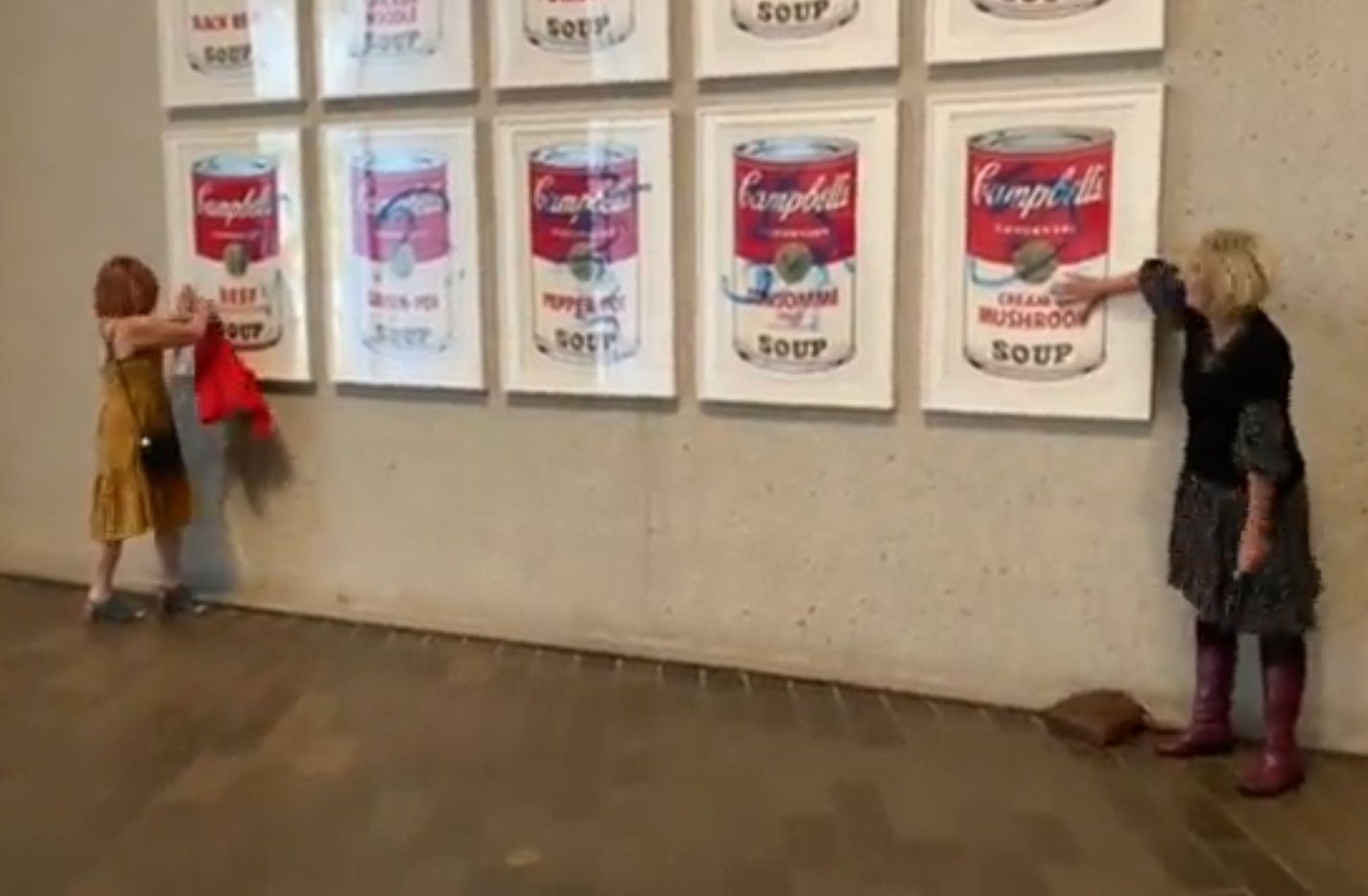 ‘While Australians starve, government pays $22,000 a minute to subsidize fossil fuels,’ the group wrote on Twitter.

The protest ended quickly with the women being escorted from the building before the glue had time to set.

Warhol’s artwork is called ‘Campbell’s Soup I’ and was created in New York in 1968, according to the museum.

The gallery said it ‘does not wish to promote these actions and has no further comment.’