BERLIN — When Angela Merkel hosted world leaders at a beach resort on Germany’s Baltic Sea Coast in 2007, she was barely into her first term as chancellor, a relative neophyte in global affairs whose vivid green jacket among eight men in dark suits emphasized her status as the only woman in the club.

By the time the Group of 8 — Russia was still a member — had wrapped up the summit in Heiligendamm, Ms. Merkel had signaled her future influence, putting her stamp on the proceedings by winning agreement from President George W. Bush, once a Texas oilman, that climate change was global threat. 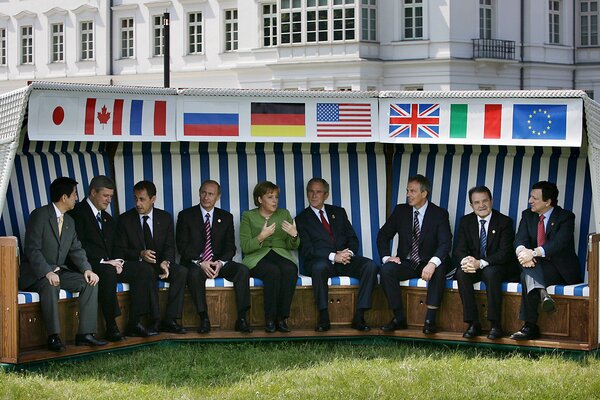 Fourteen years later, Ms. Merkel, who plans to step down as chancellor after the German elections in September, is attending her final G7 summit, this time on the coast of Cornwall. Some things have changed (leaders are not disputing the threat of climate change anymore), and some things have not (Ms. Merkel remains the only elected female leader in the club).

But it is the prospect of Ms. Merkel absent from the table in the future that represents potentially momentous change — for the leading industrialized nations that comprise the group, for a Europe where she has been a dominant leader and by the fact that no other elected female leader has emerged to take her place. (Ms. Merkel did help place one of her protégés, Ursula von der Leyen, as president of the European Commission.)

“Just think of what the picture will look like when she leaves,” said Katja Iversen, an adviser to the Women Political Leaders group, who took part in the gender discussion at the 2018 summit in Canada, where President Donald J. Trump was seated alongside Ms. Merkel and Christine Lagarde, then the head of the International Monetary Fund — and showed up late.

The summits are often much about ritual and photo ops, yet Ms. Merkel has used her mix of clout and charm, and her willingness to negotiate deep into the night, to push issues long overlooked as relevant to the global economy, including climate, sustainability and gender equality.

“When we look at Merkel, many people only see her as an anchor of stability, which she is. Because of her style, knowledge and experience, she can really build trust,” said Stormy-Annika Mildner, executive director of the Aspen Institute Germany in Berlin, who worked for Ms. Merkel at previous summits as a negotiator on business issues. “But a lot of people do not see how important and prescient she has been in placing and shaping topics in the G7 process.”

To many in the West — if not always everyone inside Germany itself — Ms. Merkel is often seen as a defender of liberal democracy who, at different times, acted as a one-woman firewall against Mr. Trump and President Vladimir V. Putin of Russia. Now Germany, and Europe, will turn to new leaders to shape foreign policy on issues such as military spending, Russia and especially China.

“She’s not in a position any more to decide big policy moves,” said Stefan Kornelius, an editor at the Germany daily Süddeutsche Zeitung and one of her biographers. “She’s now a political lame duck and she has less political weight.”

At the height of her powers, Ms. Merkel’s global diplomacy was defined much more by nitty-gritty negotiations than by bombast or political grandstanding. Patience and persistence became her trademarks, even if some wonder whether her compromising style and approach has lost its luster.

“That’s how she kept Europe together despite the crises over migration, Ukraine, the euro and Trump,’’ Mr. Kornelius said. “But I wonder if in the future the world is about compromise.”

While her public modesty has earned her praise, Ms. Merkel’s lack of vision has been a point of constant criticism, and her negotiating skills repeatedly failed to deliver the policy she had hoped for on trade.

At the 2015 summit, she failed to reach agreement on a trans-Atlantic trade deal, and throughout the years of the Trump administration, she was never able to convince the American president that Germany’s trade surplus was not a problem that could be solved by sanctioning European products. More important, perhaps, her long policy of “change through trade” with China has failed to produce the reforms she envisioned.

Other leaders’ grand plans also fail to inspire her, as was evident in her disinterest over President Emmanuel Macron’s of France’s lofty proposals for revamping the European Union.

Unlike Mr. Macron, who tries to throw the diplomatic ball very far, and if he gets halfway to his goal is happy, Ms. Merkel rolls the ball along with her, “and when it stops, she’ll say, ‘That’s where we wanted to go,’” said Daniela Schwarzer, former head of the German Council on Foreign Relations and now executive director for Europe and Eurasia of the Open Society Foundation.

At her first summit in Heiligendamm, Ms. Merkel pushed for increased governance of global financial markets — one year before the collapse of the U.S. housing market plunged the world into a deep financial crisis — and raised awareness about sustainability. She also elevated global health as an issue, securing billions to fighting the spread of AIDS, malaria and tuberculosis in Africa.

But her big success was getting Mr. Bush to re-engage on a global agreement on climate policy. Although she had initially hoped that Mr. Bush would commit to more ambitious cuts in CO2 emissions, Ms. Merkel instead took the compromise she was able to secure and continued to build on it.

Eight years later, in 2015, at her second turn as the G7 host, she opened the summit by addressing the problem of plastics polluting the oceans. Then she secured a commitment from participating countries to work toward reducing global greenhouse gas emissions between 40 percent and 70 percent by 2050, a step that helped midwife the Paris Agreement later that year.

“She has very concrete ideas what she wants to get out of these meetings,” said Claudia Schmucker, the head of Geoeconomics at the German Council on Foreign Relations.

The iconic image from that summit showed Ms. Merkel facing President Obama, her arms outstretched in a gesture as expansive as the Alps that soared behind her, signaling renewed cooperation after the two had buried differences over intelligence and the National Security Agency’s activities in Europe.

But when Mr. Trump showed up in Hamburg two years later — this time Ms. Merkel was heading an expanded Group of 20 summit — she was confronted with a new American president uninterested in multilateralism. She struggled just to include language about the Paris Climate Accord in the final declaration, while Mr. Trump quit meetings early and left his seat to chat with Mr. Putin.

“At a time when people were asking why we needed these expensive forums, with all the security,” Ms. Schmucker said, “she managed to rescue the summit by putting that in there, even though the Trump administration was so against it.”

In Cornwall, Ms. Merkel was expected to again focus on achieving strong language on climate when the topic is discussed on Sunday, this time pressing for net zero carbon emissions.

She is definitely not interested in a showy farewell. Her office repeatedly batted away repeated questions by reporters before her departure from Germany over whether there would be any acknowledgment of her swan song.

One issue that she put front and center in 2015 is missing this year: Gender. Even as international studies show that women have left the workplace in record numbers and struggled to balance life and work, especially during the coronavirus pandemic, the only mention of gender on the summit agenda is a nod to the importance of educating girls as part of global development.

For the majority of summits that she has attended, Ms. Merkel has been the only female leader — Theresa May joined her in 2017 and 2018, when she was the prime minister of Britain — and her pending absence has brought concerns about whether gender will continue to have a prominent place on the agenda.

For Kati Marton, author of a forthcoming biography called, “The Chancellor: The Remarkable Odyssey of Angela Merkel,” it is not showiness or speed that has made Ms. Merkel consequential but how she has managed to transform society and leadership by not calling attention to herself.

“Women do not give her enough credit,” Ms. Marton said. “But under her watch women have become an accepted part of the power structure.”

Ms. Merkel “has redefined what a woman in power looks and acts like,’’ said Ms. Marton. “Her most outstanding accolade is that she has demonstrated that a woman in power behaves differently and achieves things, not in spite of being a woman, but partly because of her gender and her ability to park her ego when it comes to getting things done.

“And I don’t associate that quality with many male leaders.’’