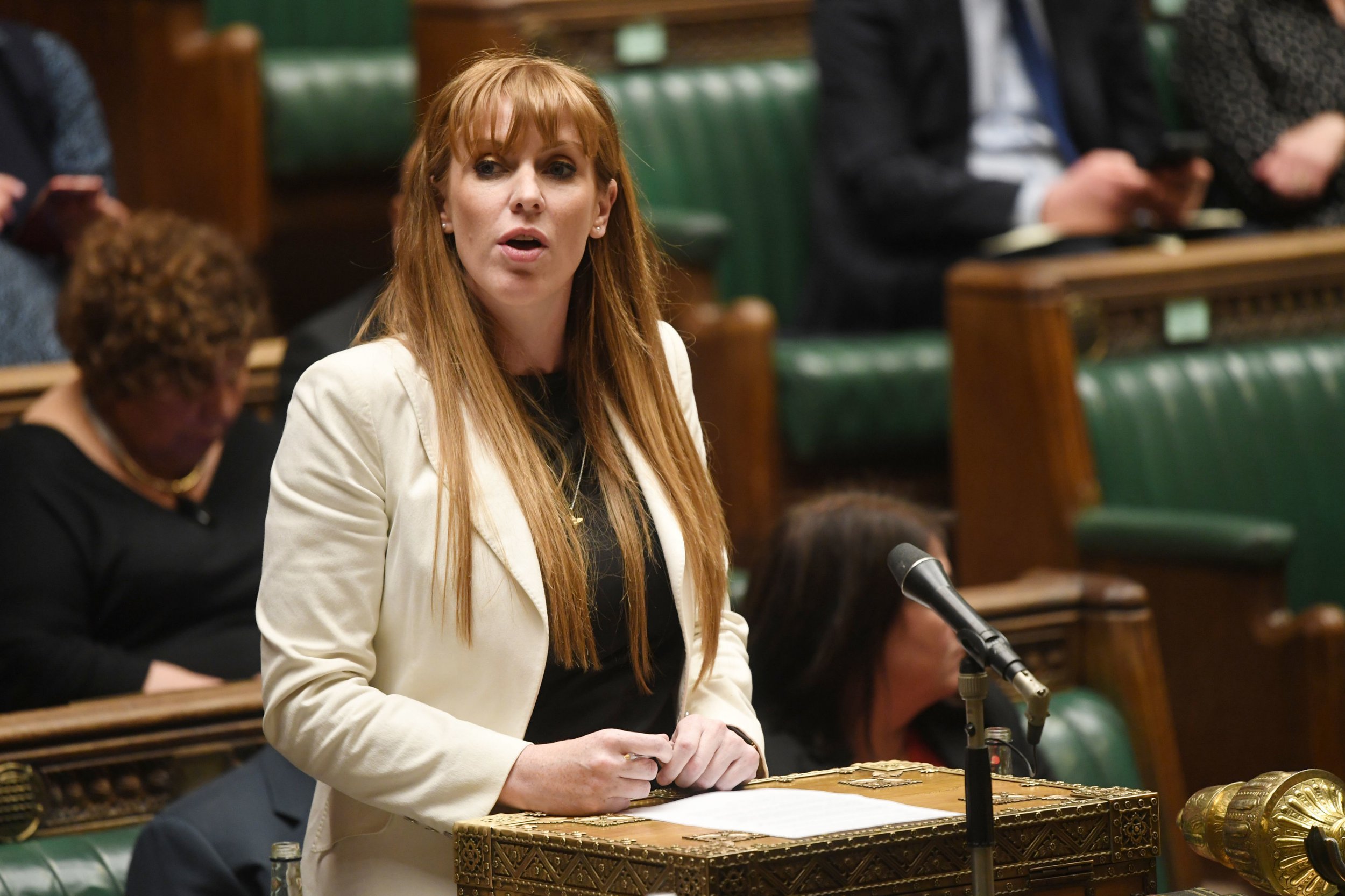 Angela Rayner has accused the Conservative Party of spreading ‘desperate, perverted smears’ against her after claims she tries to ‘distract’ the prime minister in the Commons.

Unnamed Tory MPs have suggested she attempts to put the prime minister ‘off his stride’ during PMQs by crossing and uncrossing her legs as she ‘knows she can’t compete’ with him.

The deputy Labour Party leader has hit back at the comments, insisting they are another attempt to distract from Boris Johnson’s partygate spectacle.

‘Women in politics face sexism and misogyny every day – and I’m no different,’ Ms Rayner wrote on Twitter.

‘I stand accused of a “ploy” to “distract” the helpless PM – by being a woman, having legs and wearing clothes. I am conspiring to “put him off his stride”.

She continued: ‘Boris Johnson’s cheerleaders have resorted to spreading desperate, perverted smears in their doomed attempts to save his skin.

‘They know exactly what they are doing. The lies they are telling.’

Ms Rayner said the attack on her stemmed from her background and class, suggesting Mr Johnson and his MPs ‘clearly have a big problem with women in public life’.

She continued: ‘We need more people in politics with backgrounds like mine – and fewer as a hobby to help their mates.’

‘Thank you to so many of you for your messages of solidarity and support. For calling this out for what it is,’ she said.

‘You are making a stand in the name of decency – against those who would further coarsen, cheapen and debase our politics to benefit their own interests.

‘We all deserve so much better.’