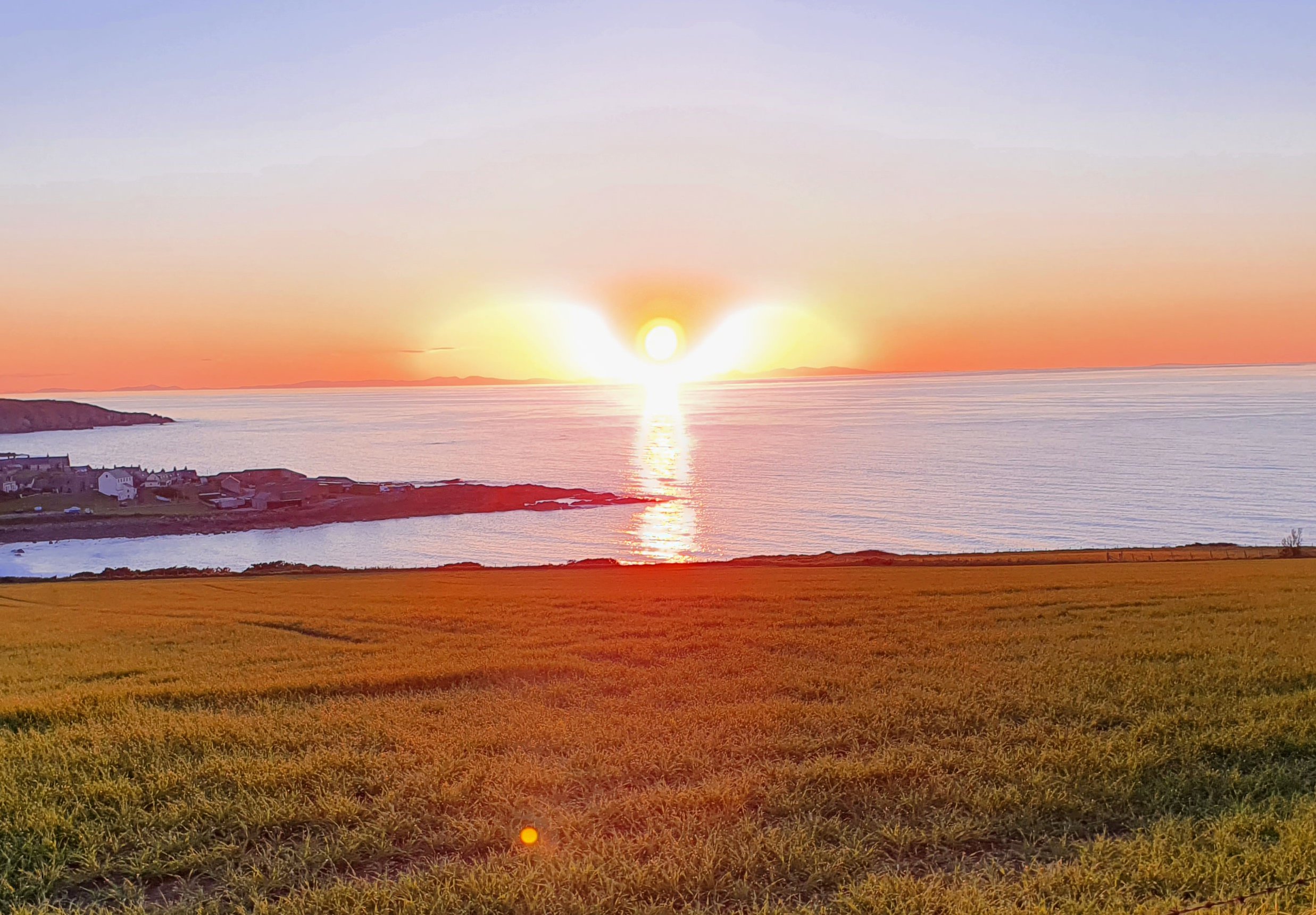 An amateur photographer has captured a heavenly moment after snapping a sunset resembling an angel.

Stuart Murray, 56, took out his smartphone when he observed the sun going down near his home in Portsoy, Scotland.

The resulting pictures show it dipping and transforming into an angelic shape with outstretched wings.

Stuart said: ‘I had been wanting to get a shot of the sun setting for years, but work or weather conditions usually got in the way.

‘However, the location I took the picture is only a ten-minute walk from my house in the coastal town of Portsoy, where I have lived my whole life.

Stuart said he took the photo of the sun going down over Northern Scotland, along the Moray Firth coast, on 1 June at 9.45pm.

He said he wasn’t religious but thought most people would think the image looked like an angel.

Stuart added: ‘If that gives one or two people a bit of comfort, so be it. I was only really looking for the classic picture of a sun setting.

‘As for the effect the sun is giving off, I think, in my very limited use of my camera on my smartphone, it had something to do with the very clear and quiet still conditions that night.

‘I remember whilst taking the photo a tourist couple walked by and I said to them that I wasn’t much of a photographer and that’s still true.’