An academic row has broken out over one American professor’s reported claim that the late Queen Elizabeth II ignited the Nigerian civil war. A best-selling Nigerian author has slammed the Carnegie Mellon professor, stating he was “absolutely mortified” by the accusations.

Uju Anya, who previously courted controversy for saying she wished the Queen an “excruciating” death, is said to have made the remarks on a podcast.

According to the Daily Mail, the US researcher told the This Week in White Supremacy podcast: “This was a ruler. The very crown she had on her head signified the fact that she’s a monarch was made from plunder. Diamonds. Blood diamonds.

“The throne that she was sitting on is a throne of blood. So you cannot say that she’s just this little old lady or this figurehead that really had nothing to do with anything and it was just the British Government without relating it directly to her because she was directly benefiting, her very position as a monarch, the palace she lived in […] were all paid for by our blood.

Reno Omokri, an author and influencer, described the accusations as “hideous and historically inaccurate”. 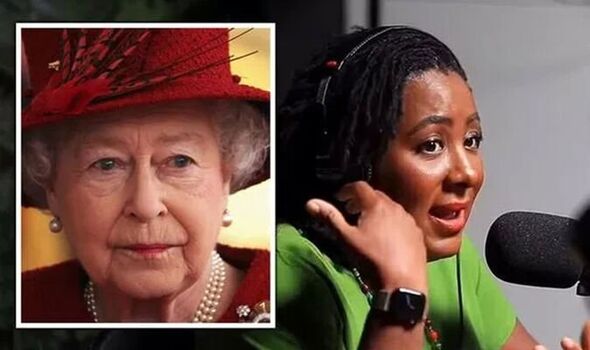 Nile Gardiner commented: “One of the most striking aspects of the woke far left is their complete ignorance of history and their willingness to spout complete nonsense to suit their political agenda.”

On the morning before the Queen’s death was announced last week, Professor Anya wrote on Twitter: “I heard the chief monarch of a thieving raping genocidal empire may be dying.

“May her pain be excruciating.” She has reportedly since doubled down on her comments.

In an Op-Ed for local outlet This Day, Mr Omokri said that he was “not particularly moved” by the Queen’s death and was “rather indifferent about their monarch”. 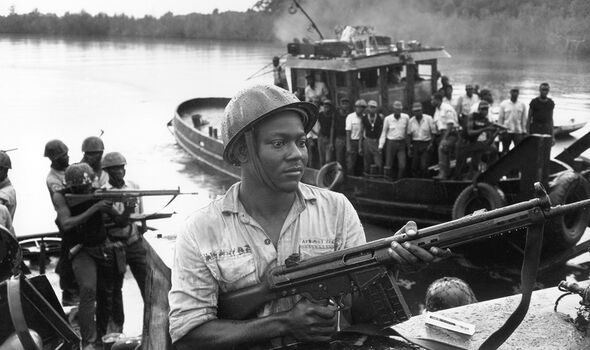 However, he was “absolutely mortified by the hideous and historically inaccurate things that were said about the Queen and her family by a Nigerian woman living in America, whose name I will not dignify by mentioning”.

Nigeria became an independent state in 1960, after being formalised into a colony under the British empire. As such, it consisted of three main ethnic groups, which were divided along geographical lines.

In 1966, the Hausa in the north led a successful coup to overthrow the Government, and the country descended into chaos. Pogroms against the Igbo people are believed to have killed as many as 30,000. 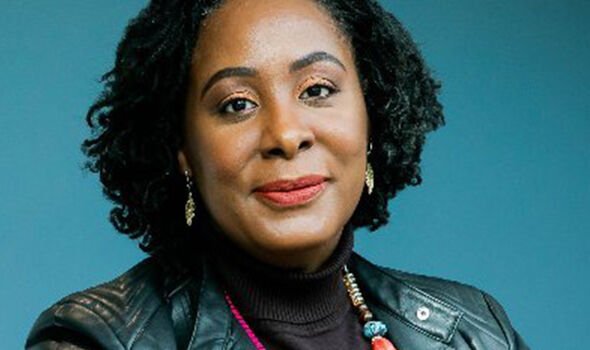 The Federal Military Government then put in place an economic blockade of the eastern region – where many Igbo were fleeing due to the violence – which came into effect in 1967.

After further antagonising, in May 1967, Colonel Odumegwu Ojukwu, military governor of the eastern region, declared the independent state of Biafra.

A bloody and bitter war ensued for several years, before finally ending in January 1970 with the signing of a renunciation of secession.

Mr Omokri wrote: “Please let us stop pretending as if the late Queen Elizabeth II came to Nigeria and ignited a war. 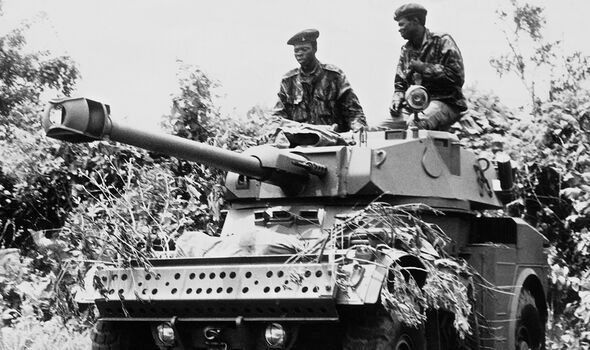 “The Nigerian Civil War was ignited by a series of unfortunate events that began with the cold-blooded murder of 22 people from the Northern, Western, and Mid-Western regions by people of mostly Eastern region origin, which led to a counter coup by Northern Nigerian military officers on July 29, 1966, and the unfortunate pogrom of 1966-67.

“The truth of the matter is that if the January 15, 1966 coup had never happened, it is most unlikely that the Nigerian Civil War would have occurred. The perpetrators of that coup opened a Pandora’s Box that the rest of Nigeria is still suffering from today!”

“She was a titular and ceremonial head of state, whose actions were limited to appointing the candidate who has won election directly or indirectly as prime minister, and declaring open the parliament. She was a symbol. She was not the initiator of the policies of the British Government.

“And even the British government is not to blame for the Nigerian Civil War. We must learn to take responsibility for our own actions. That war was the result of the ill-advised January 15, 1966 coup.”