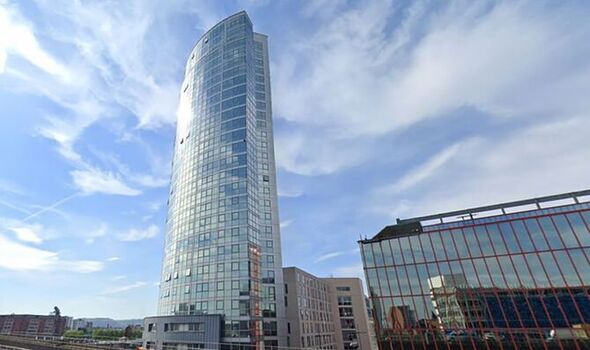 Residents living in the Obel Tower in Belfast city centre have been told that there has been difficulty getting the building insured due to repairs that are needed behind the building’s cladding. Lisa-Marie Saygiver, who owns an apartment in the building, says the bill has left her and many of the other residents “terrified” and feel they should not have to pay for defects on the structure of the building, which they had not been notified about prior to buying their homes.

She told Belfast Live: “Many of us living here do not know how we are going to be able to pay such a large bill at short notice.

“To be told that I need to pay almost £6,000 next month in order to rectify problems with the building that we have not contributed to or known about. These issues should have been addressed before we were sold our apartments and it does not feel right that we are now being charged so much.

“There are families with young children living here you simply won’t be able to afford such a high bill and people have been in tears thinking about how we are going to cover the costs.

“Some feel like they are at serious risk of losing their home altogether as they will struggle to pay their mortgages on top of these additional costs.

“Many of us feel like we are being pressured into having to pay for these repairs and have little faith that we will get it back in the future. It is not acceptable that we have been put in this position.”

The property managers, Lisney, have told residents and confirmed to Belfast Live, that it has asked the buildings contractors to pay for the repairs, however it has told them that they have no legal obligation to do so as their contract was with the previous property management company, Donegall Quay Property Management, which has now gone into liquidation.

Because of this, it is now asking the property owners to pay for the costs of fixing the defects and has said legal action against the contractors is planned in order to recover the costs.

If successful, the money would then be returned to the homeowners.

However, it has warned that the legal action could be lengthy and it could be years before the money is recovered.

It has also said that if good progress on the repairs has not been make then the building would not be able to be insured, with insurance companies finding the buildings difficulty acquiring the EWS1 form, the size of the risk (£62 million reinstatement costs), the height of the building and flood zone location making it “unappetising to the insurance market”.