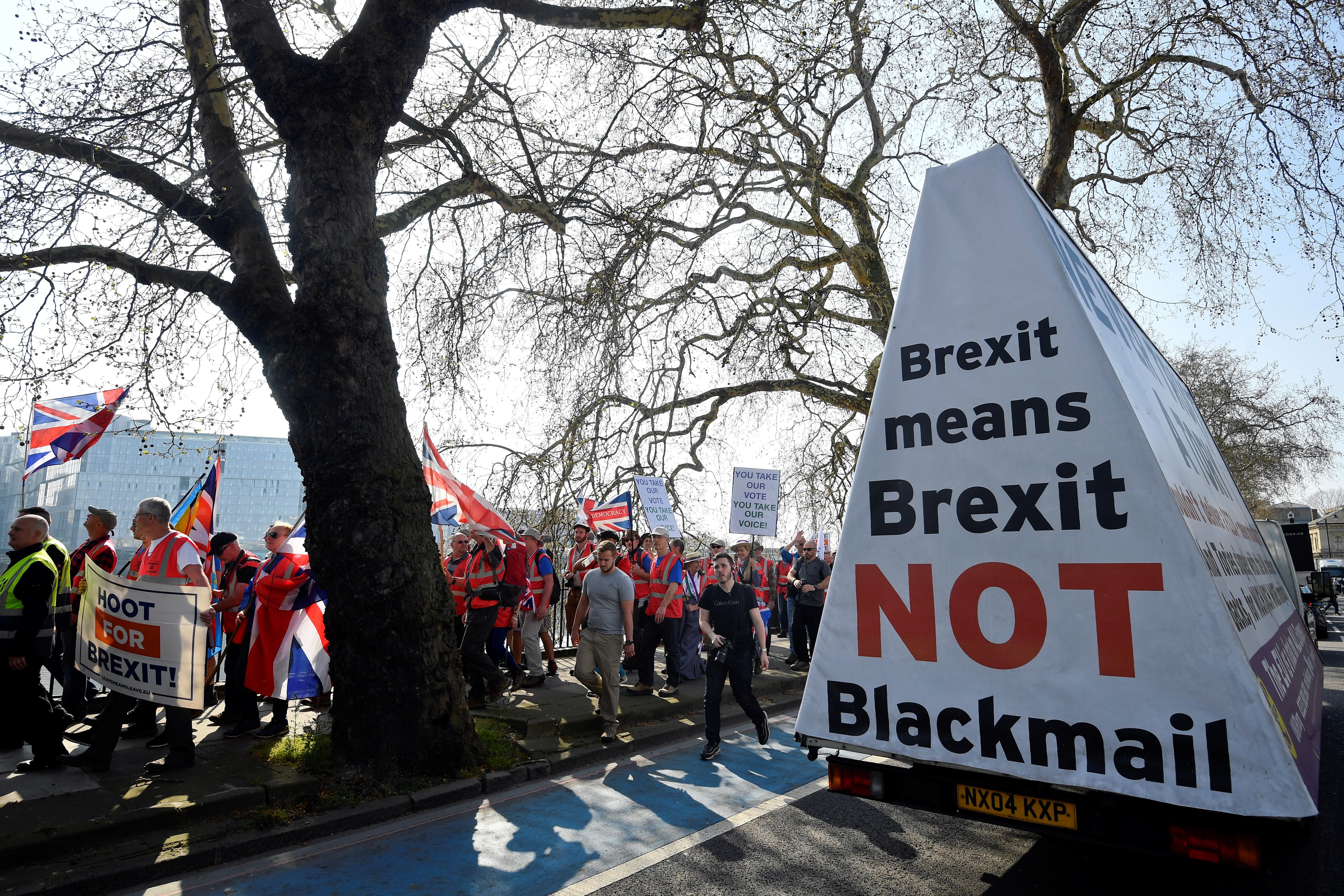 On the day that Britain was originally meant to be leaving the EU, large groups gathered in bright sunshine outside parliament waving Union Jack flags and chanting, “Out means out” – as the Queen song Bohemian Rhapsody was played on a loudspeaker with its famous lyric “Mama Mia, let me go”.

As the result of the vote in parliament filtered through to the crowds on Parliament Square, scattered cheers went up.

The mood of protesters ranged from satisfaction to despair.

“Excellent. We’re now on track for a ‘no deal,’” said saleswoman Louise Hemple, 52, standing in the shadow of Winston Churchill’s statue outside parliament. “And that will mean we’ll have complete control which is what we Brexiteers voted for.”

Hemple said she would continue to protest until Britain had left the EU because she didn’t trust lawmakers to do it.

“They’re in their bubble in there. It’s all about their vote, not our vote,” she said, referring to the 17.4 million people who voted Leave in Britain’s 2016 referendum.

Nigel Farage – the politician widely thought to have done more than anyone else to spook Britain’s then government into agreeing to hold the referendum – will address the crowd later.

Farage, former leader of the United Kingdom Independence Party, is due to speak at a “Brexit Betrayal” event as part of the culmination of a 270-mile (435 km), two-week march from Sunderland, northeast England, to London.

“What should have been a celebration is in fact a day of betrayal,” Farage told Reuters. “There will be a lot of anger. I certainly have never known a time in my life when people have said such rude things about the political class, about the government.”

Earlier, about 1,000 Leave supporters had gathered at Bishop’s Park on the bank of the River Thames to march the four miles to parliament.

Among them was David Malindine, 63, a retired teacher.

“We need to remind the country that the majority of people voted ‘Leave,’” said Malindine. “This was the day we were supposed to leave, and Brexit has been betrayed.”

Far-right Leave activists were due to speak at a separate meeting being cast as “a make Brexit happen” rally in Whitehall near May’s office in Downing Street.

Police said they were prepared for potential trouble, although the atmosphere was festive with people drinking beer and eating sandwiches. 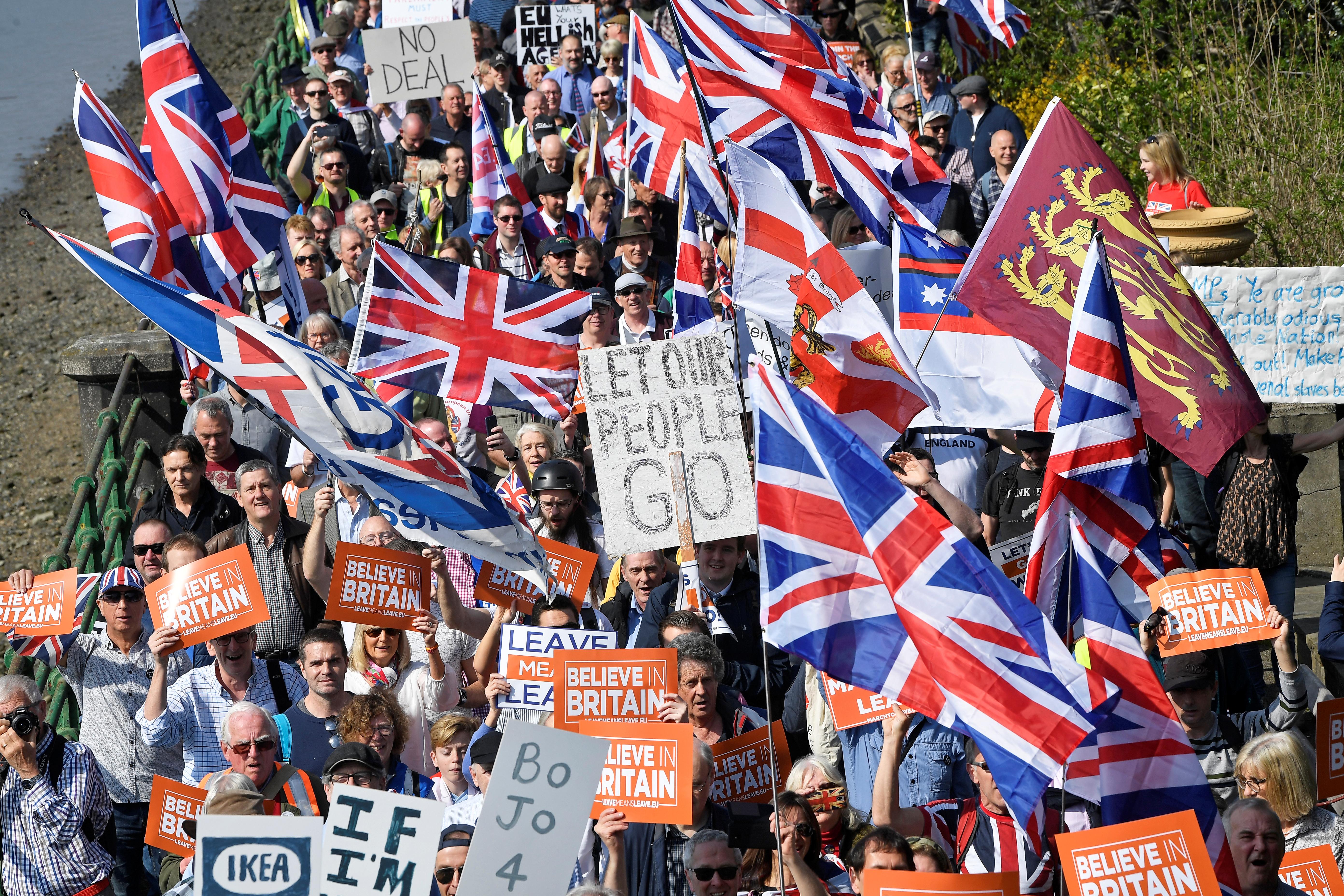 Many of the marchers predicted the political elite will be punished if it fails to fully sever ties with Brussels.

Andy Allan, 58, who was carrying a red and white St George’s flag, predicted that there could be unrest modelled on the “yellow vest” protests that have rocked Paris for the last few months if Britain fails to leave the EU.

“It is absolutely disgusting what is happening,” he said. “Be warned – this is just the beginning of a mass uprising if we get betrayed by the politicians.”