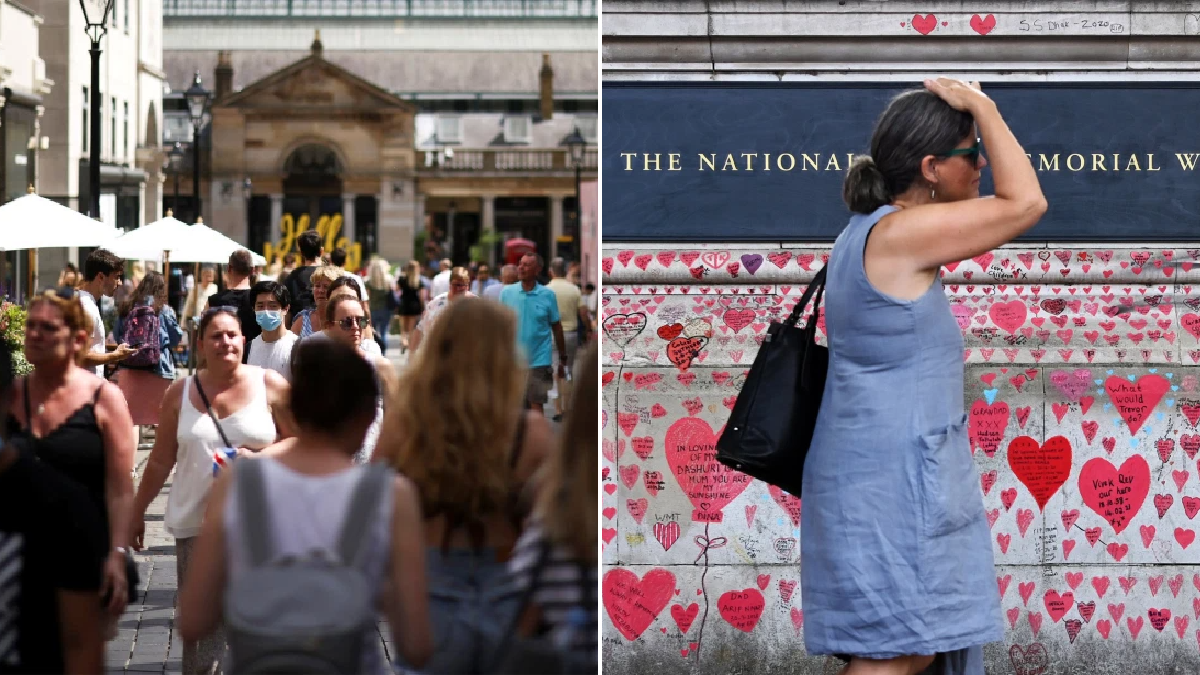 A group of Tory MPs furious over the four-week Freedom Day delay is concerned the country’s return to normality will be pushed back even further.

England could have ‘moved ahead perfectly safely on June 21′, according to MP Mark Harper, who is chairman of the Covid Recovery Group (CRG).

But Michael Gove raised hopes for July 19 today, saying something ‘unprecedented and remarkable’ would need to happen for the ‘terminus date’ to be cancelled.

Meanwhile, many scientists have backed the roadmap delay, saying the UK could have ‘easily’ seen hundreds of daily deaths if the original plan went forward – and could still.

Mr Harper, whose group has been fighting for restrictions to end for months, told LBC Radio: ‘Some of us, I’m afraid, are a bit worried that we’re not going to actually move forward on the 19th of July.’

He added: ‘I listened carefully to what the Prime Minister said yesterday and I was in the House of Commons for the Health Secretary’s statement, and it seemed to me we don’t know anything today that we didn’t know when the prime minister was telling us he was happy to move ahead on the 21st of June.

‘Ultimately we’ve reduced the risk of this disease hugely by our fantastic vaccination programme, and, as the Government says, we’ve got to learn to live with it, but the problem is every time we get to that point, ministers seem to not actually want to live with it and keep restrictions in place.’

Boris Johnson told the nation last night more time is needed for vaccinations to beat off the Delta variant, first found in India.

It is suspected to be 40% to 60% more transmissible than the Alpha variant, first detected in Kent, and appears to double the risk of hospitalisation.

The lockdown extension will be reviewed on July 5 to see if restrictions can be lifted sooner.

Chancellor of the Duchy of Lancaster Mr Gove said on Tuesday that the future cannot be predicted with ‘perfect’ confidence – but ‘we can be confident that the increased level of vaccination by July 19 should allow us to further relax restrictions’.

Labour slammed the prime minister today, saying the Delta strain of coronavirus should be renamed the ‘Johnson variant’ due to his ‘lax’ border measures.

Health Secretary Matt Hancock insisted last night he had ‘acted before it was recommended as a variant of concern by the scientific process’.

Experts have mixed views on whether the Delta variant would have made its way into the UK at some point regardless of stricter border policies.

Asked whether it would have made a difference if Britain had stopped people coming from India in early April, Professor Graham Medley, from the London School of Hygiene & Tropical Medicine and a member of the Scientific Advisory Group for Emergencies (Sage), told BBC Radio 4’s Today programme: ‘Potentially – I mean it’s speculation.

‘The newer Delta variant is now quite common around the globe so it would have ended up in the United Kingdom at some point, but perhaps it would have been delayed.

‘It’s really the competition between the virus and the vaccine so, had the variant arrived in the country when we’d had more people vaccinated, then it may well not have grown in the same way that it has.’