PARIS — When Diary Sow was crowned Senegal’s best student, after coming in first in national high-school competitions in 2018 and 2019, much of the country became enamored with the young woman, a brilliant pupil from a modest background with an exemplary work ethic who excelled in science and literature.

Ms. Sow was awarded a merit scholarship by Senegalese authorities, enrolled at one of France’s most prestigious schools in Paris, and even published her own novel. Well-wishers in Senegal saw her as destined for greatness.

So when Ms. Sow, now 20, was reported missing this month, there was an outpouring of concern in Senegal and in France, where prosecutors have opened an investigation. The Senegalese diaspora in France has also swung into action in hopes of finding her.

“She symbolizes hope,” said Fatou Bintou Sanoho, a board member at the Federation of Senegalese Students and Interns in France.

“For an emerging country, the schooling of young girls is very important,” Ms. Sanoho said, adding that Ms. Sow was a standard-bearer for all Senegalese girls. “She was perfectly suited to that role.”

Ms. Sow was studying at the Lycée Louis-le-Grand in the Latin Quarter of Paris in a grueling curriculum that prepares students for highly competitive exams that open the doors to France’s best business, science and engineering schools.

She appeared to be thriving. Emile Bakhoum, an official who handles Senegalese student services in France, said Ms. Sow had never reported any specific problems with his department.

In August, Ms. Sow shared a picture on Facebook of a book by President Macky Sall of Senegal — autographed, for her, by the president himself. “To Diary Sow, a rising star who is the pride of a whole nation,” Mr. Sall wrote.

But on Jan. 4, after the end of the winter holiday break, Ms. Sow failed to appear in class. Several days later, she was still missing.

On Thursday, her school alerted Senegalese authorities in Paris, who filed a report with the police. Ms. Sow was last reported at a student residence in the 13th arrondissement of Paris where she had a small studio apartment, according to the Senegalese Consulate, although it was not clear whether someone had actually seen her, or if her badge had been used there.

Senegalese authorities said there was no sign of a criminal act and that no hospitals had reported admitting Ms. Sow, but they also warned that the investigation had just started.

Ms. Sow is originally from Mbour, a city about 35 miles south of Dakar, where a steady flow of local and foreign journalists visited her family on Tuesday in a quiet and tense atmosphere. 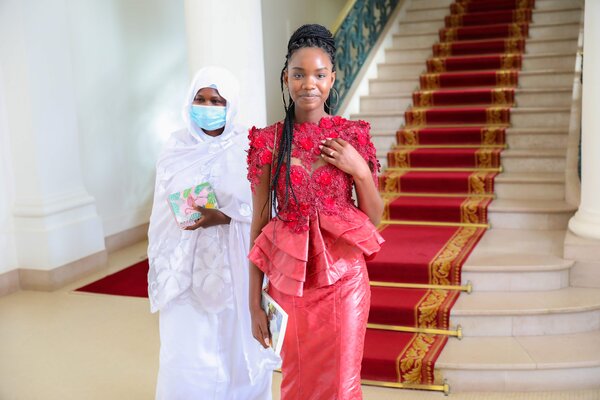 Family members declined most press interviews, but one uncle, who declined to give his name to preserve the family’s privacy, said they had last spoken to Ms. Sow on Jan. 2.

Ms. Sow was admitted to a selective high school in Diourbel, in western Senegal, and she won a science prize in 2017. In 2018 and 2019 she was declared Senegal’s “best student” after coming in first in the Concours général, a nationwide competition with scientific and literary challenges.

A picture of Ms. Sow, posing with her novel, now features prominently on the Senegalese consulate’s website. “Diary is thin, 172 cm tall and has dark brown eyes,” the notice reads. “Help us find her by sharing. We are counting on you!”

Over the weekend, about 200 members of the Senegalese community handed out fliers on the streets of Paris and chanted “Together, let us go look for Diary Sow!” Others pasted posters with her picture on the walls her school.

A campaign to spread the word about Ms. Sow’s disappearance is also underway on social media, with the hashtag #RetrouvonsDiarySow, or Let’s Find Diary Sow.

In Senegal, the disappearance has captured the country’s attention and made newspaper headlines. Mandione Laye Kebe, a photographer who runs a widely followed Twitter account in Senegal, was one of many who have mobilized online with the #RetrouvonsDiarySow hashtag.

“I cannot imagine the sorrow of her family,” he said. “They live very far away. They have no idea what’s going on, and they don’t know what to do or who to speak to. It’s very difficult.”