Gemma Atkinson calls for a 'crackdown' on dog thefts

The Animal Welfare (Kept Animals) Bill set to be introduced in Parliament today will improve welfare standards through a range of measures. The Department for Environment, Food and Rural Affairs said the Government will reduce the number of dogs an individual or vehicle can bring into the UK.

“Puppies that have been poorly bred and taken away from their mothers at a very young age often suffer from disease, other health problems, and poor socialisation, leading to heartache and financial costs for new owners. We welcome changes to the law that will stop criminal gangs abusing pet travel rules for profit.

“We’re delighted to see that the Government has moved a step closer to a ban on the import of cropped and docked dogs, putting an end to the trend of ear cropping that vets have been campaigning on.”

RSPCA chief executive Chris Sherwood said: “This is a really important time for animal welfare and, if we get it right, we can make real and lasting changes to the lives of animals here and abroad.” 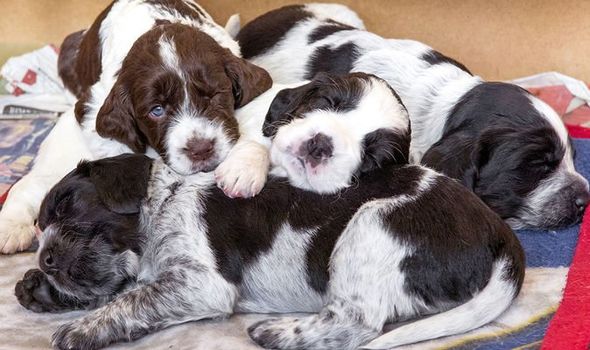 The number of dogs imported into the country for commercial reasons from the EU increased by 52 per cent from 39,562 in 2019 to 60,190 in 2020, figures from the Animal and Plant Health Agency revealed.

Thousands of families who took in dogs during lockdown for companionship were left heartbroken when their pooches died as a result of being bred on puppy farms.

Environment Secretary George Eustice said: “The Kept Animals Bill will bring in some of the world’s highest and strongest protections for pets, livestock and kept wild animals.