Anne’s marriage to Mark Phillips collapsed in the late Eighties, amid reports of infidelity on both sides. They officially divorced in 1992, and the Princess Royal married Timothy Laurence — the Queen’s former equerry — just months later. However, she and Mark are still on good terms, and no doubt celebrated welcoming their fifth grandchild together earlier this year.

Their daughter, Zara Tindall, gave birth to her first son Lucas back in March, just a few weeks before she celebrated her 40th birthday.

The public welcomed the new royal arrival, especially as he was given the middle name of Philip to honour the late Duke of Edinburgh.

Zara and her husband Mike Tindall also managed to dodge the scathing criticism Anne endured when she gave birth to her son, Peter, back in 1977.

As two professional equestrians, the Queen had once joked that the couple’s children would be “four-legged”.

Based on that quip, Private Eye columnist Auberon Waugh then wrote: “Princess Anne, Dame Anne Phillips has given birth to a centaur.

“So it is hard to decide whether one should congratulate her on her good fortune or commiserate with her.

“It happens in the best families. 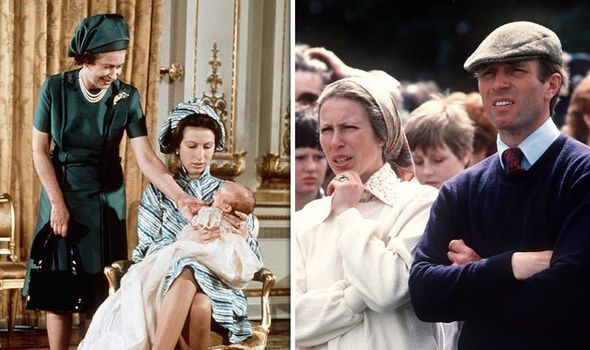 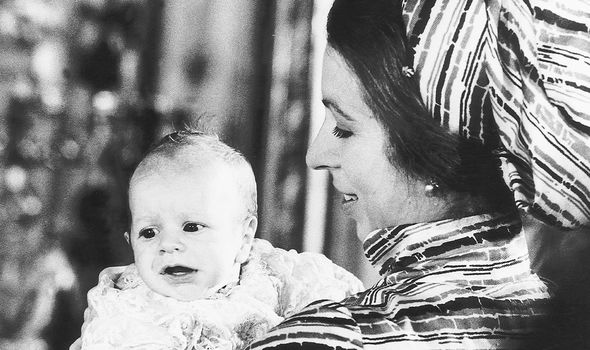 “The best thing is surely to enter him for Eton and for Fred Winter’s stable at Lambourn and decide which is more suitable nearer the time.”

Ironically, Peter is the only member of his family to not pursue horse riding in a professional capacity, and is actually a managing director for a boutique sports management company.

Still, Peter’s birth made him the first grandchild of the Queen and Prince Philip.

The announcement of a new royal addition was subsequently used as a means to criticise the whole monarchy.

Then Labour MP, Willie Hamilton, said at the time: “How charming — another one for the payroll.”

Despite this backlash, Anne’s husband Mark noted how he actually appeared to go up in the public’s estimations, having faced intense criticism over his extravagant lifestyle. 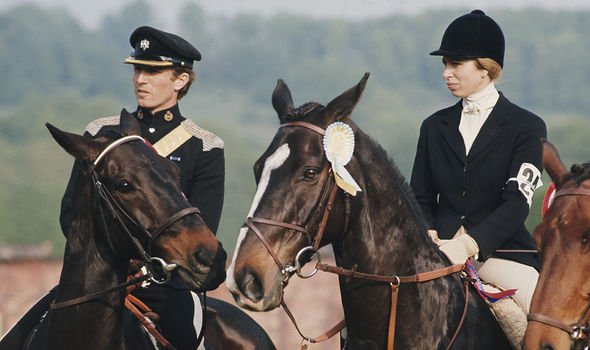 He said: “Well, it’s nice to think I’ve done something right for a change.”

Speculation that the couple were going to grow their family had overshadowed them ever since they tied the knot in 1973.

However, Anne did try to quell reports by telling the press: “Having a family can wait a bit longer.

“I know that some people think that you should have your children sooner rather than later, when you are closer to them in age, but I am not so sure.”

In a nod to the 10-year age gap between herself and her brother Prince Andrew, Anne said: “My own family is a splendid example of inconsistency.” 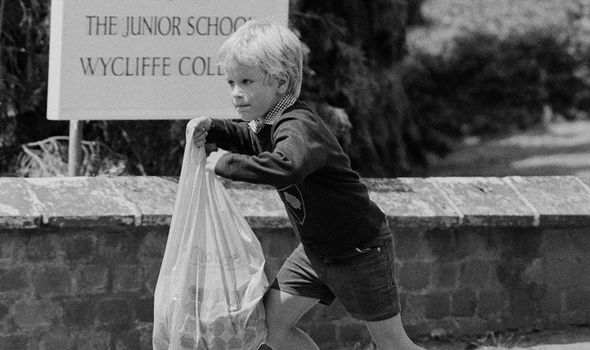 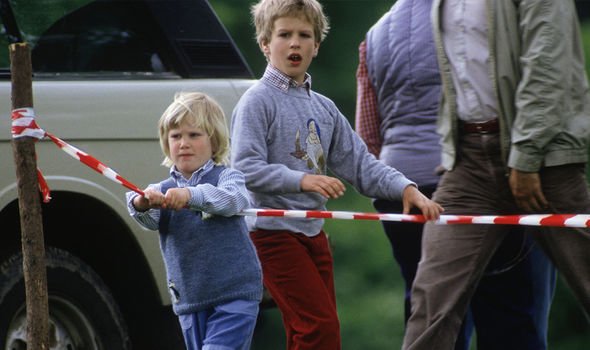 Anne had also made a series of light-hearted remarks about growing her family in the early years of her marriage — shortly before Zara was born in 1981, she said: “Being pregnant is an occupational hazard of being a wife.”

Still, she tried to shield both of her children — especially Peter, as he was the monarch’s only grandchild for a short while — from the public attention, and the scathing criticism he earned from Mr Waugh as just a newborn.

She told The Observer: “On the one hand you say, ‘he must be allowed to live a normal life’, and you try to keep him out of the limelight as much as possible.

“On the other hand, he has to know that it is there, otherwise the shock when the limelight comes is going to be awful.” 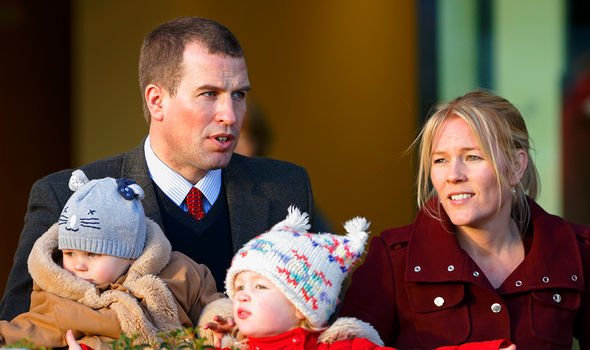 But, she concluded: “At the end of the day, people are always going to refer to him as ‘the grandson of the Queen’.”

Anne also told Radio 4 when her children were toddlers that “the less people know about them, the better”.

Peter has two daughters himself, but confirmed he was separating from his wife Autumn back in 2019.

‘Princess Anne: A Biography’ by Nicholas Courtney was published in 1986 by Weidenfeld and Nicolson and is available here.