Anne Boleyn 'wasn't much of a looker' claims expert

Anne was Queen of England from 1533 until 1536 – when she was executed for treason and other charges by beheading. She played a pivotal role in the political and religious upheaval that marked the start of the English Reformation. Despite the pair being an unlikely match, the brutal king is said to have fallen madly in love with Anne, who used her “flirtation, fertility, and faith” to seduce him.

And PBS’s ’Secrets of Henry VIII’s Palace’ documentary revealed how this played out 500 years ago.

The series said: “Excessive consumption and luxury defined Henry VIII, and at the heart of Hampton Court they came together in a heady mix.

“The palace’s Great Hall was the place to see and be seen.

“The 60-foot-high vaulted room was far more than just a royal dance hall, it was a unique token of love from Henry to his second wife, Anne Boleyn. 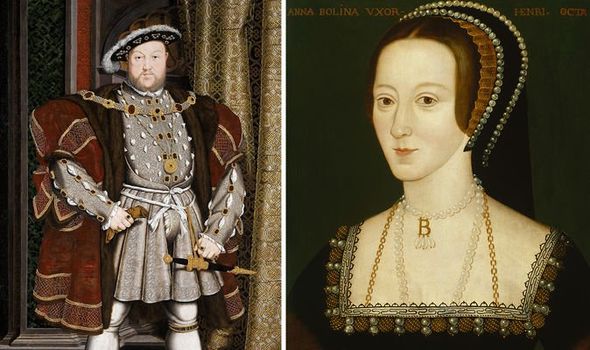 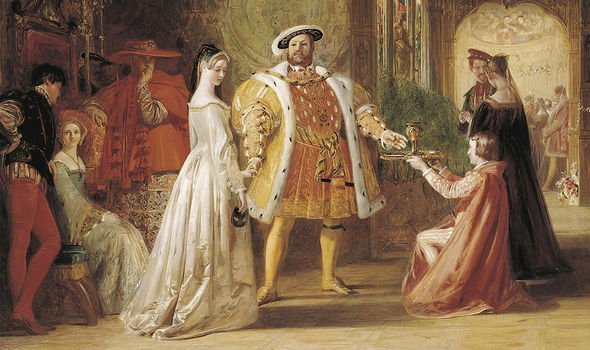 “As one of the Queen’s ladies in waiting, Anne Boleyn had made a big impression at court.

“After 20 years of marriage, Henry and Catherine [of Aragon] had failed to have a son and the King’s eye had started to stray.”

Debates over what Anne looked like has raged on for years as no contemporary portrait of her survived.

The other issue is that many of the descriptions given at the time were written during her relationship to Henry, and are said to have been skewed out of pure fear.

Lancelot de Carles, a member of the French embassy who wrote an account of Anne’s downfall in 1536, referred to her eyes, “which she well knew how to use. In truth, such was their power that many a man paid his allegiance”. 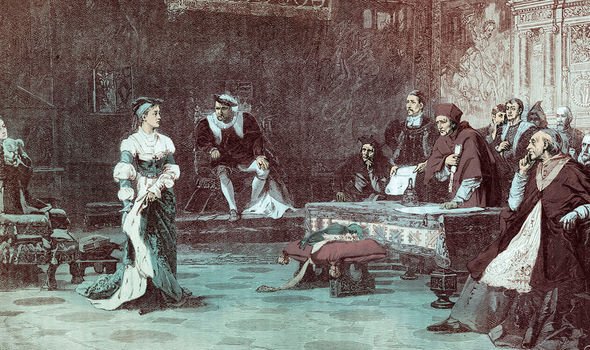 He further described Anne as “beautiful, with an elegant figure,” and as being “of fearful beauty” just days before her execution.

But author and historian Dr Suzannah Lispcomb detailed how an old account from a friend could shine a light on the truth.

She said: “We think of Anne Boleyn as being this really attractive woman, in fact, she probably wasn’t.

“She’s described by a friend as being ‘good-looking enough’ – and that’s a friend.

“She obviously was not that much of a looker, but she was cosmopolitan, she was witty and she was fun to be around. 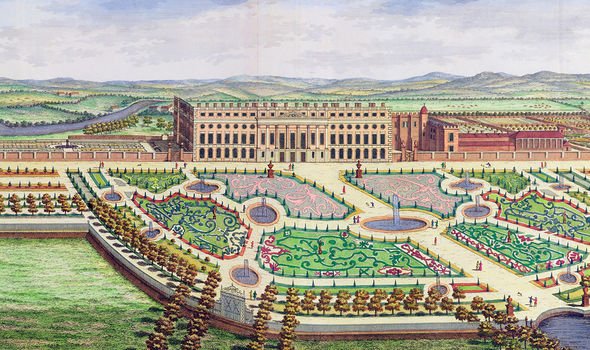 “Henry found her company to be enchanting.”

But what attracted Henry in 1526 is not said to have been Anne’s beauty, but instead her character, intelligence and charm.

The series explained how the situation panned out, and how he eventually had his marriage to Catherine of Aragon voided.

It added: “Anne played Henry well, refusing to become his mistress, she would only enter his bed as Queen.

“Frustrated and lovestruck, Henry wanted a divorce, but divorcing a queen was no small matter, igniting the fury of Catherine’s influential Spanish family. 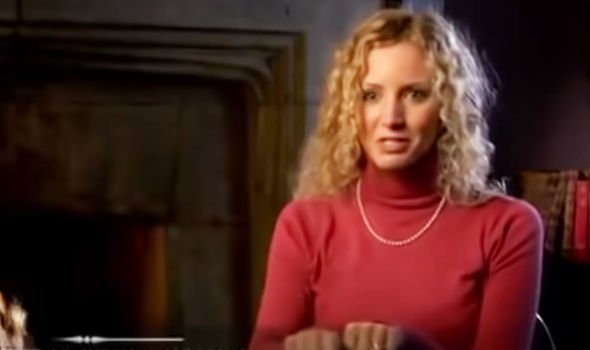 “Any annulment would have to come from the Pope himself.

“The King knew who to turn to – Cardinal Wolsey was given the unenviable task of striking a deal with Rome.”

The disagreement with Pope Clement VII on the question of such an annulment led Henry to initiate the separation of the Church of England from papal authority.

He appointed himself Supreme Head of the Church of England and dissolved convents and monasteries, for which he was excommunicated.

Henry was an extravagant spender, using the proceeds from the dissolution of the monasteries and acts of the Reformation Parliament.

He also converted the money that was formerly paid to Rome into royal revenue.

Despite the extra income, he was continually on the verge of financial ruin due to his personal extravagance, as well as his numerous costly and largely unsuccessful wars.