Anne, the second of Henry’s six wives, was famously executed in 1536 on charges of adultery, high treason and incest, as accurately depicted in Channel 5’s recent drama Anne Boleyn. However, the charges against her have been called into question over the centuries, with many believing Henry’s chief minister Thomas Cromwell fabricated them — especially as she was accused of carrying out an affair with her own brother. Other historians point out that the dates of her alleged crimes provided in her trial make it impossible for her to have carried out such acts.

Cromwell is said to have struggled with some of Anne’s political beliefs, while Henry was keen to marry his mistress Jane Seymour in his desperation to produce a male heir.

Four days after she was taken to the Tower of London, Anne is believed to have written a heartfelt letter to her husband promising that she was innocent of any charges brought against her.

However, on the website theanneboleynfiles.com, author Claire Ridgway explained that the letter “is said to have been found in Thomas Cromwell’s belongings which probably means that it never made it into the hands of the King”.

Others have suggested the version found in Cromwell’s possession after his 1540 execution was a copy, meaning the original had probably been destroyed.

The letter reads: “Your Grace’s displeasure, and my imprisonment are things so strange unto me, as what to write, or what to excuse, I am altogether ignorant.” 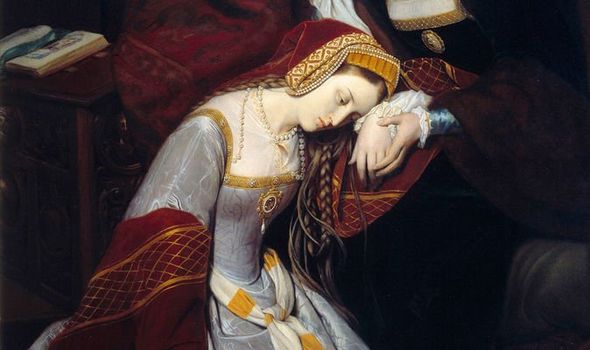 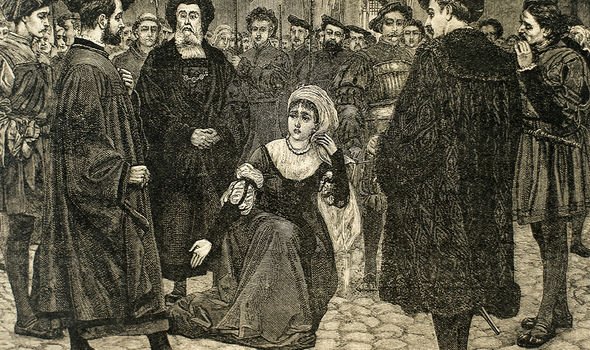 It added that Henry was repeatedly sending her “ancient professed enemy” to encourage his wife to confess, presumably Cromwell, but she maintained she would never “be brought to acknowledge a fault”.

The letter continues: “Let not any light fancy or bad council of mine enemies, withdraw your princely favour from me.”

She added that she was “your most dutiful wife” and reminded him of their daughter, the “infant-princess” Elizabeth.

Anne then pleaded for a “lawful trial” where her “sworn enemies” would not sit as her accusers and judges.

But, she claimed if he had already made up his mind that his wife was guilty based on “an infamous slander”, then she hoped God would “pardon your great sin” for his “unprincely and cruel usage of me”.

Finally, she pleaded: “My last and only request shall be, that myself may only bear the burden of your Grace’s displeasure, and that it may not touch the innocent souls of those poor gentlemen.” 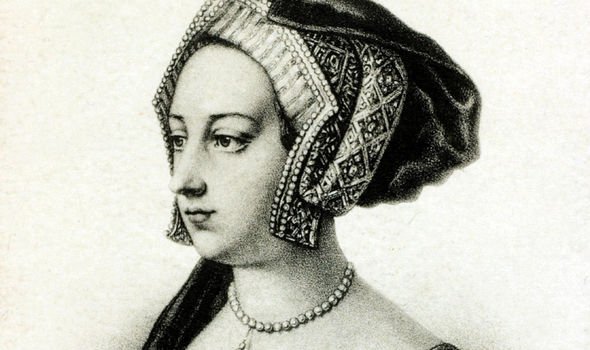 She finished by declaring herself: “Your most loyal and ever faithful wife, Anne Boleyn.”

However, this final plea was ignored; all of the five men she was said to have been unfaithful with were also executed.

Anne’s marriage to Henry was declared null and void two days before she was beheaded with a sword, rather than with a common axe like her alleged lovers.

The letter’s authenticity is sometimes questioned as it’s unlikely a prisoner would have been permitted to write to the King — but Anne was also the first Queen of England to be executed, meaning she may have been granted different privileges.

She was known for often challenging the King and speaking her mind, going against the expectations for women in court during the Tudor era. 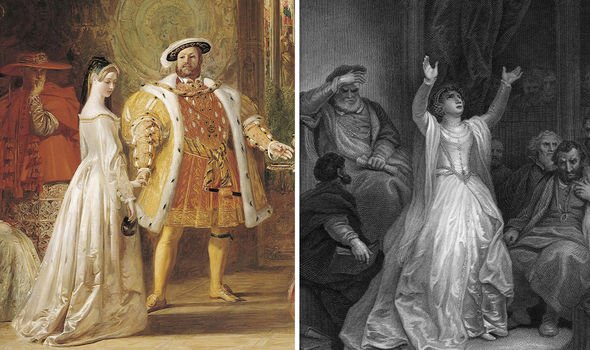 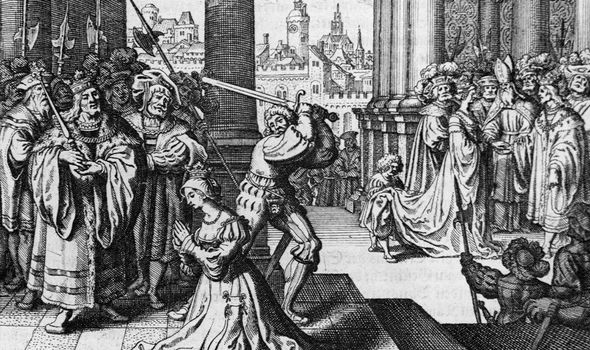 Historians also speculate that if Anne were to have written such a letter, it would have read in a similar manner — especially as she initially believed Henry would be merciful and allow her to live in a convent after a divorce.

Anne was found guilty during her trial on May 15, 1536, and died four days later, believed to have been approximately 35 years old.

As HistoryExtra points out: “In Tudor law defendants were presumed guilty until proven innocent (the burden of proof was on the accused to prove their innocence) and defendants were often unaware of the exact charges and the evidence being used against them before the trial.”

The jury were aware that they were expected to side with the sovereign, too, to avoid any punishment. 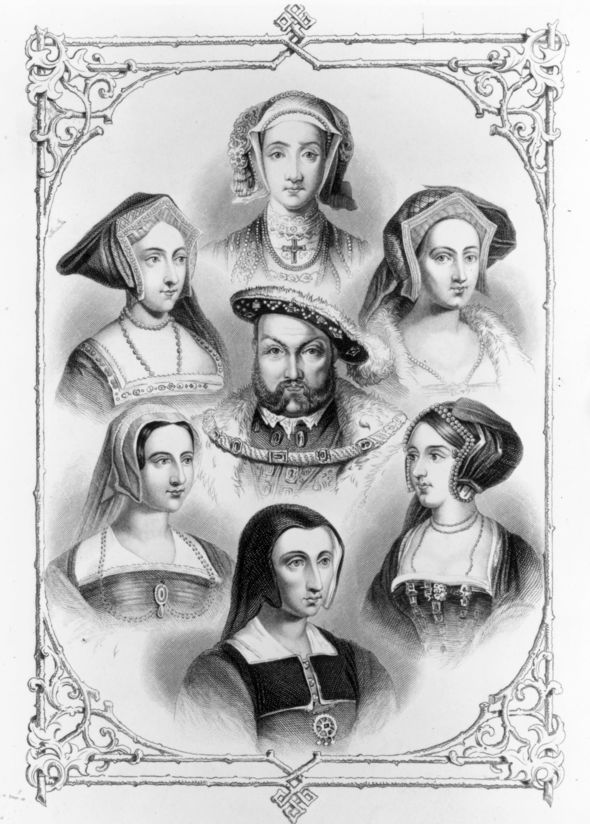 Contemporary reports from Tudor courtier Sir William Kingston claim that in her final hours, Anne had “much joy and pleasure in death” and seemed at peace with her fate.

Unlike in the Channel 5 drama — where actress Jodie Turner-Smith wore black for the Queen’s execution, Anne is said to have worn red, the colour of martyrdom for her death.

Henry became engaged to Jane Seymour 24 hours after Anne’s death, and they were married 11 days later.

Channel 5’s Anne Boleyn is available to watch on My5.