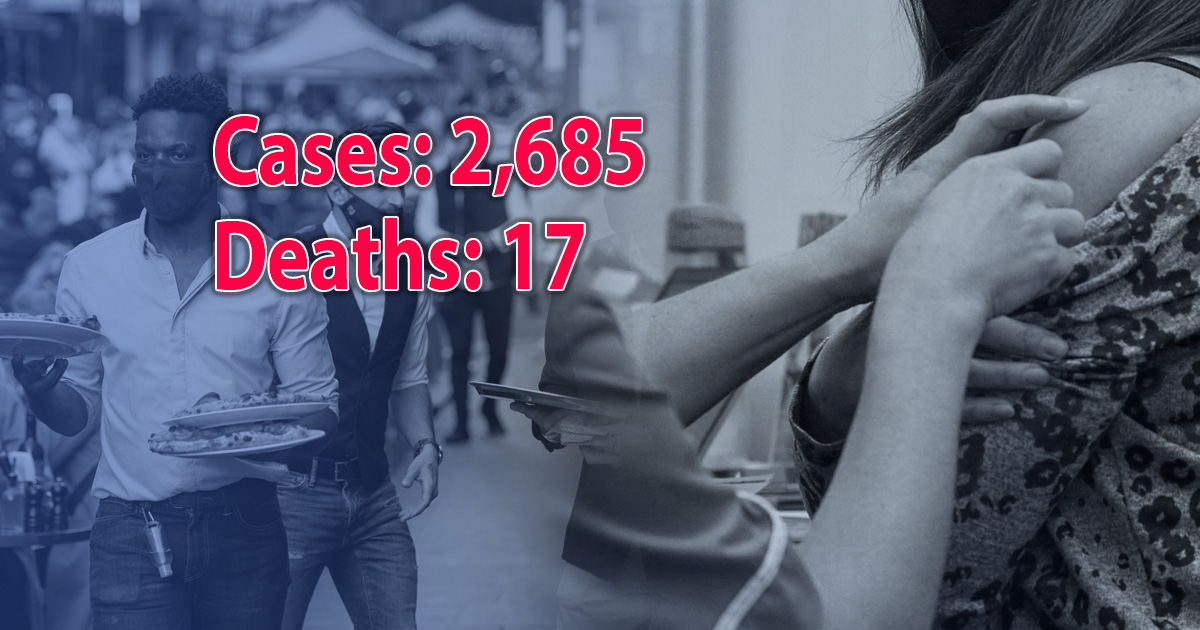 Another 17 people have died with Covid, while 2,685 cases have been reported across the UK in the past 24 hours.

However, the ONS states 152,205 deaths have now occurred in the UK since the start of the pandemic where the virus was mentioned on the death certificate.

A total of 4,409,631 people have tested positive since the crisis hit, according to the Department of Health.

It comes as a quarter of adults across the country are now fully vaccinated against Covid-19.

More than 13 million people have received both jabs after a record number of second doses were delivered over the last week.

Nearly 34 million people have been injected with a first dose of either the Pfizer, AstraZeneca or Moderna vaccine.

People aged 42 and over are now being invited to book their coronavirus jabs, the NHS confirmed today.

This marks the second time in a week bookings have been extended after the age range was lowered to 44 yesterday.

A parliamentary committee demanded all Covid fines be reviewed today, describing the process of handing them out ‘muddled, discriminatory and unfair’.

More than 85,000 fines have been given in England since the pandemic started, and 8,000 delivered in Wales.

Meanwhile, travel to the US, France, Italy and Germany could be allowed by June 28 under new coronavirus vaccine passport plans.

G7 leaders are set to discuss the new system at a summit in Cornwall held between June 11 and 13.

While cases have plummeted in the UK, India recorded more than 320,000 new infections on Tuesday taking the total to 17.6 million – the highest toll of any country, bar the United States.

The UK, along with nations including the US, Germany, Israel, France and Pakistan, have promised medical aid as one Bhopal official claims: ‘The virus is swallowing our city’s people like a monster.’