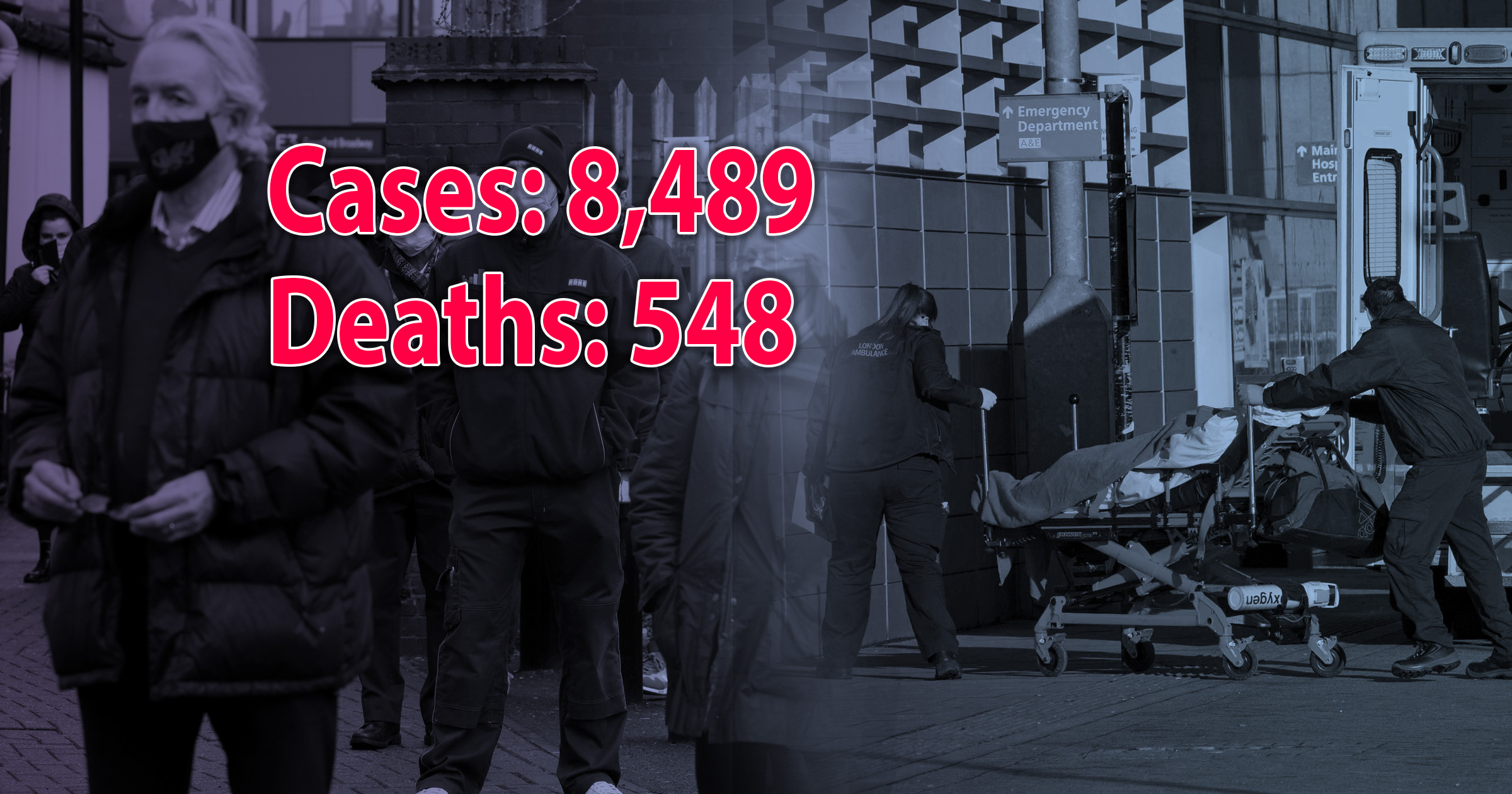 This number rises to 135,613 when taking into account all fatalities that listed coronavirus on the death certificate.

A further 8,489 lab-confirmed positive test results were returned in the last 24 hours, according to the Department of Health.

This means a total of 4,134,639 people have tested positive since the start of the UK’s outbreak.

In the past 24 hours, a further 210,804 vaccines have been administered, the latest Government data shows.

The latest figures come after Nicola Sturgeon set out plans for easing lockdown measures in Scotland today, with the ‘stay at home’ order removed from April 5 if the data allows.

She told the Scottish Parliament ‘if all goes according to plan’ the country will move back to the levels system of restrictions from April 26, with all council areas moving to Level 3.

This will allow a ‘phased but significant reopening of the economy, including non essential retail, hospitality and services like gyms and hairdressers’, the first minister said.

The first phase saw the partial return of pupils to school on Monday, with the second stage set to take place no earlier than March 15.

Unveiling the revised road map out of lockdown, she told MSPs lockdown would ease in phases, separated by at least three weeks and would be dependent on case and death rates.

Yesterday, Boris Johnson unveiled England’s four-step ‘road map’ for easing restrictions, which he also said would be dependent on suppressing the virus.

He said four key tests would need to be met to allow the easing of each round of restrictions, which will take place in five-week gaps.

They will depend on the success of the vaccine rollout, the efficacy of the jabs and their impact on reducing hospital admissions and deaths, a drop in infection rates, and the new variants.

Mr Johnson told MPs that the priority was getting all children back to the classroom on March 8, when outdoor sports and activities will also restart.

The Government aims to ‘remove all legal limits on social contact’ with the hopes the country will reach near normality by July, when every adult is predicted to have been offered their first dose of a Covid-19 vaccine.