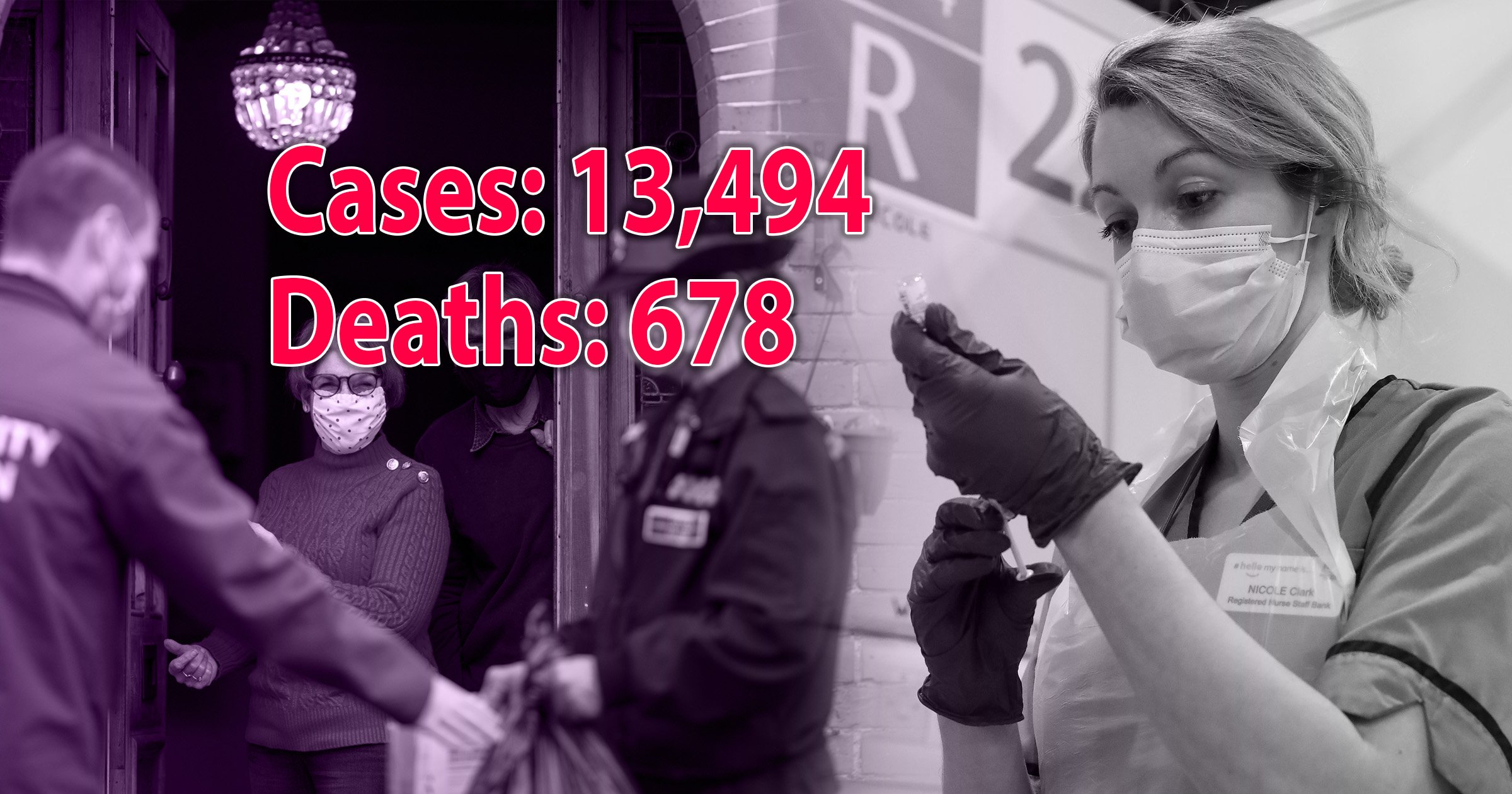 Another 678 people have died with Covid in the UK while 13,494 more positive tests have been recorded.

The number of daily deaths has dropped compared to yesterday, when it was announced that a further 1,001 people had lost their lives to the virus.

However, daily infections have increased slightly, with 13,013 new cases recorded in the 24 hours to Wednesday.

The figures from the Department of Health also show 13.5 million people have received their first dose of a Covid jab, bringing the Government closer to its target of vaccinating the 15 million people in the top four priority groups by mid-Feb.

The latest numbers come after Downing Street appeared to push back the date for unveiling a roadmap out of lockdown.

Boris Johnson has previously committed to a date of Monday February 22, but his spokesperson today said the plan would be published that week.

‘We’ve been clear we will publish the roadmap on the week of the 22nd,’ he said.

‘We will set out the roadmap that week but you’ve got what we’ve said previously about trying to give schools as much notice as possible and we’ve said we’ll give at least two weeks.’

If the plans are not published until the end of the week, on February 26, schools would not be able to reopen until at least March 12, which is on a Friday. That is a week later than the previous target date of March 8.

The Government has said it will prioritise the reopening of schools when restrictions are lifted but has remained tight lipped on other details.

Reports last week suggested outdoor socialising could be allowed within weeks of pupils returning to the classroom, while pubs could reopen in May.

In further Covid news, a study has suggested there could be four additional symptoms of coronavirus.

At the moment, the official symptoms recognised by the NHS are a loss of smell and taste, a fever and a new persistent cough.

But chills, a loss of appetite, headaches and muscle aches could also be included, according to a study of more than one million people in England. The research is based on swab tests and questionnaires from Imperial College London’s React study, carried out between June 2020 and January 2021.