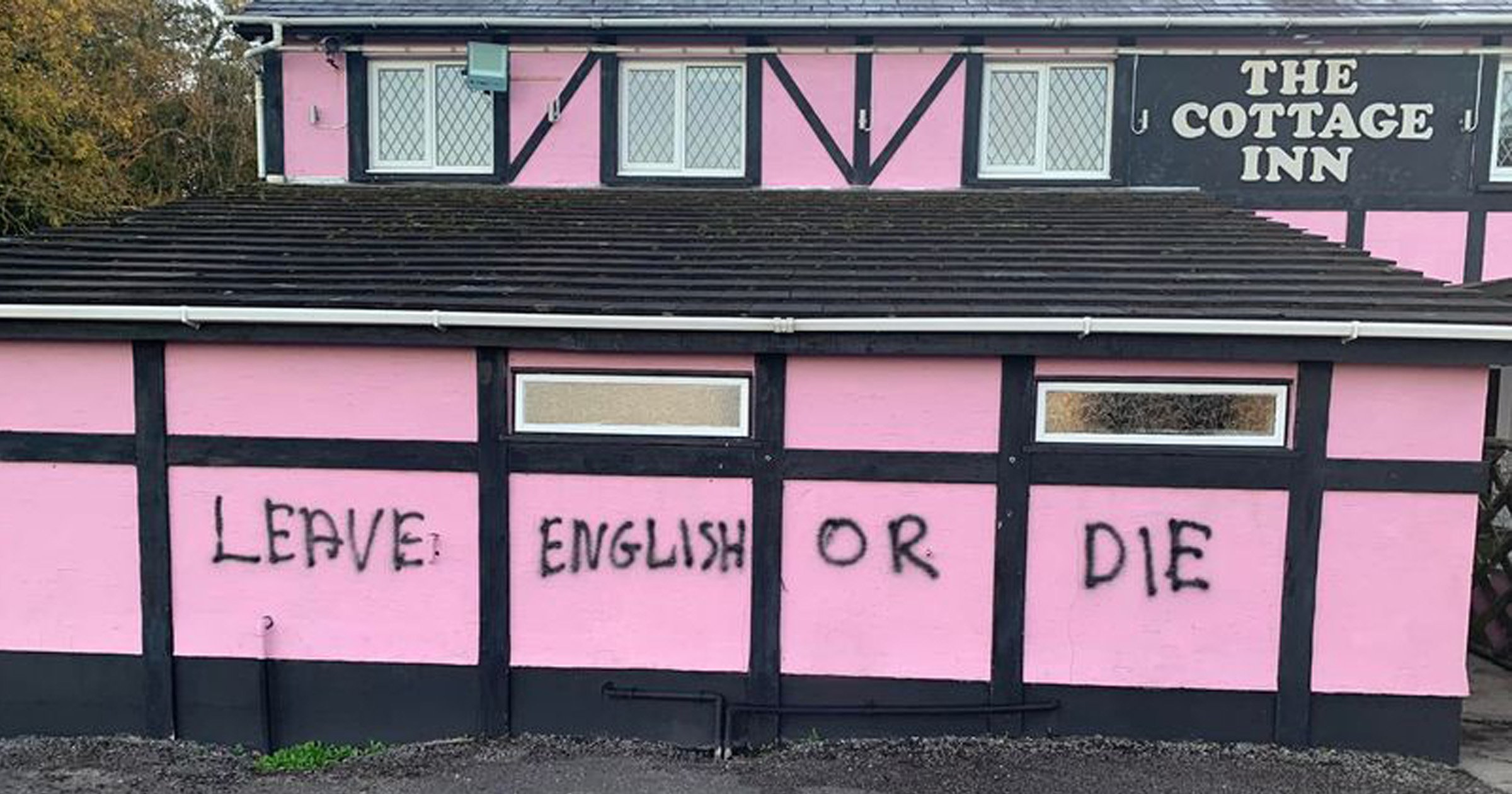 A couple have been forced to close their pub in Wales temporarily after anti-English graffiti was sprayed on the side of their building.

They posted pictures of the graffiti on Facebook saying that they had to close for a short time because of the number of phone calls they were receiving. The pub was due to reopen at 4pm today.

They added that they are ‘a little on edge at present’ because they don’t know how far the vandals would go.

They said: ‘Just had a call from a member of the public to say to cover up the graffiti because it’s disgusting.

‘We explained we were waiting for police but he said we were disgusting. We are the victims, and we are closing due to things escalating.’

The couple, who moved from Lancashire to the Welsh countryside in their dream to run a pub just five months ago, have said they are not underestimating the threat.

Vincent said: ‘We are both from England. When we saw the word ‘die’ we knew it had to be taken seriously.

‘We have told the police and it is in their hands.’

Many locals have agreed the anti-English sentiment was ‘shocking’ and was not a reflection of the community’s views.

Other English people in the area also offered their support, and noted they were now worried about the ‘hatred’.

One person said: ‘I’m so disgusted seeing that and being new to the area ourselves from England, this makes me very worried by the complete hatred in the area shown to a couple who are just trying to help the community and run a business.

‘This is a death threat and should be taken seriously by the police.’

The couple also claim this is not the first time they have been targeted, as in July their sign was stolen which cost £98 to replace.

The pub is expected to reopen this evening.