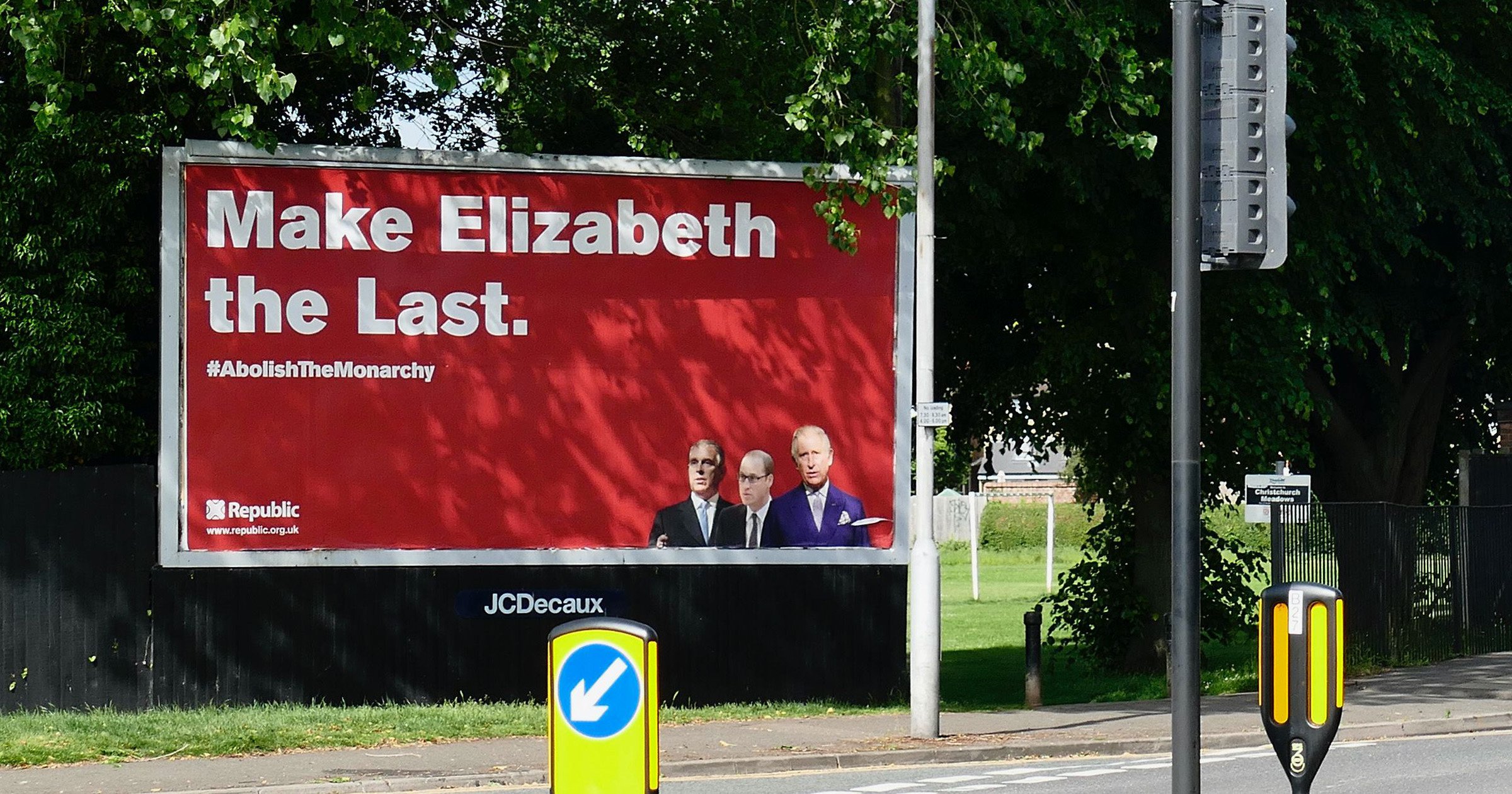 Anti-monarchy billboards plastered across the UK days before the Queen’s Platinum Jubilee have been slammed as ‘disgraceful’.

Campaign group Republic crowdfunded more than £45,000 to print and display the posters with the controversial slogan ‘Make Elizabeth the Last’.

Not everyone is happy with the timing, as supporters of the Royal Family celebrate the Queen’s Platinum Jubilee this Bank Holiday weekend.

But as 10million Brits are expected to sit down together at 70,000 Big Jubilee Lunches, Republic chief executive Graham Smith said it is ‘absolutely the right time’ for people to debate the future of the monarchy.

’70 years of one person being head of state is not a great idea,’ he told the BBC as he called for ‘an honest, grown-up debate’.

‘It’s not healthy for a democracy and this is also probably the last major event of the Queen’s reign and we need to start thinking about what’s going to happen next.’

According to Republic’s fundraiser, some 40 posters have gone up, featuring the faces of Prince Andrew, Prince William and Prince Charles, with the hashtag #AbolishtheMonarchy.

So far, they have been spotted in Aberdeen, Glasgow, Newcastle, Leeds, Liverpool, London, Bristol and Birmingham just days before the royal celebrations.

The group wrote on its funding page: ‘The Queen’s reign is fast coming to an end. She has already all but retired from public life.

‘What comes next is a monarchy reduced to Charles, William and Andrew, not an exciting prospect for anyone.

‘The issue goes way beyond who is on the throne, with Britain’s constitution desperately in need of wide ranging reform.

‘That must include the abolition of the Lords and the creation of an elected, independent head of state.

‘Without the Queen protecting the royals, with more controversial and divisive men in charge of the monarchy change will be much easier to achieve.’

But not everyone seems to be backing the campaign and Reading councillor Clarence Mitchell branded it ‘disgraceful’.

He said the timing of Republic’s stunt ‘is as disgraceful as it is distasteful and sadly it’s tediously predictable’.

‘In a democracy, under a constitutional monarchy, Republic can make all the arguments they want and they have every right to do that,’ the councillor added.

The row comes as the latest YouGov poll shows more than half of Brits are not interested in Her Majesty’s 70th anniversary.

While the monarch has maintained a strongly positive view in the eyes of the public over the last decade, only 14% have plans to celebrate her reign.