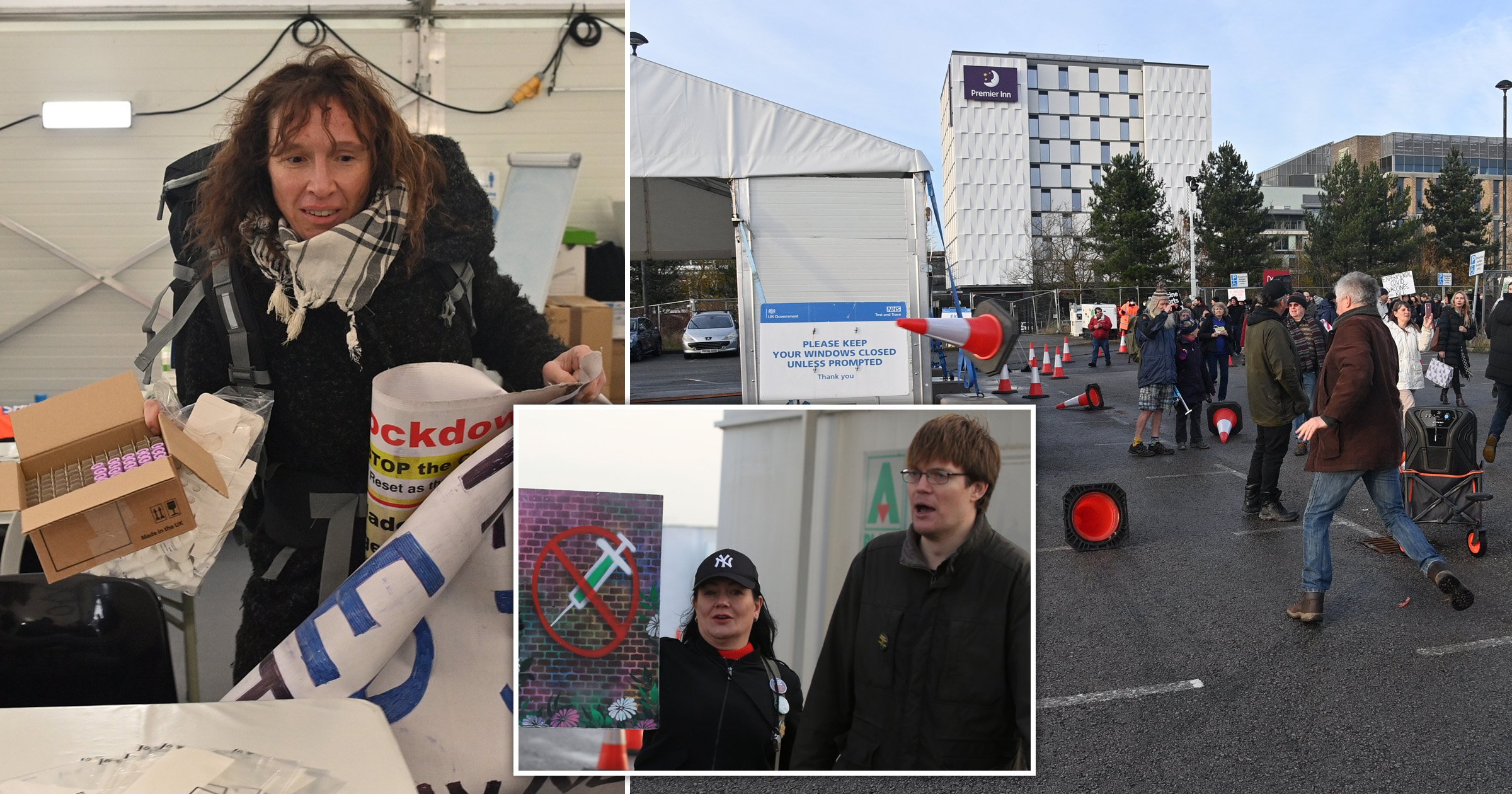 Anti-vaccine protesters stormed a Covid testing centre, tore down signs and appeared to throw some of the equipment in the bin.

Hundreds of people marched on the testing site after holding a rally in Milton Keynes, and shouted ‘shame on you’ at staff.

They also yelled ‘Boris lied, people died’ and ‘fear is the currency of control’ as they demonstrated close to where the Prime Minister himself had visited a vaccination centre hours earlier.

Staff at the scene were forced to hide in cabins while being accused of ‘genocide’ and ‘murder’.

Footage showed one protester dump a box of what appeared to be testing equipment in the bin while others cheered.

Conspiracy theorist Piers Corbyn, 74, had earlier addressed the so-called ‘Freedom Rally’ but it is not known if he was with the group that raided the test site.

They disrupted the centre on a day when officials raised concerns about the country’s testing capacity in the face of surging cases.

At-home lateral flow test kits were unavailable to order and many PCR testing sites were fully booked due to intense demand.

Boris Johnson used his visit to the city to urge people to get themselves tested and vaccinated to ensure they are safe on New Year’s Eve.

He told reporters: ‘Everybody should enjoy New Year but in a cautious and sensible way – take a test, ventilation, think about others but, above all, get a booster.’

Thames Valley Police said on Twitter: ‘We are aware of an anti-vaccination protest in Milton Keynes today. We’re currently reviewing the activity for any criminal offences and will take swift action if any have been committed.’