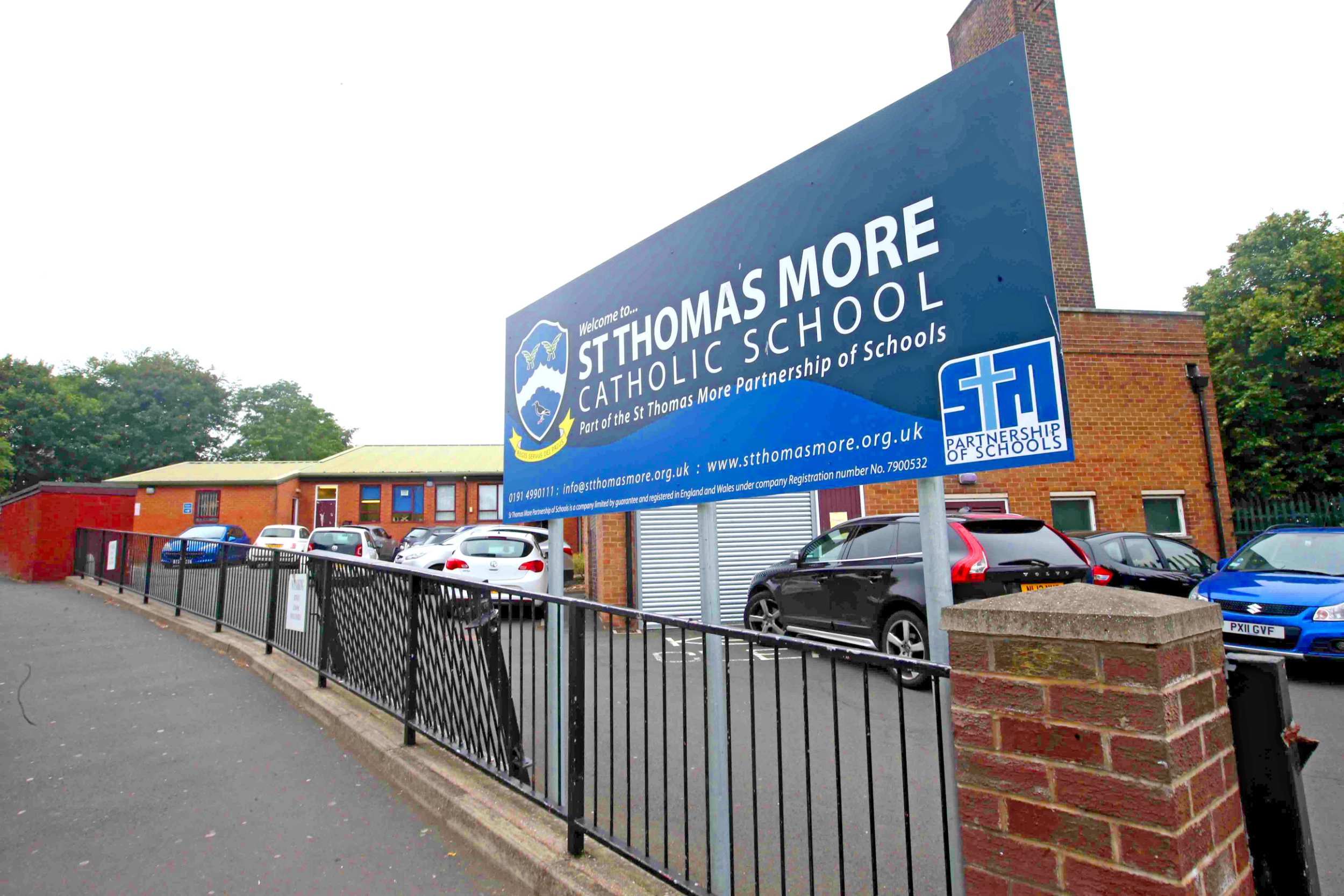 A group of anti-vaxxers who ‘ambushed’ terrified schoolkids and showed them pictures of dead children are being hunted by police.

Around seven protesters swarmed the gates of St Thomas More Catholic School in Blaydon, Tyne and Wear, as it started vaccinating pupils aged 12 to 15.

One anti-vaxxer used a loud speaker to spout conspiracy theories, while the rest handed out leaflets showing graphic images of disfigured children to put the pupils off the Covid jab.

Officers attended the school at 8.40am on Monday after getting dozens of calls from concerned parents, but the protesters had already fled.

Many said their children had been left ‘in tears’ after the anti-vaxxers thrust the horrific leaflets into their hands.

One parent said: ‘My 13-year-old daughter called me after she arrived at school saying a woman had tried to force her to take a vile leaflet.

‘Apparently it showed a colour picture of a young girl covered in blood and the woman told her the vaccine had killed her.

‘Others showed pictures of deformed kids. It was very upsetting and she asked me, “Is the jab going to kill me?”

‘Some of her friends were in tears. I told her these loonies like upsetting people and to tell the teachers.’

Another mum added: ‘Our kids shouldn’t be getting ambushed by these idiots when they’re going to school.

‘Luckily my son is pretty savvy and just told one of them to ‘eff off and stop trying to scare the kids. I don’t like swearing but I let him off this time.’

Headteacher Jonathan Parkinson told the BBC that around 60% of students had given their consent to take the vaccine.

He said: ‘We had a number of emails from parents asking whether we felt we were doing the right thing.

‘We are publicly-funded school and we have immunisations running every year. This is just part of that.’

Responding to the protests, he said: ‘We had six or seven protesters on Monday. There were two groups. It seemed one were leafleting the children and regaling through a loud hailer of their views.

‘The children were not really fazed by that.

‘There was another couple of protesters who were showing our younger children what appeared to be dead and disfigured children, which they claimed were as a result of the vaccine.

‘This upset quite a few children. They stopped doing it when we realised what they were doing and asked them to stop.’

Northumbria Police said: ‘We are continuing to speak with the school in question and enquiries are ongoing to establish whether any criminal offences have taken place.’