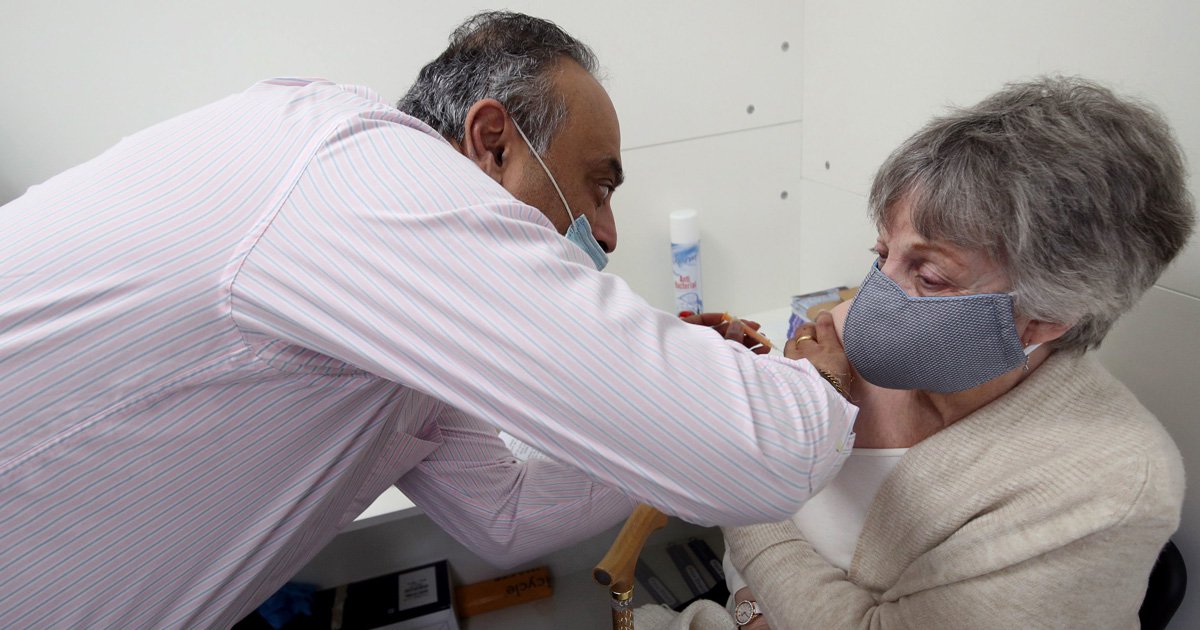 The over 60s are now being offered the chance to get their Covid vaccinations on the NHS.

The next stage of the process has begun as the UK nears it’s target of vaccinating 15 million people by mid-February.

People aged 60 to 69 will be invited to get the jab in England if supplies allow and if GPs have done all they can to reach those at higher risk, the NHS said.

Some parts of England have already begun vaccinating the over-65s with their first dose after they reached everyone in the top four priority groups – including the over-70s and care home residents – who wanted a jab.

Nottinghamshire Clinical Commissioning Group is among those that has invited over-65s to receive a vaccine, while in Shropshire, Coventry and Hampshire some vaccines have been given already.

NHS England said regions could now move onto people aged 60-69 if every effort has been made to contact and vaccinate those in groups one to four, and if there are supplies.

The UK Government originally set itself a target to vaccinate everyone in the top four groups by February 15, with plans to ease the lockdown restrictions three weeks after this date.

By yesterday, 13,509,108 people had received their first dose of either the Pfizer or Astra Zeneca jabs.

In Wales, First Minister Mark Drakeford said some over-50s have already begun to be contacted and offered a vaccination after the top groups were reached.

Meanwhile, Scotland’s First Minister Nicola Sturgeon has said she expects many in the 65-69 age group to have had their first vaccine by the middle of this month.

And in Northern Ireland, people aged 65-69 have been able to book a Covid-19 vaccine at seven regional centres since the end of January.

However, some GPs have expressed frustration at being told they cannot move on to the next groups.

A GP in Kent, with the Twitter handle @yvettedoc50, suggested last night she had run out of people to vaccinate but had been stopped from moving on to other groups.

She said reasons for those in the top four groups not receiving their vaccine included ‘choice/transport issues/Covid symptoms etc’. She added: ‘This shouldn’t be stopping us.’

The Guardian also reported that doctors at the Francis Crick Institute in London needed more groups to vaccinate.

It said they were providing first doses at a rate of 100 a day when they have capacity for 1,000.