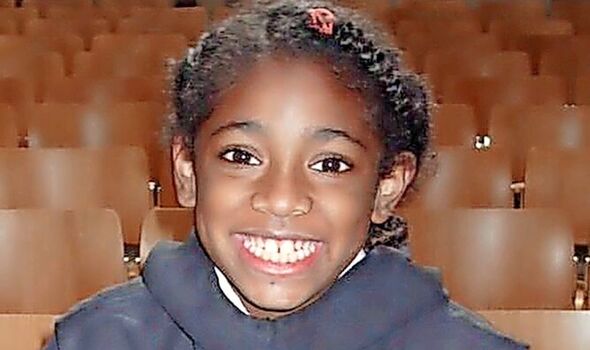 Her twin siblings Robert and Sophia were at a candlelit vigil earlier this year on what would have been their sister’s 18th birthday.

Their mum Rosamund said: “I think her siblings deserve a full apology from the Government because the coroner was clear that without illegal levels of air pollution, she wouldn’t even have got asthma.

“This year, she would have been going to university. So in her memory, I think they should do it justice. The Government still needs to acknowledge that without illegal levels of air pollution, Ella would still be here.”

The family home was near the busy South Circular Road in Catford, south-east London, when Ella died in 2013. Today marks one year since Coroner Philip Barlow published his

Prevention of Future Deaths Report – based on Ella’s case – which spells out how to save lives.

He suggested implementing legal air pollution limits based on World Health Organization (WHO) guidelines. He also called for a public awareness campaign and education for the medical community about the dangers of air pollution to health.

The Department for Environment is carrying out a public consultation on UK air quality targets. But it proposes to meet WHO guidelines set in 2005, rather than its 2021 guidelines, which are based on the latest science.

Rosamund said: “The public consultation is incredibly weak. What the coroner recommended and what the Government is putting forward is not the same thing.”

“We need a public health campaign to tell the British public about the detrimental impacts of air pollution.” ??Exposure to traffic pollution may slightly raise the risk of catching Covid in the days after breathing it in, a study by Sweden’s Institute of Environmental Medicine suggests.”

Ella’s death from an asthma attack might have been avoided had she not been exposed to such high levels of toxic air.

Urgent action needs to be taken as air pollution is responsible for 36,000 UK deaths every year.

It puts people with lung conditions, including asthma and chronic obstructive pulmonary disease, at risk of life-threatening attacks and flare-ups.

The Government promised a public consultation on new legal targets for air pollution levels, with the aim of these targets becoming law by October 2022.

But their aim of cutting down air pollution by 2040 is just not ambitious enough when we know a child is born breathing in toxic air every two minutes in Britain.

London’s Ulez [ultra low emission zone] has been effective in reducing dirty air, but Liverpool and Manchester plans for similar schemes have been delayed. This is not good enough.