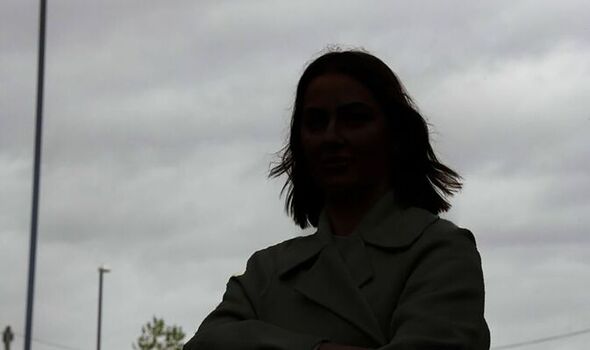 A brave woman who was savagely beaten in a street mugging used an Apple device to trace and find her iPhone – after police failed to help her.

Sabina, who doesn’t want her surname used, tracked down the assailants after using the Find my iPhone app following the brutal attack. Police told her their hands were tied as there was no exact address, but the force since said it failed to meet its usual high standards.

Sabina, 33, and two friends chased down the suspected attackers, who ditched the device and fled.

She’d had her phone and handbag stolen as she walked home from a pub in Derby city centre on Saturday, October 22.

Yet, even when the woman managed to get a name for one of the suspects, police insisted they were unable to help her.

“I’m lucky that I know a lot of people and have friends on Facebook who helped. They seemed to care more than the police,” Sabina told Derbyshire Live.

“My life is on my phone. Pictures of my nana who died last year and my daughter are on there. It’s very important and personal to me.”

I’m lucky that I know a lot of people and have friends on Facebook who helped. They seemed to care more than the police

Derbyshire Police are now following up significant lines of enquiry.

The victim, of Derby, used another Apple device to locate her phone the next after the attack.

Sabina, punched in the face three times and kicked in the mugging, continued: “After they’d stolen my phone and bag I thought they’d leave because they had everything. But then they started kicking and punching me. It did feel like they were going to kill me because what else did they want?

“I just want them to be arrested. I’m desperate for it because I can’t sleep at night knowing they’re just walking around the streets and I don’t want this to happen to anyone else.

“I think it’s quite serious that the police haven’t reacted at all. At the police station, they promised me so much help. They told me they could make my house more secure, give me a camera and put a police car outside my house. Little things that make me feel safe. But nothing. I can’t believe they’d just leave it like this.”

The woman informed the police on Sunday, October 23, before being invited to the station to give a formal statement that night. She was told by an officer that she’d receive a phone call in the morning regarding the “important” photographs of her bruised face and body, as well as to make an appointment for officers to retrieve fingerprints from her mobile phone. But she claims this was the last time she heard from them.

With the help of people she knew, she contacted the guesthouse outside which the assailants had been standing with her phone and eventually uncovered the name of a suspect. She rang the police back on Wednesday, October 26, with all the information she had been given but she says her call was unanswered.

A spokesperson for Derbyshire Police said: “On Saturday 22 October we received a report of a robbery of a woman in Abbey Street, Derby. Officers attended the scene and conducted a search but were unable to locate the suspects.

“The following day a number of enquiries were carried out, including a CCTV trawl on the route the victim had walked, as well as house-to-house enquiries. Earlier that same day the victim had contacted the force to explain that an app on her phone showed the current location of the phone – but not a specific address.

“An officer was allocated to carry out intelligence work on the area the phone was shown to be in, however, later that day the victim explained that she had recovered the phone from another area of the city – an area that officers had not been updated about.

“Following a statement being taken on the evening of 23 October there was a delay in the crime being allocated and for a number of days, the victim was not contacted. That was not correct and for that, we have already apologised, and do so again unreservedly.

“In the past days further enquiries have been conducted and the victim is being kept regularly updated by the investigating officer.

“Incidents such as this are taken very seriously by the force and, while the initial contact between the force and the victim was not to the standard that she or we would expect, the investigation is being progressed and there are significant lines of enquiry being followed.”