Netflix is set to release its new drama film ‘The Dig’ in the new year, which depicts the events of the excavation of Sutton Hoo, near Woodbridge, Suffolk. The site became the centre of an incredible discovery when an ancient burial was uncovered on the property of English landowner Edith Pretty. Archaeologists uncovered two early medieval cemeteries that dated from the sixth to seventh centuries and have been excavating the area ever since.

One cemetery had an undisturbed ship burial with a wealth of Anglo-Saxon artefacts, and the BBC’s ‘Masterpieces of the British Museum’ documentary revealed how it was spotted by self-taught archaeologist Basil Brown.

The narrator said: “Basil Brown had a real passion for investigating monuments.

“Assisted by Mrs Pretty’s gardener and gamekeeper, he carried out the delicate task of excavating the site.

“Just a few weeks of painstaking work on mound one revealed the impression of a ship which had long since rotted away.” 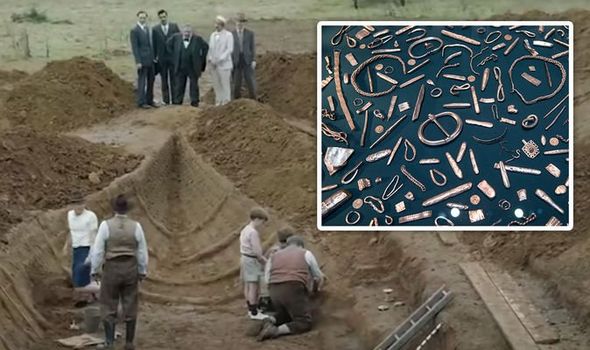 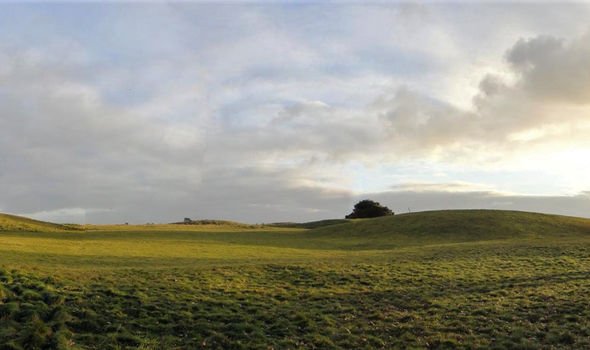 She said: “Somebody else less skilful would have charged straight through that, but Basil’s very clever excavation did actually reveal the impression of the boat left in the sand.”

Archaeologist and author Angela Care Evans explained how the sheer size of the discovery took everyone by surprise.

“He was very aware during the excavation that he was into something very special.” 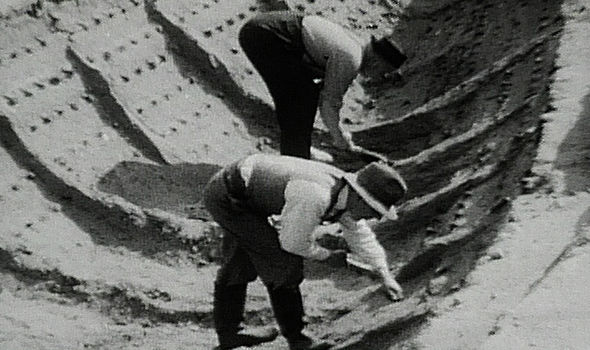 But the work was soon taken over.

The narrator continued: “Whispers about the discovery began to get out and very soon the authorities were involved.

“Charles Phillips, a Cambridge academic, visited the site and was dumbstruck by what he saw.

“The burial chamber was yet to be opened and was clearly unrobbed.

“Phillips felt that it was not appropriate work for one man, a gardener and a chauffeur and took over the excavation and it became the richest archaeological find in British history.”

Most of the objects uncovered from Sutton Hoo are now held by the British Museum. 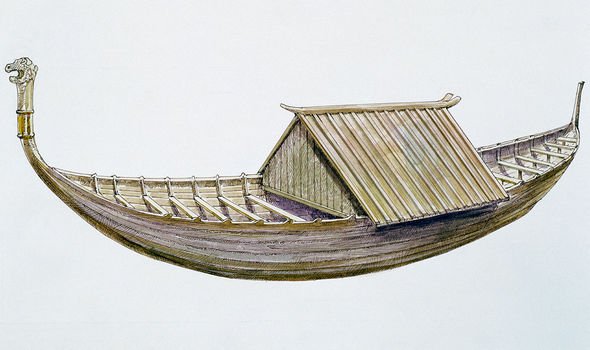 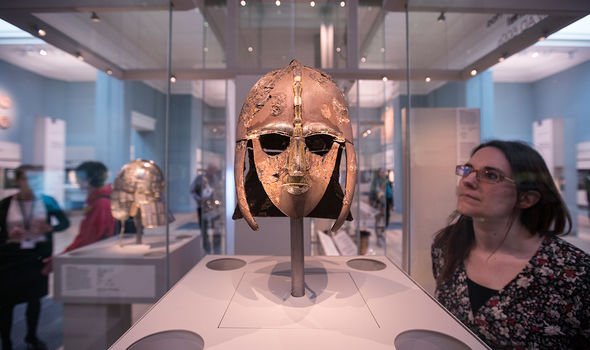 Scholars believe King Raedwald of East Anglia is the most likely person to be buried in the ship and the site is important in understanding the Anglo-Saxon kingdom of East Anglia.

It is considered one of the best British treasures ever discovered and at the time was worth around £50,000, or £3.3million today.

The new Netflix release is directed by Simon Stone and based on the 2007 novel of the same name by John Preston.