HMS Edinburgh was sunk by a German U-boat in 1942. The town-class light cruiser was travelling with 58 of her crew and 465 gold bars intended as payment from the USSR to America for war equipment when disaster struck. The vessel laid undetected 200 miles off Murmansk, 800 feet below the surface of the Barents Sea for almost four decades.

Historian Dr Michelle Blagg detailed in her book ‘HMS Edinburgh and her cargo of gold’ how the tragic event unfolded.

She wrote: “On April 30, 1942, Edinburgh received two torpedoes from U456, the first hit her starboard, the second to her stern wrecking steering equipment and crippling her.

“With only two small minesweepers for protection, an attempt was made to return to port.

“A Russian tug, sent to help, located her on the May 1 and having secured a wire, started to tow Edinburgh back to Murmansk.

“Slow progress was made but the next day, she came under attack again from three German destroyers and had no option but to drop her tow. 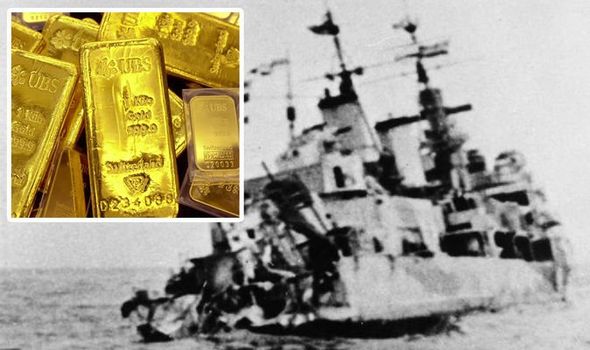 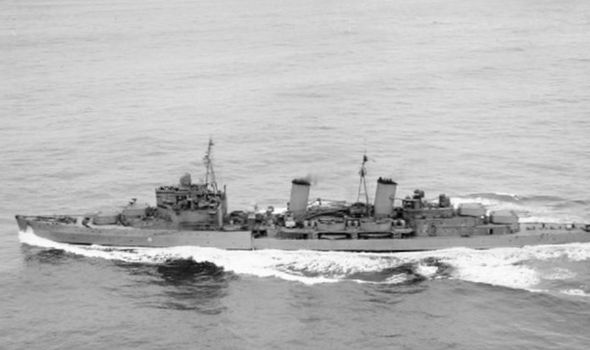 “It soon became clear as damage control reports reached the bridge, that the ship was open from side to side with sea washing straight through.

“The signal to ‘abandon ship’ was given and minesweepers went alongside to take off the wounded, passengers and the crew. “

According to reports, the ship’s captain later remarked “I shall never understand why [the Germans] didn’t come in and finish us off. I think they had acknowledged defeat after being so heavily shot at.”

But that decision would allow for a remarkable find years later.

In 1981, a salvage team successfully located the wreck and 431 of the bars. 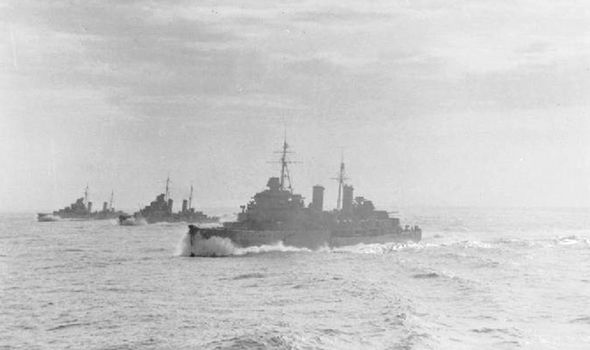 Working around-the-clock, the team recovered the gold bars – each weighing 23 pounds – from a pitch-dark ship storage room full of unexploded bombs, antiaircraft shells and other munitions.

Stamped with dates ranging between 1936 and 1942, the Soviet treasure was on their way to the US in the hold of the 10,000-tonne British cruiser.

British and Soviet official divided the gold among them.

By dictates of a postwar insurance settlement, the Soviet Union received two-thirds of the rest and the British government one-third.

The US received nothing because it was reimbursed by insurance for the lost gold at the time.

Even with the cut, the Government took from the consortium in taxes, the expedition’s profits provide a bounteous reward for expedition leader Keith Jessop. 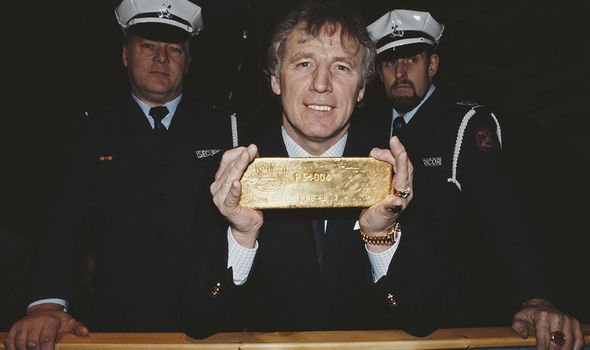 They descended in a diving bell, where one remained while the other worked inside the wreck, and an umbilical cord from the ship supplied air, food, communications and electricity.

A hose from it pumped warm water through the working diver’s wet suit to keep them from freezing to death in the Arctic cold.

The divers had to cut an opening in the hull of the ship near where a Nazi torpedo had ripped through it and had to move gingerly aside to avoid detonating any of the dangerous bombs that shared the hold.

On the deck of the supporting vessel, a British ordnance expert defused each bomb as it was brought up. 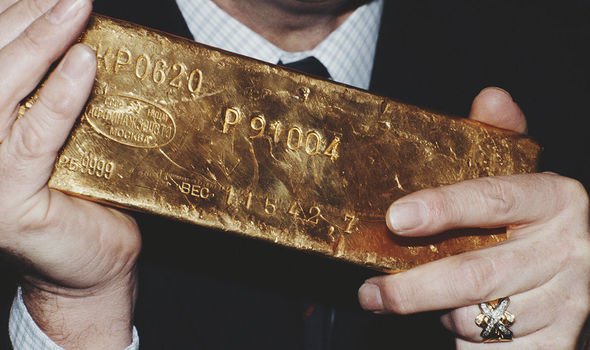 When they reached the gold, the divers loaded the bars into a wire basket for the ascent to the main ship.

Dougie Matheson is celebrated as the man who reclaimed the motherlode.

Speaking to the Times in 2020, he said: “Everything was covered in oil, it was a grim, dirty horrible place.

“But I cracked open that box and the gold was as shiny as the day the ship went down.”

Hailed as the “salvage of the century,” over time, this sensational story faded from popular memory, only revived following a visit by Her Majesty the Queen and Prince Philip, Duke of Edinburgh, to the Bank of England in 2012.