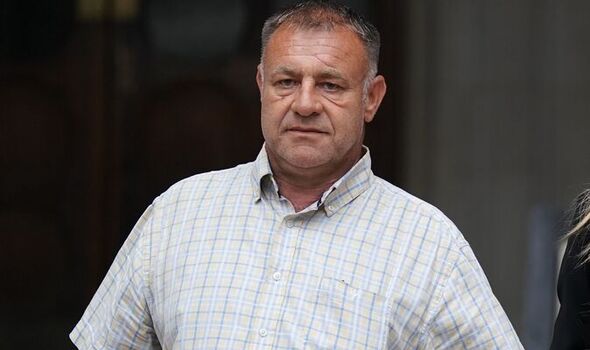 He said Mr Battersbee, in his 50s, had been taken to hospital and was feared to have suffered a heart attack or stroke.

In a shattering blow to Archie’s parents and supporters, they went ahead and the 12-year-old’s life support can be legally switched off.

But in another dramatic move, they agreed to “stay” the end of Archie’s treatment by 48 hours so lawyers for his parents can approach the European Court of Human Rights.

Archie was found unconscious by his mother with a ligature over his head on April 7. She believes he was taking part in an online challenge.

He suffered “catastrophic brain damage,” has not regained consciousness since and is in a “comatose state.”

Ms Dance and Mr Battersbee, of Southend, Essex, had asked the Court of Appeal to delay the final verdict on the boy’s medical care.

She said she had seen indications that her son, who is attached to a ventilator, had twice tried to breathe for himself in the past few days.

Archie’s parents, who are separated, are being supported by the Christian Legal Centre.

Andrea Williams, the chief executive, said outside court: “I am very disappointed that they have not adjourned this decision given that Mr Battersbee has been taken to hospital. I’ve been in touch with Archie’s mother – she is disgusted.”

Archie is being treated by specialists at the Royal London Hospital in Whitechapel, east London, where doctors think he is “brain-stem dead,” the court heard.

In their opinion, life support should be ended as it is not in the boy’s best interests.

The Battersbees had challenged a ruling by Mr Justice Hayden in the High Court.

He said medical evidence was “compelling and unanimous” and painted a “bleak” picture.

The judge described what had happened to Archie as a “tragedy of immeasurable dimensions.”

But his parents, who are separated, wanted the case to be reviewed by a third High Court judge.

Their lawyers argued Mr Justice Hayden had not given “real or proper weight” to Archie’s previously expressed wishes and religious beliefs and the family’s wishes.

They argued he also failed to carry out a “comprehensive evaluation” of the benefits and burdens of continuing life-support treatment and was wrong to conclude that treatment was burdensome and futile.