Hollie Dance and Paul Battersbee yesterday lost a Supreme Court bid to keep the life support going. This came after the High Court rejected a request from the UN Committee on the Rights of Persons With Disabilities to keep Archie alive so its case could be heard.

It added: “The panel reaches this conclusion with a heavy heart.”

But Ms Dance said she would “fight to the bitter end”. 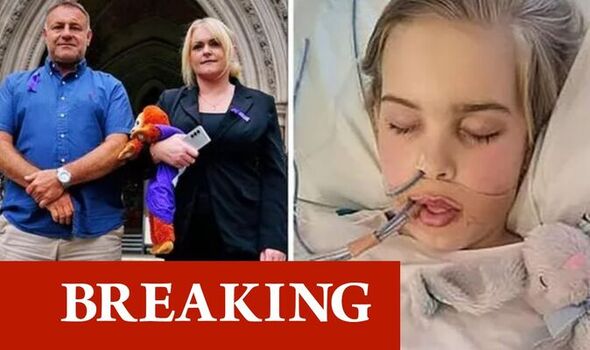 Archie’s mother has said she believes her son is making progress and that judges are wrong to argue it is not in his best interest for life support to be continued.

The 12-year-old boy has been in a coma since he was found unconscious by his mother on April 7.

He has not regained consciousness since this time.

Following the Supreme Court ruling, it was reported Archie’s life support would be switched off at 11am on Wednesday, today.

Ms Dance soon announced her legal team will be submitting an application to the European Court of Human Rights by 9am in another attempt to postpone the withdrawal of her son’s treatment.

She said: “Our solicitors will be filing to the European Court of Human Rights.

“They’ve been given a strict timeline of 9am. Again, no time whatsoever.

“Every single court case we’ve had, we’ve had no time at all, one or two days to prepare and get the whole case together.”

Ms Dance described the 9am timeline as “cruel”.

Barts Health NHS Trust have said life support will be terminated at 11am if an application is not submitted to the ECHR in time, according to the BBC.

The legal action by Archie’s parents has been supported by the Christian Legal Centre.

This said an application would be submitted in time “in order to give Archie more time”.

Speaking about the system which she has had to battle since April, Ms Dance said: “I hope I’ve paved the way for any other parents that want to go up against a trust in this country and the justice system.”