Former Labour MP Madeleine Moon attacked incoming cuts to the UK’s defence forces. While speaking on Sky News, she insisted it was important to have a significant level of quality military experts in place at all times. She added that the dangers to the UK did require international cooperation but warned the UK still needed to maintain high-quality people throughout the military despite technological advancements.

She added the biggest standing forces in NATO remained the US and Turkey and questioned the UK’s over-reliance on these two countries.

She said: “What worries me is there is a failure to recognise that in deterrents, in the military you have to have a range of what are called ‘SQWEP’, suitably qualified well-experienced people.

“Every time you cut the military, you are reducing the number of people that fit that description.

“I just wonder if there is a failure to recognise that how good the tech, or how many drones you have got, you need mass to take and hold territory, you can’t do without it. 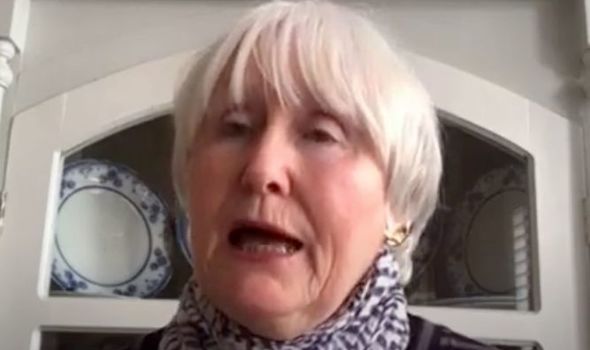 “At the moment, the only big standing forces in NATO are the US and Turkey.

“Are we going to be basing our security on relying on the US and Turkey to do all of the taking and holding?”

Ms Moon admitted that the military will always want the most hi-tech gear for its forces.

However, she insisted there should be just as much interest in traditional military desires.

Defence cuts: Insider says there will be ‘difficult choices’

She continued: “Hi-tech is always something the military wants, they are always after the latest kit.

“But it is time we also need to be focussing on the capabilities, training and number of people we can call on to protect us.

“At the moment we are having to step back because we are spreading ourselves too thin.

Defence review is likely to see the loss of military vehicles and some aircraft as the UK attempts to modernise.

It is also expected to see the British army cut by around 10,000 soldiers.

This will see the number of soldiers cut down to around 70,000.

But the Government suggested that there would be additional “ships, submarines and sailors”