Health Secretary Matt Hancock today announced parts of the east, southeast and southwest of England would be moving into Tier 4, the most stringent of the alert levels. Mr Hancock said the rising cases were down to a new strain of Covid 19 found to be circulating around London and the southeast. Addressing the country from Downing Street, the Health Secretary said: “We know that the three-tiered system worked to control the old variant, and is working now in large parts of the country, especially in northern England. But, we also know that Tier 3 is not enough to control the new variant. This is not a hypothesis, it is a fact, and we’ve seen it on the ground.”

Mr Hancock said cases have risen by 57 percent in the last week alone.

The average daily hospital admissions due to Covid are 1,909 a day – making it the highest figure since the country reached the peak in mid-April.

There are more than 18,000 people in hospital right now, almost as many as when the pandemic first began, according to Mr Hancock.

Mr Hancock added: “And yesterday, 691 deaths from coronavirus were reported. That’s 691 people who have died just before Christmas.” 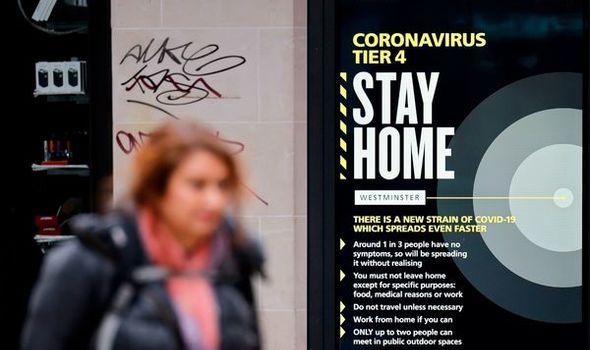 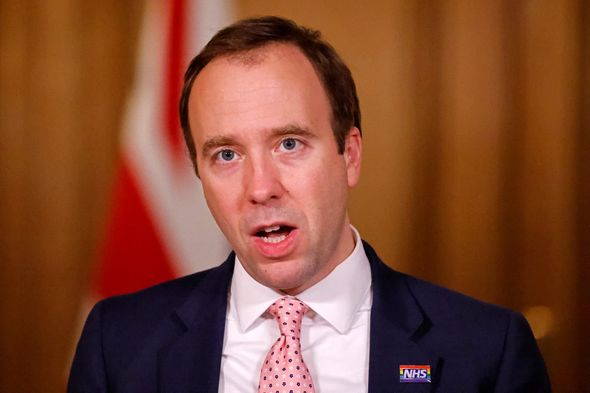 Are we going into lockdown after Christmas?

As it stands, no plans have been announced for the country to enter another national lockdown on Boxing Day.

However, Tier 4 is akin to a national lockdown in the sense that everything non-essential is forced to close and people can’t mix outside of their household or support bubble.

Tier 4 restrictions already apply to a number of areas in the country, including all 32 boroughs of London and the City of London, and large parts of the south east and east. 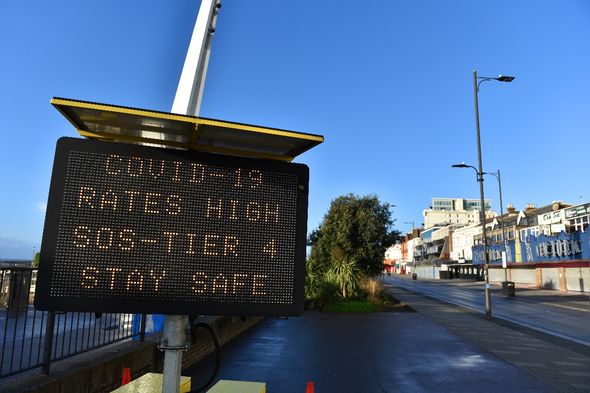 Tier 4 will be implemented in: 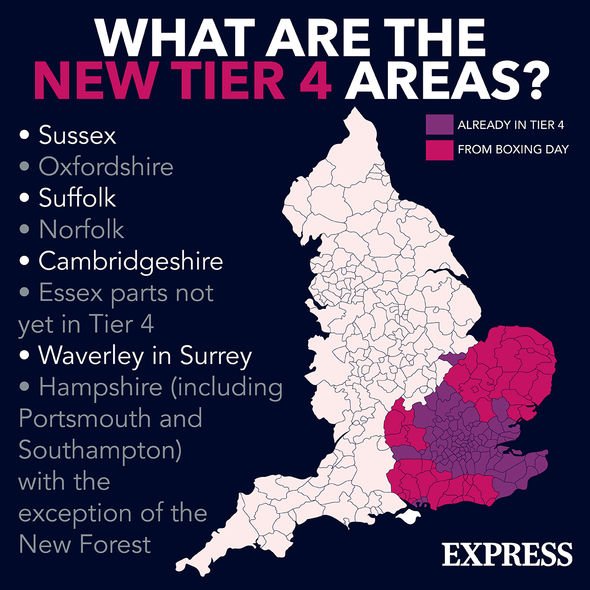 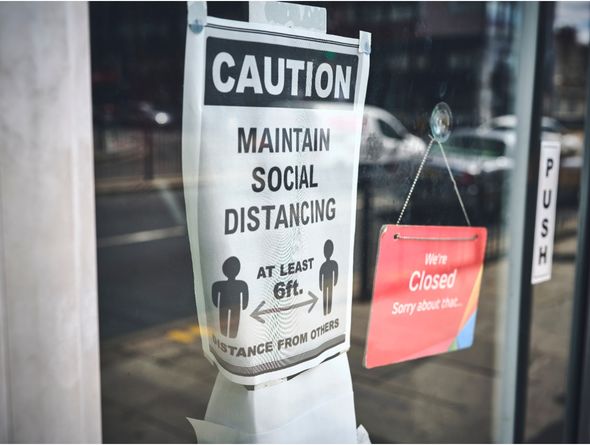 The announcement means that 34.3 million people, equivalent to 52 percent of the overall population, will be living in Tier 4 from Boxing Day.

Dr Jenny Harries, one of England’s deputy chief medical officers, said the tier change was aimed at “encouraging and tightening our own behaviours” in areas where people tend to “stray off course a little bit”.

If regions don’t come under control and need to be moved to a higher Tier again, Mr Hancock he wouldn’t hesitate to “act incredibly fast”.

Mr Hancock insisted: “The current tiers are working. We’ve all got to take responsibility for our own actions.”

The Health Secretary dealt another blow today when he announced two cases of another, “more transmissible” Covid strain were discovered in the UK, with links to South Africa’s mutant strain.

He warned: “This new variant is highly concerning because it is yet more transmissible and it appears to have mutated further than the new variant that has been discovered in the UK.”

Anyone in Britain who has been in South Africa in the last two weeks, or any of their close contacts, have been told to quarantine immediately, meaning they “must restrict all contact with any other person”.