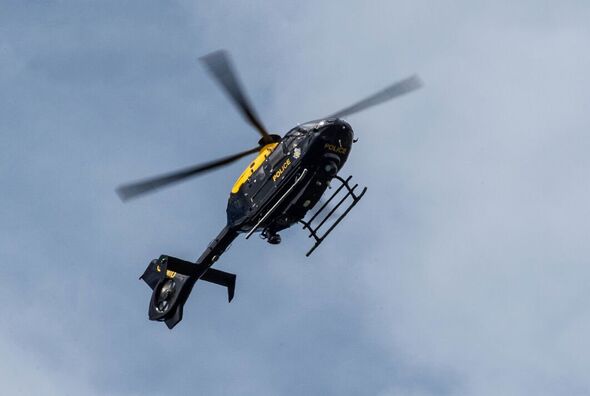 Emergency services and armed police rushed to the scene of a Devon holiday park on Christmas day after reports of “significant disorder”. Police confirmed there was a serious incident at Welcome Family Holiday Park in Dawlish Warren and units are at the scene.

A spokesperson for Devon and Cornwall Police would not disclose full details but did confirm officers were at the site this morning.

The spokesperson said: “There was an incident overnight. There is still a police presence at the site.”

A police statement said: “There was significant disorder at the Welcome Family Holiday Park in Dawlish Warren during the early hours of December 25.

“Police are investigating a GBS [Grievous Bodily Harm] related to the disturbance.

“Police presence in the area will remain highly visible for the next 24 hours to respond to community concerns.”

Staff at the popular site are said to be “very upset” by the incident which comes at a time of traditional festive holidays for Britons.

Witnesses vented their fury online with some social media users claiming their Christmas had been “ruined” by the chaos.

Others reported families were forced to leave the site and leave Christmas presents behind after the holiday park’s clubhouse was “smashed up”.

The claims about vandalism have not been confirmed by the police.

It comes as warnings about the impacts of rail strikes on festive getaways were heeded by travellers resulting in little extra impact on Britain’s roads on Christmas Eve, a motoring organisation has said.

Motorway travel appears to have been smooth for most of the country, the AA said.

Some rail passengers faced delays as they rushed to get the last trains before Christmas Eve services came to a halt early due to industrial action.

The walkout by thousands of members of the Rail, Maritime and Transport union (RMT) at Network Rail meant trains stopped running early, and some routes had no services all day.

It had been expected the knock-on effect would see added pressure on the roads on what is normally a busy travel day as people head home or away for the holidays.

But an AA spokesman said it appeared people had taken on board travel warnings and made alternative plans.