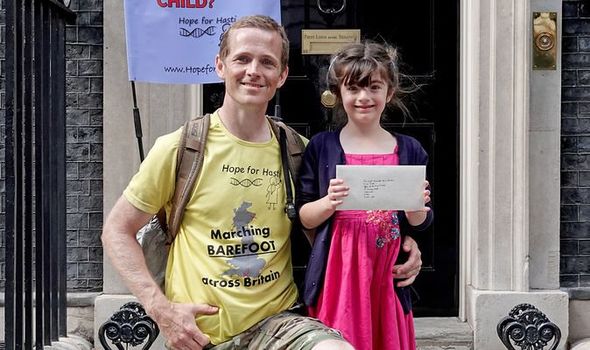 CdLS, is a rare genetic disorder which affects growth and development. Only 400 people in the UK and Ireland are known to have the condition. Speaking outside Downing Street, 16 days into his 700-mile journey, Major Brannigan said: “Life is really hard for Hasti.

“So I thought it’s only fair that I make it hard for myself because at any point I could stop and put shoes on, get in a taxi, or just go home, but she’s just not going to get better.

“She doesn’t have a choice, unless I can raise the money she needs to create the first ever gene therapy for CdLS.”

Major Brannigan is raising £400,000 for research into the first gene therapy treatment for CdLS and to highlight the struggles of all those affected by rare conditions.

The petition, which gained more than 11,000 signatures within 24 hours, is calling on the Government to complete its review of the National Framework for Rare Diseases to improve the lives of 3½ million people in the UK who will be diagnosed with a rare disease in their lifetime. 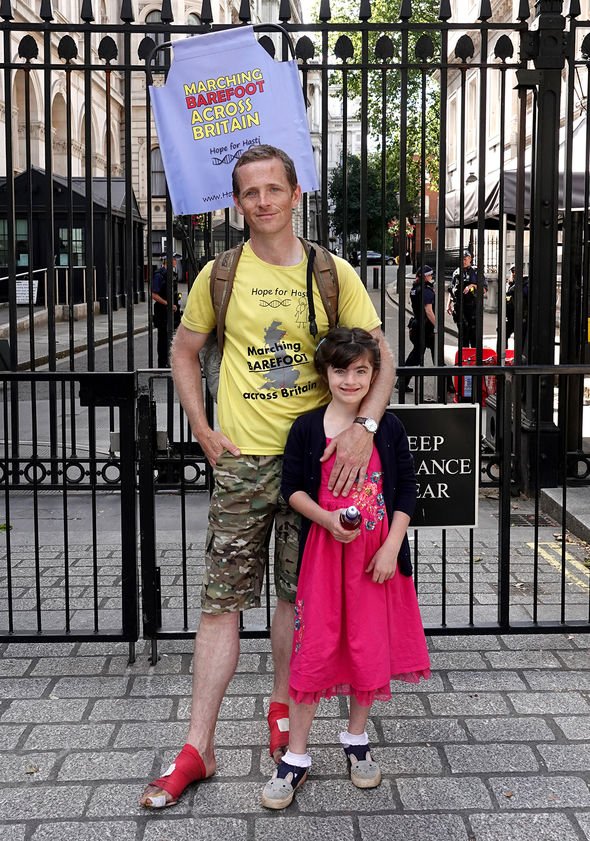 Speaking about the petition, Major Brannigan continued: “Children with rare diseases are a forgotten population in the UK.

“They deserve to have treatments and opportunities like every other child and more needs to be done to ensure that they get those things.”

Throughout the walk, Major Brannigan has been carrying 25kg on his back and said he will allow himself one rest day for his feet to recuperate.

His longest day saw him walk 30 miles after getting lost, taking 12 hours. 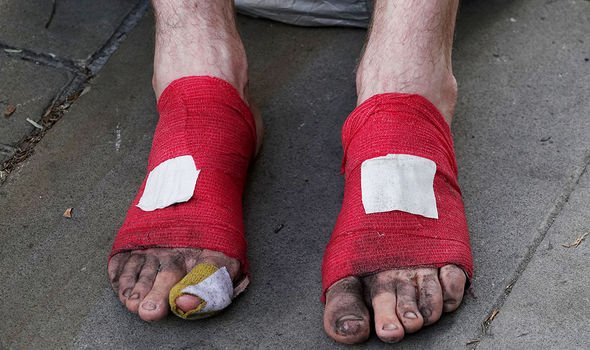 The father-of-three, from West Byfleet in Surrey, said that the “darker moments have been when I’m on my own” but added, “what has kept me going is the thought that if I stop and don’t raise the money for Hasti, she won’t get the life she deserves.”

Major Brannigan said the highlight so far had been “the support I’ve had from people who are incredibly kind.” 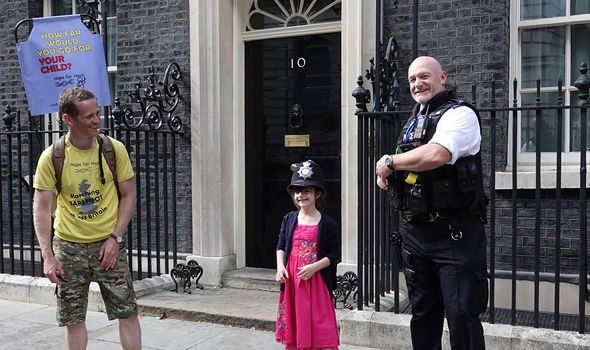 She said: “We need to keep an emphasis on improving services, access to funding and supporting research because for the majority there are no treatments and cures.”

Miss Spink added that she would like to “see more investment in rare disease research at a governmental level” instead of being left down to parents, charities and advocacy groups.