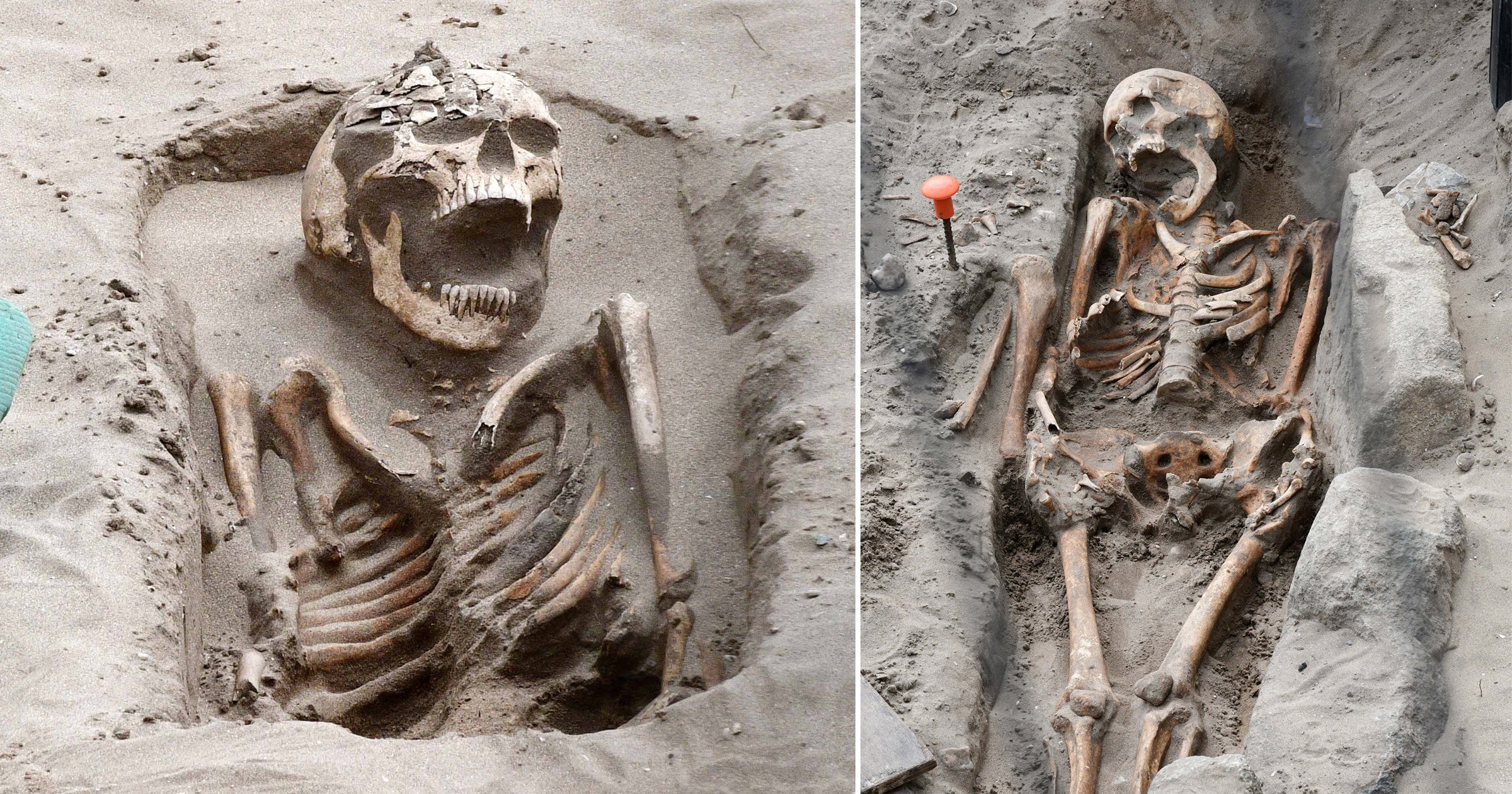 Up to 200 skeletons believed to date from the 6th century have been unearthed in mass graves at one of Britain’s best beaches.

The medieval burial site remained hidden in the sand in Wales for more than 1,000 years until it was exposed by stormy weather and natural erosion.

Archaeologists discovered the graves just below the surface of sand dunes at Whitesands Bay, a Blue Flag beach near St David’s in Pembrokeshire.

The site is thought to be a medieval trading post with the bones – well preserved from being buried in the sand – said to belong to members of an early Christian community.

All the graves were aligned with the head pointing west and had no possessions – in keeping with early Christian burial traditions.

Now a team from Dyfed Archaeological Trust and the University of Sheffield are in a race against time to prevent the burial ground disintegrating into the sea and discover what other secrets the sand dunes could hold.

Archaeologist Jenna Smith said: ‘It’s really important because the preservation of the bones, as they are in sand, is absolutely incredible.

‘We’ve lifted over 90 burials in the last three weeks. It’s really important that we do so because it gives that snapshot in time which we don’t normally get in Wales. The bone doesn’t normally exist.’

The excavation began after the bones were spotted by eagle-eyed members of the public.

Analysis by experts at the University of Sheffield revealed the remains were from men, women and children of all ages.

Some of the skeletons were found in ‘cists’ – graves lined and capped with stone slabs, in accordance with a common burial tradition practiced across western Britain during medieval times.

But the earliest appear to belong to a Bronze age funerary cairn – a pile of stones used as a burial monument – later overlaid by the cemetery, shown by radiocarbon dating to have been in use between the 6th and 11th centuries.

The site has been a magnet for archaeologists since the 1920s.

The Dyfed Archaeological Trust said there is ‘still a significant amount of evidence left to excavate,’ including an ‘intriguing’ stone structure which pre-dates the burials.

It is hoped the remains will allow analysts to determine what the people ate and even the year of their birth.