Arthur Chatto is the grandson of Princess Margaret, Her Majesty Queen Elizabeth II’s younger sister. The 23-year-old mostly spends his life outside the spotlight but does attend occasional royal events, such as the celebrations for Her Majesty’s Platinum Jubilee in June and her state funeral earlier this month. He sat alongside his mother and father, Lady Sarah and Daniel Chatto, and his older brother Samuel during the service at Westminster Abbey.

While his public appearances are brief and rare, Arthur often becomes the centre of royal watchers’ attention when the come around. During the Jubilee, fans gushed over the Chatto brothers as they joined royals at the service of thanksgiving at St Paul’s Cathedral.

Arthur wore his Royal Marines uniform, while Sam, 25, who is an artist, was smart in a morning suit. One Twitter user posted: “Not to be unroyal but Sam & Arthur Chatto are so fit #PlatinumJubilee #thanksgiving.”

Another wrote: “Arthur Chatto really is a dish.” 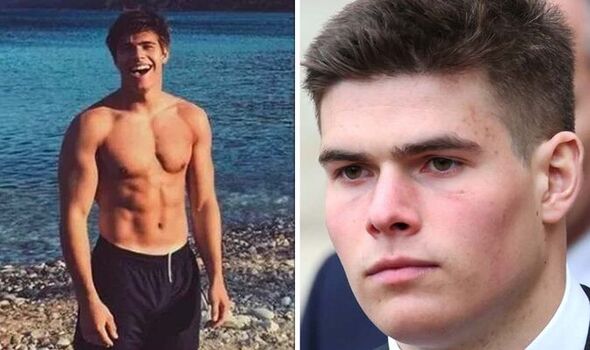 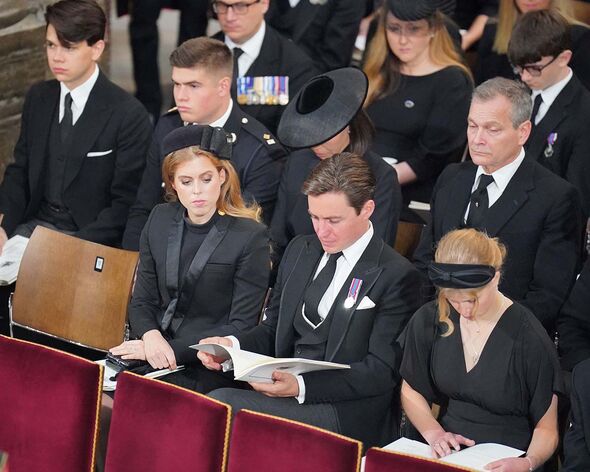 It is not the first time Arthur has attracted attention for his good looks. Back in 2019, Vanity Fair dubbed him the “new royal bachelor” after the then-university student posted a shirtless picture on Instagram.

Due to his distant royal relations, Arthur is not restricted by the same social media rules as those in the inner circle. So, in January 2019, the younger Chatto brother posted a topless photo of himself hiking Lochnagar mountain in Scotland. The simple caption read: “Trekking in the Scottish highlands.”

He gave insight into his life as a royal and even snapped a pic at Prince Harry and Meghan Markle’s wedding in May 2018, writing: “Many congratulations to Harry and Meghan. Wishing you all our love in the future.”

Arthur amassed over 150,000 followers and had been known to post cheeky snaps, earning him the nickname “royal thirst trap”. 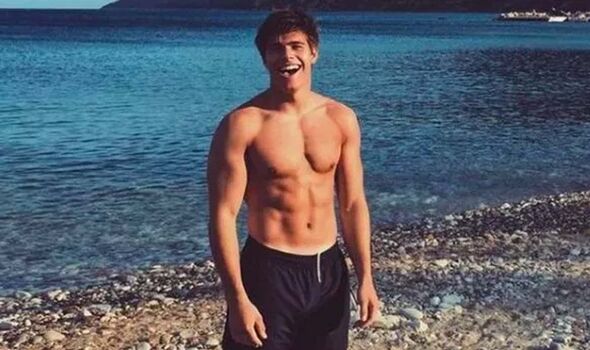 “I look forward to seeing this episode of The Crown,” one fan wrote, referencing the hit Netflix series featuring his grandmother Margaret.

Another wrote: “Prince Harry who?”

Arthur even received a handful of marriage proposals amid the internet frenzy over his posts. But to the disappointment of his loyal followers, the young royal later deleted his Instagram account.

It came a month before it was revealed that Arthur would be joining the Royal Marines, making him the first member of the Royal Family to embark on the training course since Prince Edward. 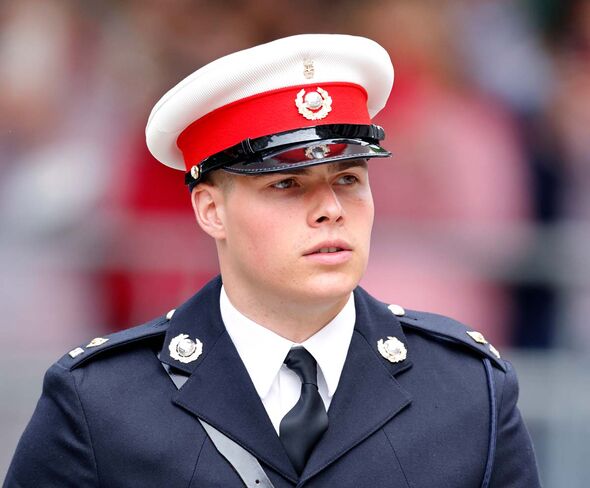 According to The Sun, Arthur told his great aunt while visiting her at Balmoral Castle, a source telling the newspaper: “Arthur Chatto has been accepted to train as an officer in the Royal Marines.

“He told the Queen all about it and she’s pleased and proud. Prince Edward has been very supportive. Arthur has even been going off into the wilds at Balmoral with all his kit and camping out as he prepares for the commando training.

“He has gone straight into the officer training in this year’s intake and is very keen and up for it. It’s a dead cert he’ll get a lot further than Prince Edward ever did.”

Edward spent three years in the Royal Marines as a university cadet but dropped out after completing one-third of his training. 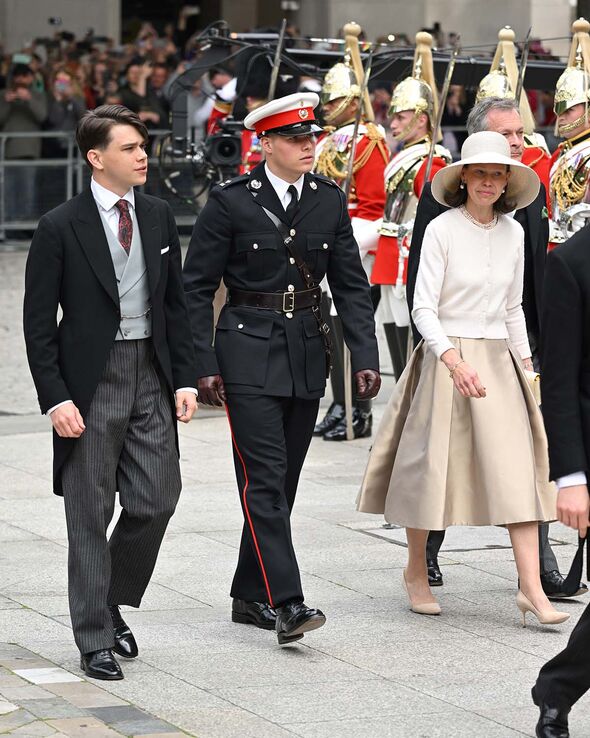 Arthur is following in the footsteps of many royal men who came before him including Prince Philip, who was captain-general of the Royal Marines until Prince Harry succeeded him. The Duke of Sussex had to stand down after he and his wife Meghan Markle relinquished their roles as working royals.

Harry served in the army for a decade and undertook two tours of Afghanistan. His involvement in the military continues in his role of patron for the Invictus Games, an international sporting event for wounded, injured and sick veterans and service personnel that he founded in 2014.

Prince William attended Sandhurst Military Academy and became an army officer in 2006. He was later a search and rescue helicopter pilot for the RAF, undertaking 156 missions over three years before giving up his position to become a full-time working royal.

Arthur, a former personal trainer, proved his mental and physical ability in 2020 when he rowed around Great Britain for charity. He was part of the youngest team to take part in the challenge which raised £21,500 for the British Red Cross and the conservation charity Just One Ocean. It took them 42 days to complete the 2,000-mile journey, setting the world record for the youngest team to complete this route, and also for the fastest supported row.