Video footage of an Asda security guard knocking a customer out with a vicious punch has triggered an investigation.

The man in his 20s was then dragged out of the store by his hoodie.

Clearly dazed, he can be seen struggling to get to his feet, falling to the ground several times.

The force of the punch caused his legs to crumple beneath him, suggesting he was unconscious before he hit the floor.

His head can be seen bouncing off the ground before he is roughly dragged across the floor.

It is unclear what prompted the attack in the first place.

After the incident, the guard walks away but a member of the public is seen in extended footage coming to the young man’s aid and handing him his phone. 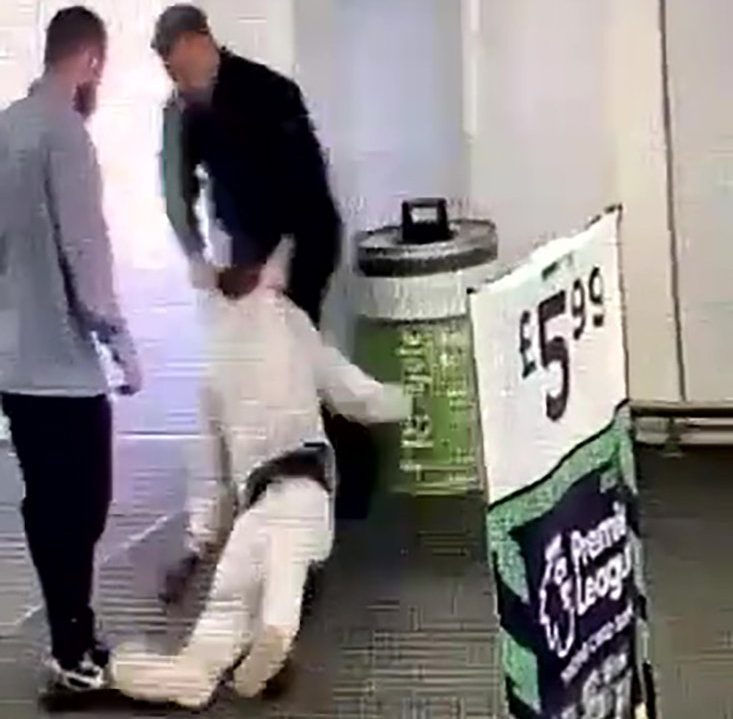 The footage, seemingly filmed on a CCTV monitor, shows the victim walking away but swaying on his feet.

Essex Police confirmed they are investigating the incident, which happened at an outlet in Shoeburyness.

A spokesperson confirmed they were ‘called to the Asda store in North Shoebury Road to reports of a disturbance where a man in his 20s was assaulted’.

An Asda spokesperson told MailOnline: ‘We do not tolerate violence in our stores and are investigating the incident in our Shoeburyness store as well as supporting the police fully with their enquiries.

‘As this is an ongoing police investigation we cannot provide any further comment at this time.’