The official Instagram for Pride of Britain shared a video celebrating ‘Pride of Birmingham’ last night. The video featured a photograph of baby Azaylia alongside a message that read: “Dedicated with love to all those bravely fighting their own battles. You are all heroes.”

Azaylia’s mum, Safiyya Vorajee, commented on the post: “Amazing Azaylia you are my hero, and to all those who are battling a journey be brave, stay strong.”

Safiyya then shared the clip to her own Instagram page saying: “Azaylia, I am forever proud of you and the awareness you have made. Pride of Britain, you truly deserve this”.

Before Azaylia’s death, the Ashley and Safiyya had just raised over £1million for her to get specialist treatment in Singapore. Sadly, doctors found tumours throughout her body – including on her brain. 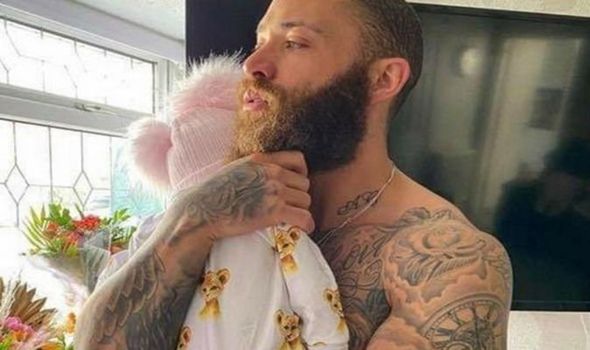 In the weeks that followed, Azaylia needed several blood transfusions as she started to cry blood and suffer nosebleeds. Purple bruises also appeared on her body as her illness meant that her blood could not clot.

She stopped breathing several times and began to suffer seizures in her final days, with Safiyya and Ashley providing their daughter round-the-clock care alongside their close family members.

Azaylia passed away at home on April 24, with Ashley and Safiyya both paying emotional tribute as they broke the news on social media the following day.

On Ashley’s post which read: “[Azaylia is] proof that you can walk through hell and still be an angel.” Stacey Solomon said: “Heartbreaking… I am so sorry to every single child and parent who is suffering, has suffered and will never stop suffering.

“It is so cruel and so unfair. Rest in paradise Azaylia.”

Alesha Dixon said on her Instagram: “Rest in eternal peace beautiful Azaylia. You’ve touched all of our hearts little lion.”

Samantha Faiers wrote on Ashley’s post: “Rest in peace little angel. You’re in a beautiful place surrounded by nothing but love.”

Kate Ferdinand also commented on the post to share her sympathies. She wrote: “So heartbroken for you all, rest in eternal peace beautiful Azaylia. Sending you so much love.”