Northern Ireland’s first minister has said “men need to step up” to help prevent abusive behaviour towards women and girls at a moving vigil in memory of Irish teacher Ashling Murphy.

Paul Givan, who together with deputy First Minister Michelle O’Neill is one of the joint leaders of the Stormont government in Belfast, said women should feel safe, be respected and not be objectified.

Irish police are still hunting for the killer of the 23-year-old primary school teacher, who was found dead after going for a run on the banks of the Grand Canal in Tullamore, Co Offaly, in the Republic of Ireland.

Officers have identified a new person of interest – who is believed to be in hospital in the Dublin region receiving treatment – and are waiting to speak to him. 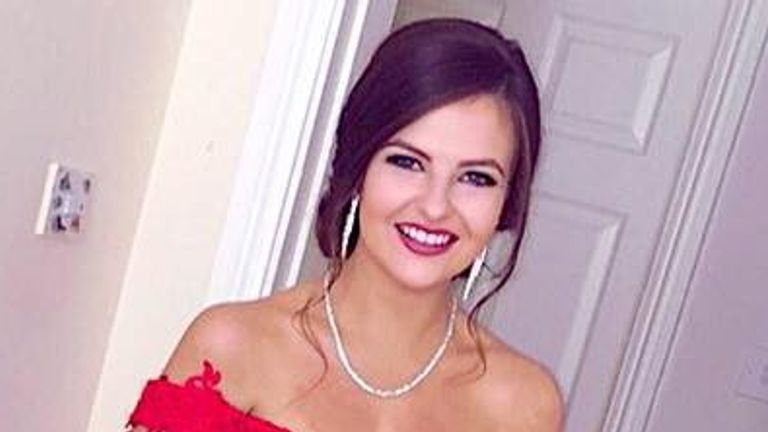 At the weekend, runners across Ireland and the UK stopped to remember Ms Murphy after her murder shocked both nations.

On Monday morning, Mr Givan, other members of the Northern Ireland Assembly (MLAs) and MPs came together to pay tribute to the Co Offaly teacher in front of the parliament buildings at Stormont, Belfast.

They gathered in front of a portrait of Ms Murphy and a bunch of flowers. ‘We all must take personal responsibility’

Addressing the gathered MLAs and members of the UK parliament, Mr Givan said: “All of us have come together in the past number of days to show our revulsion for what has happened to Ashling Murphy and to stand in support of Ashling and her family.

“We are struck by the last words Ashling said to her mum, ‘Mam, I love you’, before she left.

“As a father of three daughters I know last night when I was in Lisburn and we held a vigil, I was thinking about them.

“I was thinking about the type of society that they are growing up in, and when they get to that age they should feel safe, they [should] be respected, they should not be objectified.”

He added: “They should not have to suffer the kind of bad behaviour which often is directed at women and girls.

“We all must take personal responsibility to change our society. Men need to step up and challenge this type of behaviour.” She said: “There are simply no words to convey the cruelty and injustice of what happened to Ashling, nor the heartbreak and sorrow of her loss. Our hearts go out to her family and all who loved her.

“Domestic, sexual and gender-based violence is an epidemic.”

SDLP deputy leader Nichola Mallon told those who had gathered that Ms Murphy’s murder represented an attack on all women.

Campaigners are demanding that more be done to tackle domestic, sexual, and gender-based violence in Ireland in the wake of her murder.

Mary McDermott, chief executive officer at Safe Ireland, which campaigns for women’s and children’s safety, pointed out that the Republic of Ireland currently does not have a minister with full responsibility for gender-based and domestic violence.

“Refuge and support services are under (the department of) children and the rest of the responsibility, which we know requires a whole of government response, is scattered across the rest of government departments,” Ms McDermott told RTE Morning Ireland.

The Republic of Ireland’s minister for justice, Helen McEntee, said over the weekend that a new “zero-tolerance” government strategy to tackle domestic, sexual and gender-based violence will be published by the start of March. Irish police have said they have identified a new person of interest – who is believed to be in hospital in the Dublin region receiving treatment – and are waiting to speak to him.

The Gardai believe the development of DNA profiles will form an integral part of the search for Ms Murphy’s killer.

Officers are also investigating a complaint from another woman, who said she was followed on the same canal path hours before Ms Murphy’s killing.

The teacher’s funeral is due to place on Tuesday at St Brigid’s Church, Mountbolus, in Co Offaly.

Schools and colleges across Ireland are being urged to observe a minute’s silence at 11am by unions including the Irish National Teachers’ Organisation, Association of Secondary Teachers in Ireland, and Teachers’ Union Ireland.